Tunisian Democracy Stands at the Precipice

Tunisia’s leaders, particularly President Essebsi, have relied on self-serving political consensus that has slowed democratic reforms and exposed the gap between citizens and government. 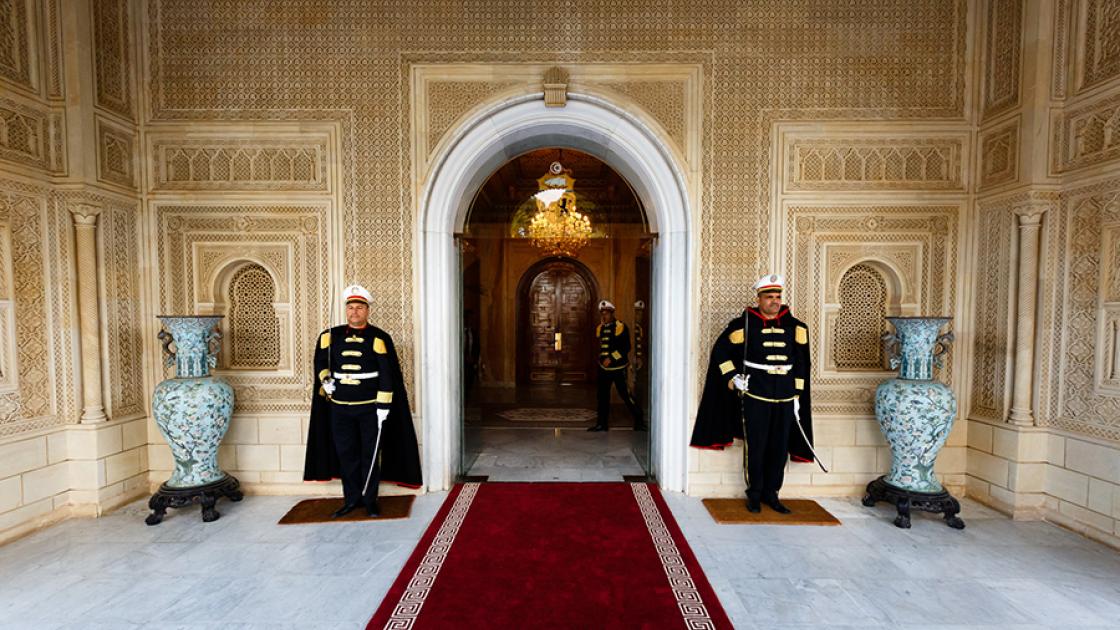 Tunisia’s leaders, particularly President Essebsi, have relied on self-serving political consensus that has slowed democratic reforms and exposed the gap between citizens and government.

Seven years after its revolution, Tunisia has failed to consolidate democracy. The country suffered a sharp score decline in Freedom House’s 2018 Freedom in the World report, reflecting a pattern of authoritarian behavior under 91-year-old president Beji Caid Essebsi. With the latest downgrade, Tunisia has come dangerously close to losing its status as the only “Free” country to emerge from the Arab Spring.

The decline can essentially be traced to the inability of Tunisians to influence the policies of their government. Their lives are not improving, and in some cases they are getting worse. Economic justice is still beyond reach, and the crimes of the old Ben Ali regime have not been prosecuted. The authorities’ response to nationwide protests last month demonstrates that Tunisians’ democratic rights are still not being fully upheld. Nearly a thousand protesters were arrested amid reports of police brutality, arbitrary arrest, and denial of legal counsel. Despite some positive news that 23 protesters from Tebourba were acquitted after suffering abuse at the hands of security forces, it is believed that at least eight activists from the civic movement “Fech Nestanaw” (“What are we waiting for?”) are still being detained for passing out leaflets calling for social justice.

The fundamental freedoms of expression, association, and assembly are guaranteed under the country’s progressive 2014 constitution, but they have not been fully realized or respected. Violations of these rights occur in the shadow of an overreaching executive, which continues to play an outsized role in governance. Cabinet ministries, working closely with the security forces and judicial authorities, are increasingly prosecuting journalists in military courts and refusing freedom of information requests. In May 2017, Sami Ben Gharbia, editorial director of the investigative journalism organization Nawaat, was arrested by security forces and pressured to disclose the group’s confidential sources for reporting on a highly controversial “economic reconciliation bill.” Nawaat noted in a statement that it was the fourth time in a year that Ben Gharbia had been summoned by authorities in violation of the law.

To the government’s credit, terrorism has ebbed since the 2015 attack at a tourist resort in Sousse, but none of these rights violations are related to security issues.

It is true that democracy needs time to take root. But a foundation of independent democratic institutions and constitutional authorities are a prerequisite, and right now, that foundation is not being strengthened. In fact, Essebsi has used the national budget to starve the parliament of the resources it requires to function as an independent center of political power. Last year, the budget for the office of the president alone, at 109 million dinars ($37 million), was almost four times larger than the entire budget for the parliament, at 29 million dinars ($10 million). As a result, lawmakers lack staff and offices. They do not travel outside the capital to consult with the citizens they represent. And they rarely influence bills that their party leaders instruct them to vote on.

The judiciary faces similar problems. Judges and lawyers alike complain of a shortage of courtrooms, a lack of offices for judges, and extensive corruption. The Supreme Judicial Council, which governs Tunisia’s judiciary and ensures its independence from the executive, is also deprived of resources. Last year, it was granted a mere 1.7 million dinars ($570,000). Most importantly, the Constitutional Court, meant to serve as the final arbiter in any constitutional crisis, has still not been set up.

In the meantime, a provisional three-judge committee is supposed to determine the constitutionality of laws, but it has succumbed to external pressure, approving harmful measures like the 2017 “economic reconciliation bill.” A leading Tunisian constitutional expert expressed her frustration with the passage of laws in the absence of a Constitutional Court: “The government commissions us to draft laws in line with Tunisia’s legal obligations, but then lawmakers will make changes to what we have developed based on politics and religion, and passing their versions into law. Their versions are not in accordance with international standards or Tunisia’s constitutional principles.”

Concentrations of power and wealth under the guise of ‘consensus’

In the parliament, the governing coalition of Nidaa Tounes and Ennahda has been working opaquely, crowding out other parties and engaging in secret horse-trading rather than strengthening new institutions, allowing for genuine political competition, or enhancing accountability. In February 2017, Nidaa Tounes and Ennahda amended the local elections law to make it a requirement that each political party nominate candidates for all available seats in a given district. They also made it obligatory for parties to win a certain percentage of votes to receive public campaign stipends. These new rules place an undue burden on new or smaller political parties, effectively handicapping the opposition.

Essebsi’s high-handed leadership of Nidaa Tounes has prompted accusations of insularity and nepotism. Former members describe it as an elite club of rich families where top executives are hand-selected and personal loyalty is demanded. One founding member, Dr. Tasnim Gazbar, distanced herself from her party in 2013 after she sensed the old guard encroaching, and finally left for good in August 2014. Her subsequent experience illustrates how the party operates: “A year later after leaving my party, I kindly refused an invitation by the first lady to rejoin the party and strengthen the position of her son. Soon thereafter, my father received a call demanding the return of his government car. His job was ending.”

For his part, Rached Ghannouchi, the leader of Ennahda, has thus far gone along with Essebsi’s agenda in return for the legitimacy and other benefits his party gains from being in the governing coalition. His political survival instincts apparently tell him to lay low for now, and his party’s base has followed suit. But resentment lurks under the surface, as some supporters fear that Ennahda’s principles and its role as an opposition force are being abandoned. For Nidaa Tounes, sharing power with Ennahda makes Tunisia’s democratic transition appear consensus-driven. But in reality, both parties risk becoming disconnected from citizens.

The coming year will be an important test for Tunisia. Changing course will require Tunisian leaders, particularly President Essebsi, to replace insider deal-making with proper legal and democratic procedure, putting systems in place that allow for more transparency, accountability, and dissent.

To start with, all political parties should publish the sources of their financial contributions dating back to 2011, as required by law. The Constitutional Court should be set up, and long-overdue municipal elections should go ahead as planned this May. The government should abandon any legislative initiative that restricts the freedoms of association and expression. Instead, the parliament should revise Decree 115, as well articles of the penal code, which allow for the prosecution of journalists and activists who criticize the government under vague “defamation” and national security provisions. Finally, Tunisia’s national budget should ensure that the parliament, the judiciary, and the new constitutional bodies are properly funded and able to operate with independence from the executive.

The United States and European countries should hold Tunisia’s feet to the fire. Democracy assistance to the government should be based on specific benchmarks, such as establishing the Constitutional Court, holding local elections that are on schedule and inclusive, and political parties releasing their annual financial statements. Finally, diplomats and the donor community should make a point of meeting regularly with civil society organizations and smaller opposition parties even as they maintain communications with the leaders of the two major blocs. International actors have been focused on ensuring Tunisia’s stability, but the past year has shown that if the country fails to move forward, it will continue its slide backward.