Now that constitutional amendments on a stronger presidency have cleared the parliament, referendum voters must decide whether to endorse their leader’s power grab. 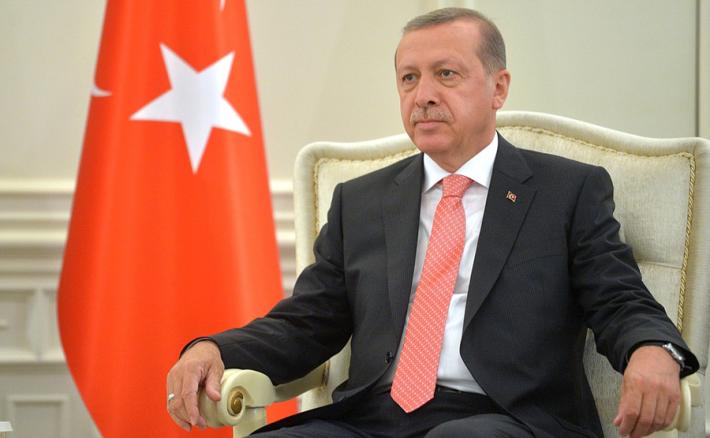 Now that constitutional amendments on a stronger presidency have cleared the parliament, referendum voters must decide whether to endorse their leader’s power grab.

Turkey’s well-documented authoritarian descent took its latest dive last weekend, when the parliament passed a series of dubious constitutional reforms, one of which would allow incumbent president Recep Tayyip Erdoğan to seek two additional five-year terms after his current tenure expires in 2019.

The package of amendments would further erode separation of powers by abolishing the post of prime minister, enabling the president to make a range of new political appointments, and expanding presidential authority under states of emergency. Erdoğan already uses the state of emergency not as a short-term option of last resort, but as a cloak under which to conduct politicized crackdowns on his perceived enemies. Turkey is presently operating under a state of emergency that Erdoğan called nearly seven months ago, after the failed coup attempt of July 2016.

The fact that Erdoğan is maneuvering to retain power after 2019 is unsurprising. What is both shocking and disappointing is that a majority of parliamentarians are helping him tighten the noose around Turkish democracy.

Erdoğan claims that the new constitutional arrangement would resemble the French or American systems, with a president rather than prime minister holding most executive authority. While this glosses over a number of important differences, one stands out: The French and American systems feature regular transfers of power, whereas Erdoğan has already been the paramount leader—first as prime minister, then as president—since 2003. In his hands especially, concentrated presidential power would be wielded as a weapon.

Proponents of the reforms invoke tired justifications for authoritarian crackdowns: economic stability and national security. The former promise speaks to Turks’ fears of a weakening lira and dwindling tourism. The latter seeks to placate citizens who have been rattled by a renewed Kurdish conflict, the volatility of neighboring Syria, and the resultant threat posed by Islamic State militants within Turkey.

More than 130 lawmakers boycotted or voted against the reform package, with one opposition member even handcuffing herself to a lectern in protest. Another lawmaker, Safak Pavey, was injured when ruling party members subsequently rushed the podium and dislocated her prosthetic arm from its socket. That scuffle was only the most recent instance of alarming fistfights in the parliament. Law in Turkey is increasingly coming at the expense of order.

There is still one obstacle that the constitutional amendments must clear: a referendum that will put the matter to a public vote this spring, probably in April.

Once-sturdy freedoms have eroded steadily since Erdoğan’s Justice and Development Party (AKP) took office in 2002. Turkey has jailed more journalists than any other country. Violence against LGBT (lesbian, gay, bisexual, and transgender) people persists, and is often compounded by poor police and judicial protections. Riot police use excessive force against antigovernment demonstrations, as when beatings, arrests, and tear gas were used to break up the iconic 2013 Gezi Park protests. And Turkey’s sizeable Kurdish minority, which in recent years enjoyed new language and education rights while the militant Kurdistan Workers’ Party (PKK) held peace talks with the government, is once again being treated as a threat to the state as heavy-handed security operations displace Kurdish civilians in Turkey’s southeast.

Critics have cautioned that a vastly strengthened presidency would drag Turkey not forward, but backward—perhaps all the way back to the Ottoman-era sultanate. If Erdoğan gets his way in the upcoming referendum, observers should expect an acceleration of his current agenda: long-term maintenance of a state of emergency, possibly punctuated by brief reprieves; further strangulation of the press; a scaling-up of security operations in Kurdish-majority areas of southeastern Turkey, accompanied by disregard for Kurds’ safety and basic political rights; and further purges of political and ideological opponents.

Of course, conditions will not automatically improve if Turkish citizens reject the constitutional reform package. But a public rebuke would accomplish two things. First, it would check Erdoğan’s personal power, retaining existing barriers that limit his assault on political opponents and human rights defenders. Second, it would send a hugely important message that the Turkish people are not so cowed by their country’s challenges that they will sign away their own freedoms to a dictator.