In Ukraine, Politicians Begin to Turn on the Activists Who Brought Them to Power

By stepping back from consultation with civil society groups, Ukrainian officials are sidelining a force that drove the 2014 revolution and subsequent democratic reforms. 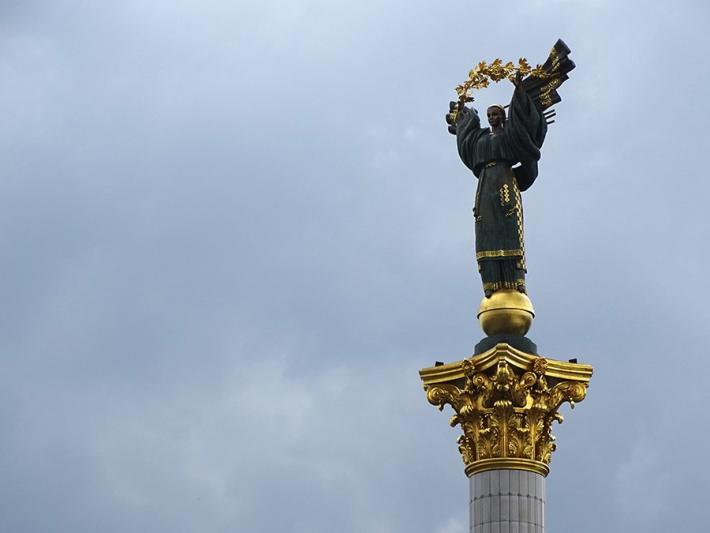 By stepping back from consultation with civil society groups, Ukrainian officials are sidelining a force that drove the 2014 revolution and subsequent democratic reforms.

A version of this article was first published in Ukrainian by Ukrinform on June 7, 2017.

The partnership between civic activists, reformers, and political leaders in Ukraine has become badly frayed, threatening the remarkable democratic progress the country has made since the Revolution of Dignity in 2014. With political leaders increasingly making important decisions without any meaningful public consultation or discussion, and with those who seek to participate in key debates with policymakers and society facing apparently targeted attacks, Ukraine’s democratic development is at an important crossroads.

After freeing itself from the authoritarian yoke of the Yanukovych government, Ukraine launched on a grand reform agenda in which civil society played a vital role, not only by marshalling citizens across the country to support meaningful solutions to challenging problems, but by constantly pushing leaders to take the necessary steps and providing essential technical assistance. Without civic activism, not only would there not have been a revolution on Maidan Nezalezhnosti, but Ukraine would not have the National Anticorruption Bureau, visa-free travel to the European Union, the new Patrol Police, and other key accomplishments.

Yet the Verkhovna Rada and the government have recently moved forward with numerous laws and policies without any genuine consultation with civil society, including policies that directly affect civil society groups themselves.

For example, the Verkhovna Rada appears set to approve a new Ombudsman, the Ukrainian government’s official human rights watchdog, without considering any candidates suggested by human rights and civil society groups. What is worse, the candidates under consideration have little human rights experience and strong political party affiliations. As a result the institution will likely be tainted by politics, lose its UN accreditation for noncompliance with the international standards known as the Paris Principles, and not be taken seriously by counterparts in Europe and elsewhere. Civil society has repeatedly called for consultations and transparency during the process, while politicians have referred to a procedure under the Ukrainian law that, according to the Organization for Security and Co-operation in Europe, is not currently in line with the Paris Principles. Such reliance on “political agreements” undermines citizens’ trust in the government and discourages Ukrainians from more actively participating in the life of the country.

The government also completely abandoned consultation with civil society before introducing an e-declaration requirement for civil society activists. With this decision, not only did Ukraine borrow from the playbook of neighbors to the east that do everything they can to prevent their citizens from engaging in public life, it also opened itself up to significant criticism from its international supporters—democratic governments and international organizations alike. Other state actions have raised similar concerns, such as the criminal investigation that targeted and temporarily paralyzed a respected think tank, the International Centre for Policy Studies, apparently in connection with its efforts to foster a discussion about how to achieve peace in Donbas.

Freedom House’s Nations in Transit 2017 report found that “civil society remains the strongest element in Ukraine’s democratic transition” and “plays a crucial role in driving reforms aimed at building a functional democracy and rule of law.” While civil society complemented the work of reformers in the government by “drafting and advocating legal acts, and communicating vital reforms to the media and wider society,” this collaboration is now breaking down. Even more worrying are attempts to strike back at dogged drivers of reform such as anticorruption activists. It is hard to interpret the introduction of the e-declaration requirement—which was rushed through the Verkhovna Rada and approved by the president without any consultation—as anything but payback for activists’ constructive and critical efforts to implement reforms.

An active citizenry is supposed to engage and sometimes criticize political leaders, challenging them to fulfill their promises. Pluralism, the ability to freely critique the government’s actions, and freedom of expression and speech are all vital for any democracy, and especially crucial at the current stage of Ukraine’s development as a sovereign state. Civic participation in policymaking and political life is not only a human right, it is also essential to the European integration of Ukraine, which most Ukrainians say they want, and to the democratic identity of the country. Ukraine’s leaders must constantly seek ways to involve individual citizens and the civil society organizations they form to advance their interests.

As one commentator noted, while evidence of a revanche against the Revolution of Dignity and its demands for reform and accountability is growing, “in chaotic situations, it’s vital to maintain a clear mind.” Civil society must maintain its own clarity of purpose and keep pressing for democratic change, insisting on its role in advising and pushing Ukraine’s leaders. For their part, Ukraine’s leaders should take activists’ input for what it is—a genuine effort to make Ukraine a better and freer country.