The pardon of Reuters journalists should not be mistaken as evidence authorities are easing restrictions on free speech. 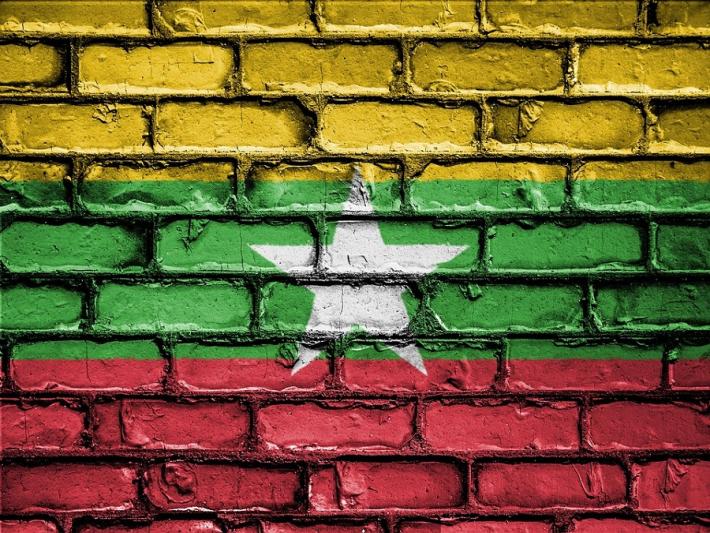 The pardon of Reuters journalists Wa Lone and Kyaw Soe Oo should not be mistaken as evidence authorities are easing restrictions on free speech.

In May, Myanmar’s president Win Myint pardoned Pulitzer Prize-winning Reuters reporters Wa Lone and Kyaw Soe Oo as part of an amnesty of more than 6,000 people. The journalists, who spent over 500 days in prison before their release, were first arrested while uncovering a massacre of 10 Muslim Rohingya men and boys, who were murdered by Buddhist villagers and members of the military. At a time when human rights and democracy are under threat internationally, the release of Wa Lone and Kyaw Soe Oo serves as a reminder that public and private pressure from civil society, diplomats and foreign governments, and an influential news outlet like Reuters can still be effective in remedying rights violations.

A closer look, however, at the Reuters case uncovers sobering truths. The reporters were widely understood to have been entrapped by police and subjected to an unfair trial, and Burmese authorities’ decision to pardon them, rather than overturn their conviction, allowed the government to admit no fault. Further, other local journalists and internet users who have not benefited from such a powerful international campaign have increasingly been prosecuted under the country’s anti-free expression laws. At stake are not only free expression and press freedom in Myanmar, but also its young experiment with democracy.

The conviction of Wa Lone and Kyaw Soe Oo is one of the country’s more egregious recent examples of politically motivated prosecutions. The case against the two journalists — whose reporting brought to light for the first time accounts in which state security officials implicated Burmese military and police authorities in the atrocities against the Rohingyas — was riddled with manipulative investigative tactics and violations of due process rights. For example, about an hour after Wa Lone was detained — and presumably stripped of his possessions — a WhatsApp message was sent from his phone to another colleague. The journalists’ defense lawyers argued that this post-detention message must have been sent by or at the direction of authorities, thereby suggesting that any evidence found on the journalists’ phones may have been tainted. This activity would be in keeping with the actions of Burmese police, who have been known to confiscate, demand access to, and conduct warrantless searches of the phones of journalists facing criminal charges. During their trial, the only semblance of judicial independence was when the judge accepted a police chief’s testimony that officers set up the journalists by inviting them to dinner and then handing them the secret government documents they were later convicted of breaking secrecy laws to obtain. This independence, however, was short lived: the chief was later sentenced to prison for violating the Police Disciplinary Act, and his family was evicted from their home. Burmese authorities were also accused of torturing the journalists while they were in detention, subjecting Kyaw Soe Oo to sleep deprivation and forcing him to kneel for hours.

The Reuters case is emblematic of a larger trend in which both Myanmar’s military and civilian leadership alike punish those who dare to criticize them. Despite transitioning from military dictatorship to democracy in 2011, the military retains considerable control over government and politics, most notably around conflict-related issues. While it is no surprise that the military would maintain its antidemocratic posture given its history, civilian authorities are following in the military’s footsteps, including by adding and utilizing powerful new laws to the country’s existing arsenal of instruments for silencing dissent.

Myanmar’s collection of oppression-friendly legislation includes the infamous 2013 Telecommunications Law. Article 68 prohibits the “communication, reception, sending, distribution, or sharing of incorrect information with dishonest intention,” while Article 66(d) criminalizes a broad range of online speech, including defamation. In their research, the civil society group Free Expression Myanmar found that in the majority of the over 150 cases filed under Article 66(d), a government or military-affiliated plaintiff brought charges against journalists or activists; a number of cases resulted in convictions carrying six months in prison. In April, the military sued the news outlet The Irrawaddy under Article 66(d), claiming that its reporting on violence in Rakhine state between the military and the Arakan Rohingya Salvation Army was “unfair.”The Reuters case is emblematic of a larger trend in which both Myanmar’s military and civilian leadership alike punish those who dare to criticize them. Despite transitioning from military dictatorship to democracy in 2011, the military retains considerable control over government and politics, most notably around conflict-related issues. While it is no surprise that the military would maintain its anti-democratic posture given its history, civilian authorities are following in the military’s footsteps, including by adding powerful new laws to the country’s existing arsenal of instruments for silencing dissent.

Provisions of the penal code and other laws have also been deployed against critical speech. Filmmaker and activist Min Htin Ko Gyi, who faces charges under both the penal code and Telecommunications Law over criticism of the 2008 military-drafted constitution, has been denied bail despite serious concerns he could die in prison from complications of liver cancer. In October, the Yangon government, citing violations of the penal code, filed charges against three Eleven Media Group journalists for allegedly publishing “incorrect information” in an article criticizing the government’s mismanagement of taxpayer money. Under the Law Protecting the Privacy and Security of Citizens, a Burmese citizen was convicted in September 2018 to one year in prison for, in part, criticizing a state minister and calling for lower food prices on Facebook.

These types of laws and prosecutions are the mark of more authoritarian regimes, not those serious about democracy. Thankfully, a robust local civil society is focused on reforming the legal system and dismissing existing criminal charges. For example, the coordinated effort #SayNOto66d has targeted the Telecommunications Law, and its focus has since grown to include the repeal of criminal defamation, in light of increasing defamation charges.

The government’s track record — including that of former political prisoner and current state counsellor Aung San Suu Kyi — demonstrates that the civilian leadership is joining the military in growing more hostile toward free expression and press freedom. International organizations, foreign governments, and private actors should do more to support and amplify the efforts of domestic civil society and local journalists, both publicly and through private diplomatic channels with both the military and civilian leadership. The release of Wa Lone and Kyaw Soe Oo shows that the government can be swayed by the right amount of pressure. But as long as Myanmar continues to force journalists and ordinary citizens to toe the state line or face the legal consequences, a successful democratic transition remains uncertain.

This article was first published by The Diplomat on June 7, 2019.