In Uzbekistan, the Seeds of Reform Are Planted in Social Media

The online mobilization of public opinion is a potential express lane to democratic change. 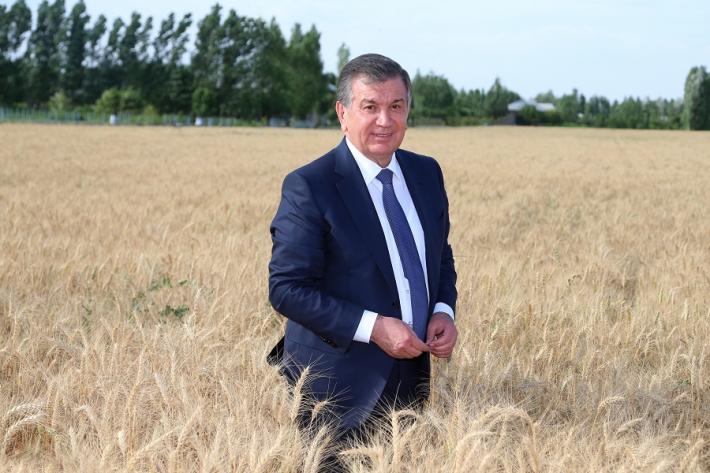 The online mobilization of public opinion is a potential express lane to democratic change.

On September 11, 2018, the government-sponsored television channel Uzbekistan-24 ran a story attacking “indecently short skirts” worn by some Uzbek schoolgirls. The piece set off a firestorm on social media. Dilnoza Akhmedova, a resident of Tashkent, took to Facebook to express her disdain: “We live in a secular state—it is about time you understood that.”

Internet penetration in Uzbekistan has exploded from only 7,500 users in 2000 to an estimated 12.7 million users in 2016, and Uzbeks have made the internet their preferred tool for expressing opinions that are banned from traditional media. However, the country still lags behind its neighbors on internet access. Only 40 percent of the population is active online, compared with approximately 75 percent in Kazakhstan and Russia.

When President Shavkat Mirziyoyev succeeded the late authoritarian ruler Islam Karimov in 2016 and embarked on a path of cautious reform, foreign human rights watchdogs refocused their attention on freedom of the press. But these organizations have often overlooked social media, where most dissent in Uzbekistan can be found in practice. Social media outlets are the only non-government-aligned platforms that reach millions of Uzbeks every day. The United States and others interested in democratic progress in the country should act now to help bolster social media and internet access.

Since Uzbek internet usage took off two decades ago, government authorities have recognized online news and social media as serious threats to their grip on power. Aiming to draw citizens to platforms that were easier to monitor, the Karimov regime launched no less than 38 Uzbek social networks between 2000 and 2016—only eight are still active. The most popular government platform, Muloqot.uz, claimed a modest 170,000 users. The most recent, Davra.uz, a sleek Facebook clone launched in 2016, garnered no more than a few thousand users.

By contrast, Facebook is the fourth most visited website in Uzbekistan, closely followed by the Russian social networks Odnoklassniki and VKontakte. Odnoklassniki alone has around 7.5 million Uzbek users, and 2 million use the service on a daily basis. Umida Akhmedova, a dissident Uzbek artist hounded by the Karimov regime, has emphasized the importance of these outlets, explaining in a 2015 interview that social networks were her only means to publish dissenting opinions. Recently, Twitter also gained popularity, especially after the fate of Gulnara Karimova, a daughter of the former president who allegedly remains under house arrest, was widely debated on the platform. Fake Twitter accounts claiming to be controlled by Karimova have propagated highly critical “secrets” about President Mirziyoyev.

Mirziyoyev has adopted a mixed approach to media issues since taking power in December 2016, combining superficial liberalization with continued harassment and censorship of critical news sources. On his orders, nine prominent journalists were released from prison, including Yusuf Ruzimuradov, who had been imprisoned since 1999. Mirziyoyev’s government also unblocked several prominent foreign news sites in February 2018, such as Voice of America and Radio Free Europe/Radio Liberty. However, other sites remained inaccessible or were reblocked, and in early 2018, Bobomurod Abdullayev, a regular contributor to the Ferghana News Agency, was arrested and allegedly tortured by Uzbek security forces for “conspiring to overthrow the regime.” As one Uzbek media professional told Human Rights Watch, “you never know where that red line is that you cannot cross, so best to stay far away from it.” In effect, the new president has maintained a high level of control over traditional journalism. But social media still appear to be relatively untamed.

The difficulties of social media censorship

Traditional media are more susceptible to government control because isolation and torture of individual journalists is much cheaper than the mass surveillance and instant censorship that control over social media requires. In China, for example, armies of human workers aided by elaborate automated systems censor social media posts as they appear—nearly 30 percent of censorship on the popular Chinese platform Weibo reportedly occurs within the first 5 to 30 minutes after a post. So far, the Mirziyoyev regime has nothing close to the technological and financial resources necessary for a similar level of repression in Uzbekistan.

As an alternative, the Uzbek government could pursue a more dangerous, long-term strategy of denying internet access to certain segments of the population. Uzbekistan’s population is still over 60 percent rural, and the authorities could attempt to restrict internet penetration outside major cities. However, as the government works to modernize the economy and urbanization increases, keeping citizens isolated from digital media will grow more difficult.

Compounding the regime’s control problem is the large youth population: Nearly 42 percent of Uzbeks are under the age of 24. Platforms like Instagram and VKontakte increasingly attract young people, providing access to global music and styles alongside exposure to political ideas and civic activism. Any attempt to cut this population off from such services or engage in large-scale arrests for online comments could cause social unrest and threaten Mirziyoyev’s new administration. For now, the critical question for both domestic activists and foreign governments interested in creating democratic change is this: With the regime loosening restrictions, how can social media provide an even wider space for civic engagement?

In a report last March, Human Rights Watch proposed several reforms, including simplifying accreditation procedures for journalists and ending security service harassment of the news media. While these measures are important, they are difficult to implement and only deal with traditional media freedoms. The US strategy for improving the Uzbek media environment should include improving internet access—and ensuring internet freedom—so that a critical mass of citizens can engage in political discussion online.

The proposed Digital GAP Act, which passed the US House of Representatives in 2017 and was under consideration in the Senate last year, would expand US development activities to support both traditional and broadband infrastructure at minimal cost. For instance, a $100 million road project in Liberia could be supplemented with a $1 million broadband cable project on the same route. The legislation has strong bipartisan support, with Senator Ed Markey (D-Mass.) calling it “a passport to the 21st century digital economy.”

As the Mirziyoyev regime looks to comprehensively expand rail and road infrastructure in the next five years, such initiatives could have an outsized impact. Uzbek leaders have already committed the country to increasing internet speeds tenfold. Russia’s state-owned communications giant Rostelecom is currently negotiating an internet expansion agreement with the government in Tashkent. The United States and its partners in international development could not only offer similar assistance, but could also fund initiatives ranging from the provision of cheap laptops to Uzbek schools to setting up free Wi-Fi hotspots in town centers. If the regime complements this aid with legal reforms and commitments that protect users from future censorship or law enforcement crackdowns, such programs could radically transform the environment for dissent.

Ultimately, funding for the expansion of internet access and the protection of internet freedom has the potential to erode authoritarianism and create a more accountable government in Uzbekistan. Indeed, this dynamic is already on display in the country. On September 14, 2018, after the social media backlash over the “short skirts” report, Education Minister Sherzod Shermatov made a statement on Facebook: “The public shaming of people is not acceptable in a civilized society.”

James Reston is a researcher based in Washington, DC, whose work focuses on internet freedom, corruption, human rights, and security.