Different degrees of political fragmentation in Syria, Lebanon, and Palestine have had a variety of effects on conditions for the media—most of them negative. 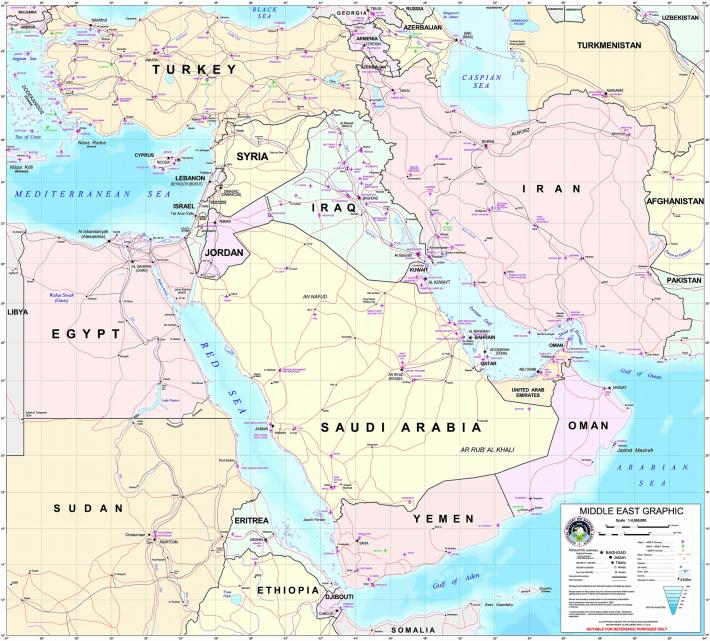 By Matthew Coogan
Research Assistant, Freedom of the Press

The latest edition of Freedom House’s annual report on media independence around the world, Freedom of the Press 2015, noted an increase in the use of restrictive legislation and other forms of pressure by governments to obstruct the work of journalists. But in many parts of the world, the state is not the most important factor in determining a country’s level of press freedom. Armed groups, political movements, and even foreign powers can challenge a government’s authority over its territory and expose journalists to a much broader range of conditions than they might face in a peaceful and unitary state.

One region, the Levant, features an interesting variety of cases that illustrate the effects of a weak state on media freedom. Although governance in Israel and Jordan has remained intact, Syria, Lebanon, and Palestine each suffer from a particular kind of crisis that undermines the influence of the state over the media environment, with both negative and positive results. 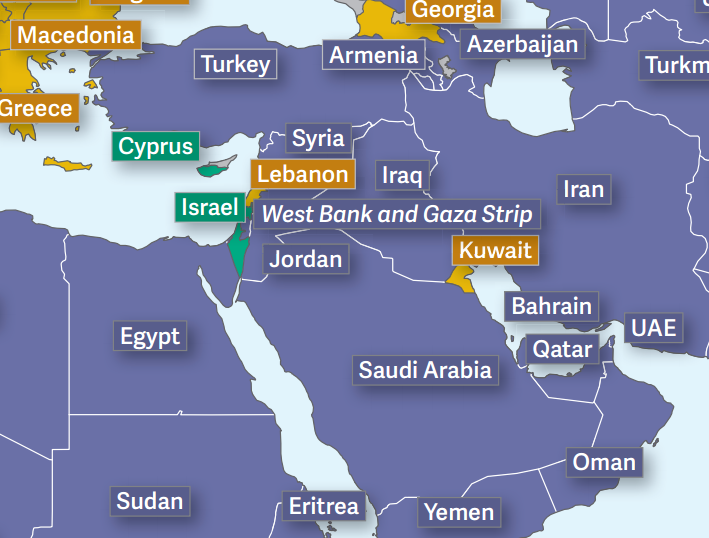 In January 2014, Syria’s Kurdish north, known locally as Rojava, declared autonomy from Damascus and adopted its own constitution, though the regime’s pullback from the area in 2012 meant that the region had enjoyed de facto autonomy for several years. Local media are chronically underfunded and understaffed, and there have been some troubling cases in which the authorities have harassed certain outlets. Nevertheless, press freedom in Rojava is arguably the best in Syria, with constitutional protections and guarantees of state support that are implemented in practice. Media enterprises have proliferated in recent years, and many foreign outlets also operate in the region.

This contrasts sharply with areas controlled by the Islamic State. In 2014, IS ordered that any journalists undermining its authority be killed, and followed through with a number of executions, including the beheadings of American freelancers James Foley and Steven Sotloff and the Syrian reporter Al-Moutaz Bellah Ibrahim. Many local journalists have been imprisoned, and all reporting is subject to prior censorship.

Although the sensationalism of IS crimes has attracted global attention, the plight of independent journalists in regime-held areas is just as desperate. The government was holding at least 12 journalists behind bars as of late 2014, and several others were fighting spurious legal charges. State news outlets exclusively disseminate progovernment propaganda, and critical journalism is prohibited.

Meanwhile, the patchwork of militias and local authorities that govern opposition-held territory make a comprehensive analysis difficult. Some commonalities include previously unknown latitude to criticize President Bashar al-Assad and to discuss politics more generally. However, shared negative attributes—such as bombardment by regime forces, pressure from local militias, and the economic devastation wrought by war—mean that quality reporting is greatly constrained and many outlets are financially unsustainable, propped up by international aid and wealthy Syrian donors.

Press freedom in Palestine is also affected by divided sovereignty. Some parts of the West Bank are governed by the Fatah-led Palestinian Authority (PA), while Gaza is ruled by Hamas. Moreover, more than 60 percent of the West Bank is under complete Israeli administrative and military control. But the Israeli occupation of the West Bank and blockade of Gaza mean that neither the PA nor Hamas exercises full authority in any of their territory. Consequently, the media must contend not only with the policies of the two Palestinian factions, but also with those of the occupation forces.

In the West Bank, the PA is generally hostile to critical reporting. In 2014 it arrested two bloggers on defamation charges for their criticism of the government, and local media freedom watchdogs reported that journalists faced arbitrary detentions, confiscations of equipment, and assaults perpetrated by PA security forces throughout the year. Beginning in June, Israel imposed a security crackdown in the West Bank that further impeded the operations of the press. Israeli authorities conducted raids on media houses, suspended publications, and arrested journalists even in areas ostensibly under the sole jurisdiction of the PA.

In Gaza, many media outlets are affiliated with Hamas and broadcast propaganda, and journalists often face reprisal for critical reporting. In April, an employee of the official media agency was dismissed after she angered Hamas leaders with an article in a Lebanese newspaper, and local human rights groups noted arrests and assaults of journalists by security forces throughout the year. Separately, because of the blockade, Israel has been able to restrict foreign journalists’ access to the territory in times of war, though this was less of an issue during the 2014 Protective Edge campaign. Intermittent Israeli military actions have not only killed many journalists in recent years, but also destroyed media infrastructure and equipment that is difficult to replace due to the effects of the blockade.

Lebanon boasts one of the freest media environments in the Middle East and North Africa, ranking third behind Israel and Tunisia in this year’s report. Still, journalists’ work is regularly disrupted by a variety of obstacles. Some of these, such as onerous legal restrictions and intimidation by officials, are imposed by the government, but the Lebanese state in general is weak, allowing nonstate actors to take on an outsize role and at times ignore whatever protections are provided by the law.

In February, a foreign journalist and his local colleague were kidnapped in the Bekaa Valley by anti-Assad militants. They were released one month later, and their captors enjoyed impunity for their crime. The same is typically true for Hezbollah forces, which detained a news crew in March and brutally assaulted a blogger in July. A suicide bomb in southern Beirut claimed the life of a journalist earlier in the year, in what was believed to be spillover violence from the conflict in Syria.

Governments and Factions Must Uphold a Free Press

Generally speaking, the effect of a weak central government on press freedom is negative. The proliferation of armed groups and the influence of foreign powers create additional dangers for journalists that either compound the pressures they face from their own government or undermine any protections it offers. However, in some cases, like Rojava, the weakening of an oppressive state creates tenuous opportunities for journalists to operate more freely.

Regardless of any short-term political or military priorities, all governments and factions in the Levant should recognize that to win international legitimacy and support, they must uphold the protections afforded to the media under international law. They should also understand that no country can be truly at peace so long as fundamental rights like freedom of expression are not respected.