What Lessons Have China's Leaders Learned from Tiananmen? 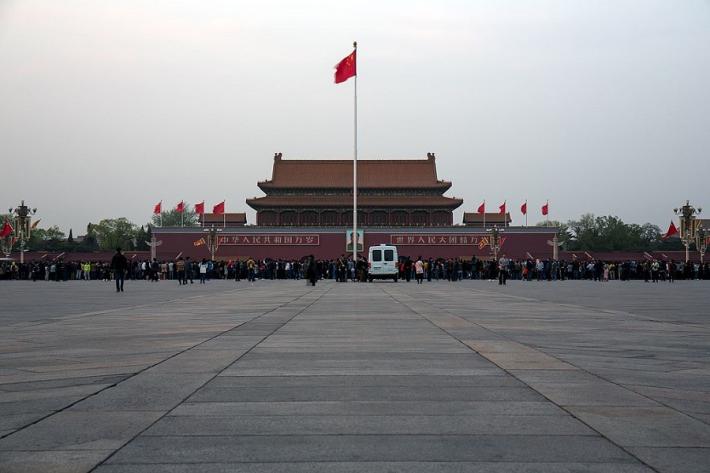 This June 4 marks the 30th anniversary of the Tiananmen Square massacre. A student-led protest movement had occupied the central square in Beijing for a number of weeks, calling for liberal reforms and democracy. On June 3 and 4, the Communist Party leadership, which had been divided over its response to the protests, ordered the People’s Liberation Army to clear the square and end the demonstrations. Many of the unarmed demonstrators resisted. Military forces ultimately employed lethal violence, with estimated death tolls ranging from several hundred to several thousand. The democracy movement’s leaders were imprisoned or went into exile.

While China has made impressive economic strides in the years since 1989, there have been no meaningful reforms to the political system or any safeguards for basic civil liberties.

In the interview below, Freedom House’s Arch Puddington discusses the Tiananmen Square massacre and its legacy with Andrew J. Nathan, Class of 1919 Professor of Political Science at Columbia University and coeditor of the Tiananmen Papers (2001).

June 4 marks the 30th anniversary of both the Tiananmen Square massacre and the first free elections in Poland, which led to the end of communist rule in that country and ultimately all of Eastern Europe. Which event has had a greater impact on the thinking of the leadership in Beijing?

Chinese leaders carefully studied the fall of communism in Eastern Europe and the Soviet Union, as described by David Shambaugh in China’s Communist Party: Atrophy and Adaptation (2008). But incomparably more important for the current leadership are the lessons of their own 1989 crisis, the so-called Tiananmen Incident.

Student demonstrations started in mid-April with vague demands for openness and reform. The party leadership was divided about how to handle the demonstrations, with the result that they grew to a vast scale both in Beijing and in hundreds of cities across the country, and the demonstrators’ demands became more radical. Finally, retired leader Deng Xiaoping stepped in and decided on a declaration of martial law—and, when the demonstrators did not disperse, on the use of force.

The lessons, as interpreted by today’s leadership 30 years later, are: (1) the communist regime is surrounded by enemies at home and abroad who want to overthrow it; (2) the party must enforce ideological discipline on its own members and thought control over society to prevent the growth of dangerous liberal ideas; (3) the party must be unified under a strong leader so that it never shows indecision or hesitation, which embolden its enemies. These lessons are convergent with the lessons the party gleaned from the Polish, East German, Hungarian, Soviet, and similar cases.

China has emerged as a global superpower during the 21st century, but its leaders continue to intensify repression at home. Is this a sign of regime fragility and uncertainty? Or does Xi Jinping believe that a strong hand at home is necessary for China to achieve its goals abroad?

The regime is strong in many ways. It wields the “organizational weapon” of a tightly disciplined 90-million-person political party that penetrates all corners of society; commands the loyalty of a large security apparatus and a powerful military; stands at the forefront in using information technology to surveil society; and enjoys widespread public support because of economic growth and nationalistic pride.

At the same time, the regime is vulnerable: many students, intellectuals, private-sector entrepreneurs, and members of the large middle class are disaffected with thought control and the lack of real rule of law; the economy is slowing down and presents many difficult problems for economic managers; and Xi Jinping, in consolidating personal power, has disrupted the previous norms for leadership succession in the party, thereby increasing the risk that a power struggle will break out when, for one reason or another, Xi has to leave office. The regime does believe that a strong hand is necessary, first of all, to keep the Communist Party in power so that, second, China can achieve its great-power destiny. But that very logic reveals the regime’s awareness of its own vulnerabilities.

Around the turn of the century there was an impressive amount of interaction between Chinese academics and foreign China specialists like yourself. Is this becoming a casualty of a kind of creeping Cold War environment?

It is to some extent. Privately, Chinese academics continue to be keen to interact with foreign scholars on a frank and honest basis. But from what I have heard, they are less able to engage in joint projects or facilitate the work of Western scholars who visit China. (This doesn’t affect me, in any case, because I haven’t been granted a visa to China since 2001.) And now the US government has begun making it harder for Chinese academics to get visas to visit the United States.

The current campaign of repression against Uighurs and other Muslims in Xinjiang is notable for the muted response it has elicited from the outside world. How has Beijing managed to ratchet up its abuses without suffering international consequences?

I see growing attention in the United States to the Uighur issue, to the point that many in American civil society and government who are concerned with human rights see this as the leading issue in China, despite the existence of so many others. However, China human rights issues have always competed with economic and strategic concerns on the US government’s China agenda, and the current administration cares about them even less than previous administrations.

That leaves the job to civil society, which gradually is bringing more and more attention to the Xinjiang concentration camps. What is more striking to me is the silence of governments and civil society in Muslim-majority countries from the Middle East to Pakistan and Indonesia, with the partial exception of Turkey. The reason for that silence seems to be fear of Chinese economic and diplomatic retaliation.

Beijing has ploughed substantial resources into its global media activities. Is it actually gaining anything from this ambitious propaganda campaign? Is there some long-term strategy at work?

One might say that the US propaganda strategy is to make people in other countries want to emulate us (“soft power”), and Russia’s strategy is to sow confusion in liberal democracies. By comparison, China’s strategy is to “tell China’s story well” and to promote the idea of “building a community with a shared future for mankind.” The purpose is to dispel fear and prejudice about China so as to persuade other societies and governments to open themselves to a growing Chinese economic and diplomatic presence.

China doesn’t care if other countries adopt its political or economic model. (Indeed, it’s hard to imagine how almost any other country could do so.) And they don’t want to bother weakening other countries’ regimes. It’s not worth it; they just want good relations with whoever is in power, so they can trade and invest, and influence other governments when it comes to their diplomatic priorities. This also involves a limited amount of armed presence to protect investment assets and trade routes, but I don’t think China aims to expand militarily or create a globe-spanning web of military bases.

The effectiveness of this propaganda strategy is mixed. In just about every country there’s a political faction benefiting from the Chinese presence and a rival faction with an interest in accusing the pro-China faction of selling out. So it is a zigzag battle. But money talks, and my sense is that this makes the Chinese presence around the world increasingly welcome.

Is there any evidence that other countries are emulating China’s system of state-led economic growth and authoritarian political controls?

The first thing that most countries lack, which is core to the Chinese model, is a strong state. How China came to have a strong state is a long story, but there are, to begin with, deep historical roots, plus a modern revolution. If we imagine a country like, say, Pakistan, trying to emulate the Chinese model in this sense, the concept seems laughable. If a country does manage to create a strong state—perhaps Ethiopia is an example—that strong state can begin to learn from how China manages state enterprises, social control, the internet, its military, and so on, and the China model begins to be relevant. If a country tries to emulate China without a strong state, then all it gets is a more repressive kleptocracy. Zimbabwe might be an example of this pattern.

Beijing has stated and restated its determination to assert control over Taiwan. Is it especially concerned about the appeal of Taiwan’s democratic political system, with its civil liberties and vibrant media?

My sense is that Beijing views Taiwan as an apple slowly ripening that will fall from the tree in good time. Taiwan is more and more dependent on China economically and is more and more isolated diplomatically. The American commitment to “peaceful resolution”—i.e., to deterring Chinese military pressure on Taiwan—is on-again, off-again, but the secular trend is for it to become less reliable.

As for Taiwan’s appealing democratic political system, first of all, Beijing sees it quite differently—as chaotic and self-defeating. (For example, each person who wins the presidency in Taiwan suffers a rapid decline in his or her popularity rating.) And second, Beijing doesn’t care whether the Taiwan people want unification. Although civil liberties and a vibrant media have helped to drive a trend of diminishing “Chinese” identity and increasing “Taiwanese” identity in Taiwan, Beijing takes the view that the Taiwan people over the long run have no real alternative to accepting some form of “unification” with the People’s Republic of China.