A reformist candidate won the vote, but in an ominous sign for upcoming national elections, the outcome was nixed on a dubious technicality. 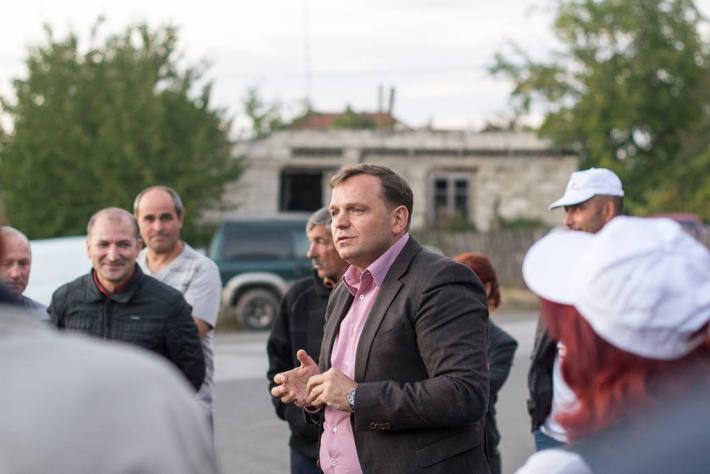 A reformist candidate won the vote, but in an ominous sign for upcoming national elections, the outcome was nixed on a dubious technicality.

On June 3, Andrei Nastase of the reformist Dignity and Truth (DA) party was elected mayor of Chisinau, Moldova’s capital, with 52.57 percent of the vote, defeating the Socialist Party’s Ion Ceban in a hard-fought runoff. Ceban was an ally of President Igor Dodon, and his defeat by an upstart candidate who had emerged as a leader of anticorruption protests was widely seen as an overdue shake-up of the country’s graft-ridden political scene ahead of parliamentary elections scheduled for December.

Less than two weeks after the runoff, however, a Chisinau court invalidated the outcome on the grounds that both candidates had allegedly engaged in illegal campaign activities by encouraging voters via Facebook to turn out on election day, after the end of the legal campaign period.

The decision to annul the results based on such a minor violation raised concerns that the ruling was politically motivated. If true, this would be an alarming indication that democracy is weakening in a country with ambitions of eventually joining the European Union (EU). Moldova’s government institutions have long been a source of disappointment for citizens, civil society groups, and the international community due to their failure to tackle widespread corruption and implement much-needed reforms. However, until the mayoral election debacle, there had been hope that the system was open enough to allow new political forces to compete and drive democratic progress.

The shared interests of incumbent parties?

The political playing field in Moldova is often misleadingly presented as a rivalry between pro-Western and pro-Russian interests. In fact, this description serves to obfuscate deeper challenges to democracy.

However, there have been signs that the two sides are willing to cooperate when it serves their interests. Last year, Parliament voted to adopt a new mixed voting system for legislative elections. Key international institutions, including the Council of Europe’s Venice Commission and the Organization for Security and Co-operation in Europe, have criticized the law, which raised fears that the PDM and PSRM could use it to consolidate a power-sharing agreement after the December 2018 parliamentary elections.

Seen in this light, the events surrounding the Chisinau mayoral election could be interpreted as a test run for an attempt by the incumbent parties to entrench their positions and block the sort of political change represented by Nastase.

His DA party, along with the Action and Solidarity Party (PAS) of Maia Sandu, emerged out of the 2015 street protests against the “stolen billion,” a massive corruption scandal that fueled public and international skepticism about the Moldovan authorities’ commitment to addressing its endemic graft problems. Both of these new parties espouse the EU’s democratic values as part of their political platform.

Nastase appealed the Chisinau court’s judgement, insisting that he and Ceban merely encouraged citizens to participate and cast their ballots. Ceban, who had initiated the case, complained that the annulment effectively punished him for what he argued were violations by Nastase alone. Other critics argued that the activities in question were at most a minor irregularity, noting that past elections had been validated despite much more serious evidence of fraud.

On June 25, however, the Supreme Court upheld the original ruling, and the Central Electoral Commission (CEC) then dissolved the local electoral council, thus postponing any fresh election until 2019. The current interim mayor, Ruslan Codreanu of the European People’s Party of Moldova (PPEM), will remain in his position in the meantime.

In response to these decisions, protesters took to the streets, with many warning that the annulment was a dress rehearsal for a larger-scale power grab during the parliamentary elections. The demonstrations were organized around the hashtags #VotFurat (“stolen vote”), #ACUM (“it’s time”), and #OprimDictarul (“stop dictatorship”). Citizens, leading civil society actors, independent media outlets, and the international community called for the justice sector and the CEC to carry out a fair and objective review of Nastase’s appeal after the initial ruling. While the protests at first garnered only a few hundred participants, by July 1 almost 40,000 people gathered in central Chisinau, according to organizers. Moldovan diaspora communities have also organized public gatherings in several cities, including Bucharest, London, Berlin, Geneva, and Rome.

Nevertheless, the demonstrations have not garnered broader support within Moldova beyond the capital. In fact, the PSRM in particular remains popular. According to a recent poll, 51 percent of respondents hold a favorable view of President Dodon, and 31 percent said they trust Dodon the most out of a list of leading politicians.

A threat to democracy

The U.S. State Department and an EU delegation have both expressed concern over the annulment decision, urging Moldovan officials to respect the will of the voters and adhere to democratic principles. In addition to nullifying a popular vote and directly disenfranchising citizens, the ruling lends credence to the public’s existing perception of the justice sector as weak and compromised by political interests, further undermining its ability to uphold the rule of law.

While both the PDM and the PSRM have publicly criticized the court decision, members of the public and civil society questioned the sincerity of those statements after PDM chairman Vladimir Plahotniuc ordered an increased police presence outside his home and the party headquarters during the protests. While there have been no major clashes or violent incidents between the police and protesters so far, activists and journalists remain concerned that if people continue to push, then the authorities could leverage the opportunity to crack down. Some journalists have already reported cases in which police have blocked their access to public areas as they attempted to report on the protests, and others have faced incidents in which authorities have pressured them to divulge their sources.

The recent developments in Moldova indicate that the integrity of its governing institutions is weakening, and that corruption and partisan entrenchment threaten to erode its nascent democracy. To prevent a further loss of public credibility, the justice system and the CEC must make efforts to broadly communicate and explain each step in the process as they resolve the questions surrounding the mayoral election. Civil society and journalists can also play a critical role in holding government institutions to account; they need to issue a clear set of demands to maintain momentum in their push for transparency. Finally, the international community should stand together with civil society and independent journalists in these efforts and help to ensure the fairness of Moldova’s democratic processes, especially in the lead-up to the December parliamentary elections.