Why Azerbaijan’s Dynasty-Building Is a Bad Sign for Europe

The regime in Baku is corrupt, authoritarian, and in the middle of an economic crisis. It is also preparing to become a major gas supplier to the European Union. 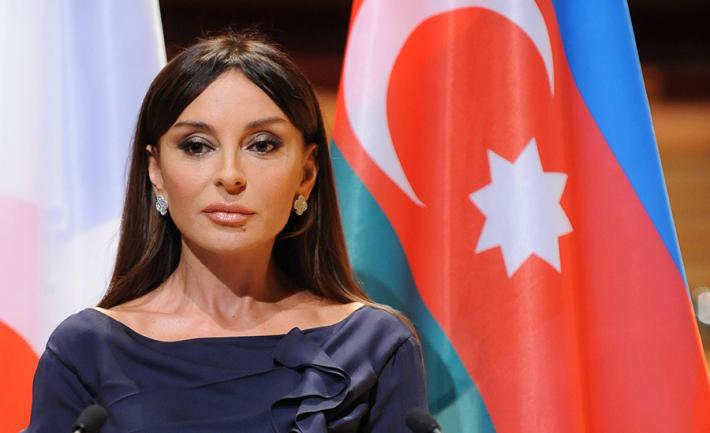 The regime in Baku is corrupt, authoritarian, and in the middle of an economic crisis. It is also preparing to become a major gas supplier to the European Union.

On February 21, the president of Azerbaijan appointed his wife as “first vice president.” One might argue that it was a move to empower women. A hundred years ago, Azerbaijan became the first Muslim nation to grant women the right to vote, two years before the United States did the same. But the country’s poor economic situation and recent bribery scandals involving European diplomats suggest that the reasons behind the appointment are more complex, raising questions about the regime’s longevity and future relations with the democratic world.

The United States and Europe often refer to Azerbaijan a “strategic partner,” despite its growing record of imprisoning political opponents and stifling civil society. For years, the country’s pervasive lobbying efforts have coaxed policymakers and diplomats from democratic governments into holding their tongues rather than challenging Baku’s appalling human rights abuses.

The recent appointment of Mehriban Aliyeva, wife of President Ilham Aliyev, appears to epitomize the ruling family’s sense of impunity as well as the lack of checks and balances in Azerbaijan’s autocratic political system. “By appointing his wife as first vice president, he is saying that he owns the country,” said Paolo Sorbello, an analyst who follows Central Asia and the South Caucasus, in an interview with Freedom House. “The strong hold on power by the Aliyev family is unquestioned and unquestionable.”

Yet the regime faces unprecedented areas of weakness, and gathering political power into a tighter, family-based core could actually signal a fear of instability. Azerbaijan’s struggling currency and a revenue slump linked to low oil prices have crippled the economy in the past few years.

Furthermore, for the first time, Azerbaijan has begun to grapple with gas shortages, as current supplies have been outstripped by domestic demand, export pledges, and the need to support oil production. Oil and gas export revenues have traditionally been an essential tool for reinforcing the leadership’s control over the political sphere.

A bespoke vice presidency for the first lady

Whether Aliyeva’s installation in the country’s second-highest office is an indication of strength or weakness, her husband’s administration clearly had free rein to alter Azerbaijan’s constitutional structure as it saw fit.

Until recently, the country had no vice presidents. The position was created last year as part of a government-proposed package of amendments that also extended the presidential term from five to seven years and eliminated age limits for the president, among other changes.

The amendments were approved in a September referendum. Reports of ballot-stuffing and exaggerations of voter turnout surrounded the event. Protests erupted, and a wave of arrests ensued. There was no consultation with the public or parliament about the stipulations of the referendum, and the Central Election Commission barred opposition groups from launching “no” campaigns. Consequently, the amendments slid through, and six months later, Aliyeva was named first vice president.

Some see Aliyeva as a contender to succeed Aliyev; she would now replace him if he were to die or become incapacitated. EurasiaNet journalist Emil Sanamyan has argued that the referendum’s creation of multiple vice presidencies was part of a scheme to satisfy competing “clans” within the leadership structure, with the more junior posts going to a rival faction tied to Aliyev’s late father and predecessor, Heydar Aliyev.

A link to ‘caviar diplomacy’

Aliyeva had been a member of parliament since 2005 but rarely attended its meetings. She is better known for her stint as a UNESCO goodwill ambassador and for running Azerbaijan’s most important philanthropic institution, the Heydar Aliyev Foundation, since its creation in 2004. Though the organization supports cultural projects both domestically and abroad, it has focused on burnishing the regime’s international image and advancing Baku’s official position on the disputed territory of Nagorno-Karabakh. It has also been criticized as a vehicle for corruption.

In December, a report by the European Stability Initiative (ESI) think tank detailed how a member of the Parliamentary Assembly of the Council of Europe, a regional human rights body, took more than €2 million in bribes from Azerbaijani lobbyists to block a large-scale investigation into the country’s prisoners of conscience.

That case is only one example of Baku’s long-term and geographically expansive lobbying efforts, in which foreign officials have been courted with extravagant gifts, a practice that came to be known as “caviar diplomacy.” An incriminating 2012 report from the same think tank had raised the alarm about the strategy, but there were few repercussions. One Azerbaijani diplomat allegedly quipped that “there was a feeling at the time that we can buy anything.”

By 2014, according to ESI, the campaign went into “overdrive.” European politicians adorned their walls with lavish carpets and pocketed watches, jewelry, and sets of silver. Caviar diplomacy was working as intended, and the regime was increasingly confident about its status. At a press conference with the head of NATO, Aliyev unashamedly told journalists, “Azerbaijan has been a member of the Council of Europe for more than 10 years. We are members of the European Court of Human Rights. And a priori, there cannot be political prisoners in our country.”

Since then, the persecution of dissidents has only increased, and now reaches far beyond traditional targets like opposition leaders and human rights lawyers. In January, the family of a rapper was detained after he posted a viral music video denouncing the government. Last week, a blogger who posted photos of extravagant houses said to be owned by officials was sentenced to two years in prison for libel. Numerous political prisoners remain behind bars, and self-censorship is commonplace.

Years of silence at the diplomatic level have effectively enabled the government to intensify its abuses, and Mehriban Aliyeva’s blatantly nepotistic appointment highlights the continued impunity of the authoritarian regime. As the European Union prepares to increase its energy dependence on Baku by connecting to a new gas pipeline network in 2019, democratic governments and regional institutions should redouble their defenses against corrupt influence and consider the possible consequences of allowing an important “strategic partner” to drift so far from democratic norms.