Why Corporations Should Learn to Love Civic Activists

Multinationals have a lot to gain from partnerships with civil society groups, and a lot to lose if activists are not allowed to do their work. 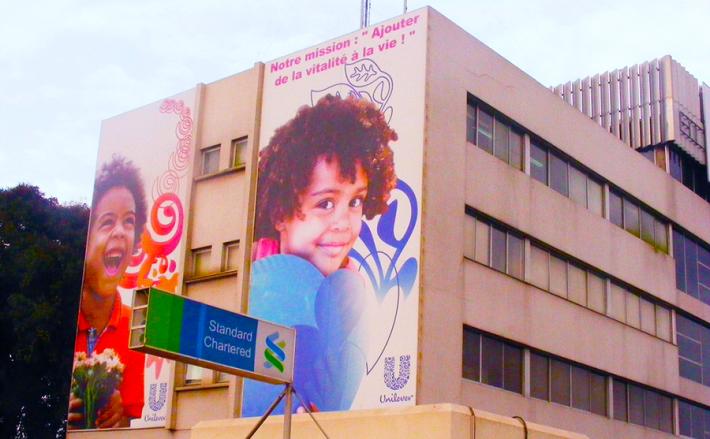 Multinationals have a lot to gain from partnerships with civil society groups, and a lot to lose if activists are not allowed to do their work.

In 2015, the Chinese government proposed a law that would regulate and restrict the operations of foreign nongovernmental organizations (NGOs) in China—yet another effort by President Xi Jinping to crack down on civil society and limit citizens’ freedoms. However, unlike in their previous campaigns to fight repressive actions by the ruling Communist Party, human rights organizations opposed to the new law won vocal support from a striking partner: American business.

Forty-five entities—including major U.S. trade groups like the Motion Picture Association of America and the American Apparel and Footwear Association—signed a virtually unprecedented letter arguing that foreign nonprofit organizations play an integral role in facilitating business operations in China. Simultaneously, the American Chamber of Commerce in China and the U.S. Chamber of Commerce submitted a joint statement warning that the proposed legislation would discourage foreign investment and harm U.S. economic interests.

Though ultimately unsuccessful in blocking the new law, this effort marked a turning point for understanding the relationship between civil society and business in countries ranked Not Free and Partly Free by Freedom House. Businesses have an ethical responsibility to respect human rights wherever they operate, but research has shown that doing so is also good for business. The same democratic attributes that earn a country a designation of Free are key elements of a strong business environment, including low corruption, strong rule of law, and political stability. As Unilever chief executive Paul Polman wrote in the company’s 2015 human rights report:

“Business can only flourish in societies in which human rights are respected, upheld, and advanced…. Safe working conditions, freedom of association, fair wages, protection from forced labor, and freedom from harassment and discrimination: these must become universal operating conditions. Today, they are not.”

Multinational corporations have begun to recognize the ways in which the rule of law and free expression support commerce. However, too few companies have embraced solidarity and partnership with civil society. NGOs that advocate on labor and environmental issues should be seen not as an irritant or a hurdle to overcome, but as a public good that helps businesses to operate freely and successfully.

There are, of course, some exemplary cases of companies that understand the mutual benefit of partnerships with civil society. Unilever is on the cutting edge in this field. In order to create socially and ecologically responsible supply chains for its products, Unilever has cooperated with groups including Solidaridad, a network of local NGOs in Latin America. These kinds of partnerships encourage sustainable resource extraction and good human rights practices for the explicit purpose of improving business.

For such relationships to succeed, business and civil society must approach each other as potential allies, not adversaries.

No two countries are the same, and multinational corporations need a flexible policy to address local infringements on human rights that hinder business development. However, organizations that work on three core issues—labor rights, freedom of expression, and the environment—have a direct impact on business in any setting and must be allowed to operate freely.

Although some of these organizations take purist stands on their issues, which can deter companies from partnering with them, others understand the benefits of cooperating with business and are open to engagement. Even when direct partnership is not feasible, companies can advance their interests by encouraging governments to uphold the rights of civil society.

By promoting freedom of expression, civil society organizations and journalists help to combat corruption and hold those in power accountable for any abuses. Corporations based in the United States and other leading democracies are forbidden by law from engaging in corrupt practices overseas, creating unfavorable conditions for them in countries that protect beneficiaries of extortion and bribery. Ethiopia, an exciting emerging market for fast-growing companies, has institutionalized a culture of corrupt business practices and lack of government accountability in both private and state-run businesses, making it especially difficult for corporations based in the United States to grow successfully. Multinationals should work with organizations that fight for free expression and transparency in order to create a fair and stable business environment.

Well-enforced international labor standards are also important to creating a fair playing field for businesses. Although low wages and a disregard for safe working conditions may superficially seem to give a corporation a competitive edge, weakening labor standards decreases the stability of the labor force and increases turnover in practice. By contrast, a skilled and protected workforce has been shown to foster political and societal stability, which in turn creates a stable operating platform for business. And each time a major violation of labor rights results in significant numbers of deaths, the reputation of the corporation also suffers. The infamous Rana Plaza building collapse in Bangladesh, caused in part by the country’s weak safety regulations, represented a tragic loss of life as well as a financial loss for all companies involved.

Similar episodes have affected Nike, Primark, and Coca-Cola, among others. Lower international labor standards are hurting not just workers, but also companies’ bottom lines. Businesses that support room for civil society to raise issues of gross labor exploitation are pursuing an enlightened form of self-interest.

The increasing strain on the world’s resources is making it more difficult for companies to access raw materials and creating an unpredictable business environment. In addition to fundamental problems like pollution and ecological destruction, the fluctuating temperatures, rainfall patterns, and sea levels associated with long-term climate change can make multiyear planning for resource extraction and manufacturing all but impossible, affecting everything from forest products to hydroelectric power.

Environmental groups, when not restricted by their governments or nonstate actors, shine an important spotlight on regimes that refuse to maintain basic environmental standards. NGOs and prize-winning independent media have, for instance, uncovered overfishing and poaching as well as human trafficking in Southeast Asia’s fishing industry. Multinational corporations should openly encourage these efforts to expose violations. While the resulting controversy can create short-term volatility for some businesses, it also helps to improve enforcement and benefits the companies that maintain high standards. Any association with the promotion of sustainable practices can enhance a corporation’s reputation, making environmental advocates an important partner for multinationals.

Partnering with civil society around the world can clearly be a boon to corporations headquartered in the United States and other leading democracies. Conversely, allowing civic groups to be stifled does significant harm. Given the global trend of increasing pressure on NGOs by autocratic regimes and illiberal democracies over the past decade, the multinational business sector should waste no time in coming to civil society’s defense.