Why Is Jordan Backsliding on Gender Equality?

Women’s rights have receded in Jordan, despite the monarchy’s progressive official stance and huge U.S. government investment in promoting democracy and human rights in the country. 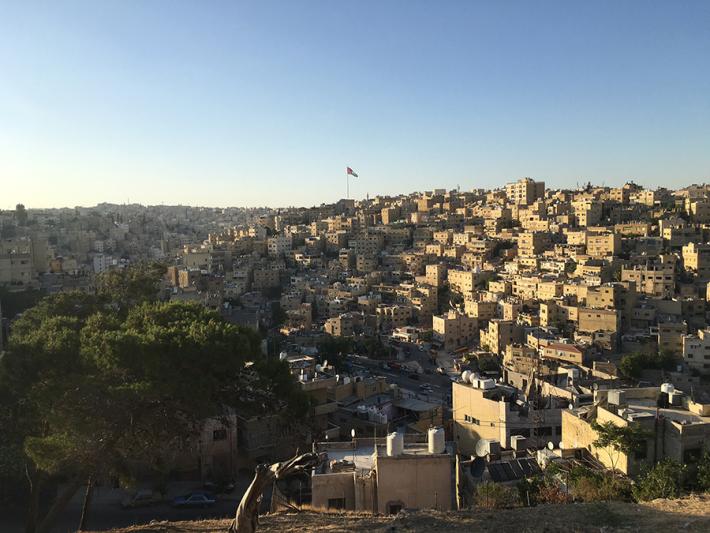 Women’s rights have receded in Jordan, despite the monarchy’s progressive official stance and huge U.S. government investment in promoting democracy and human rights in the country.

The U.S. government spent $88.2 million on democracy and human rights programs in Jordan between 2013 and 2015. This amounts to nearly $10 million more than what Washington spent during the same period on similar programs in Lebanon, Libya, Morocco, Tunisia, and Yemen combined.

Unfortunately, in the crucial area of women’s rights, there is little to show for all of this funding. Although King Abdullah II and others in Jordan’s ruling establishment, most notably Queen Rania, have adopted a progressive stance on women’s rights, Jordan ranked 140 out of 145 countries on the Global Gender Gap Index published last year by the World Economic Forum. This is Jordan’s worst ranking since the index began in 2006.

Women’s economic marginalization in Jordan has worsened dramatically over the past decade and has been a key factor in the country’s awful track record on women’s rights more generally. Jordan’s specific score on economic participation and opportunity for women tumbled 28 percent on the Global Gender Gap Index between 2008 and 2015. Only Pakistan, Yemen, and Syria ranked lower than Jordan on this indicator last year.

The Jordanian leadership and the United States have both affirmed their commitment to achieving democracy and sustainable development in Jordan, especially with respect to women’s advancement. Despite their investments, however, women’s rights are in regression. This calls for a strategic rethink on how gender equality is promoted in the country. New approaches ought to focus on empowering local communities and the grassroots outside of Amman, in the areas where patriarchal culture and conservative stereotypes are most deeply seated.

Excluding women from the workplace

Jordanian women are among the most highly educated in the Middle East and North Africa region. Some 95 percent of female adults are literate, and more Jordanian women attend university than men. Despite these advantages, fewer than 16 percent of Jordanian women are employed or looking for a job. And of these, nearly half are unemployed. Not surprisingly, according to official statistics, women’s contribution to Jordan’s economy amounted to less than 13 percent in 2014.

Not only does Jordan lack an equal opportunity law prohibiting gender discrimination in the workplace, but the constitution itself fails to ban gender-based discrimination under Article 6. Ostensibly protective legal provisions, like paid maternity leave and daycare for working mothers, are routinely circumvented by private-sector employers. In fact, businesses have reported to Freedom House that they often use these gender-specific provisions as reasons not to hire more women.

Denying women their right to inherit

Many women are also unable to achieve economic independence by inheriting from their parents. According to Jordanian law, women are only entitled to receive half as much inheritance as their brothers, a practice that is consistent with mainstream interpretations of Shari’a. However, community leaders have reported to Freedom House that in some areas of Jordan, up to 80 percent of women cannot claim any of their legal inheritance. Women are routinely taken advantage of by their male relatives during the grieving period and coerced into forfeiting what is rightfully theirs.

Efforts by the Jordanian government in 2010 to provide for a three-month waiting period on inheritance transfers have not alleviated the problem. Few people are aware of this provision, and judges and government officials continue to decide claims and register property transfers from women to men, in contravention of legal protections.

While a lack of reliable data prevents a complete understanding of the problem’s magnitude and repercussions, women’s rights advocates and community leaders believe that inheritance disputes weaken families, deepen inequalities between women and men, and lead to violence against women. Thorough research and local community awareness is necessary to begin addressing the problem.

The U.S. government is expected to spend $47 million on democracy and human rights programs in Jordan in 2016, more than in any other year on record. Both the U.S. and Jordanian governments have concrete interests in the human rights and economic empowerment of women. Funding for projects like USAID-Takamol’s Jordan Gender Program should continue, and it should increasingly focus on women’s economic empowerment.

But there should also be a strategic shift in resources from the national level to the local level, particularly as the country’s broader program of political and administrative decentralization takes hold. Empowering communities and independent civil society organizations to address gender equality needs at the local level represents Jordan’s best chance to change harmful patriarchal practices.