Why Populism Is Here to Stay

Populist forces are expected to suffer another defeat in next month’s German elections, but the factors that fueled populism’s rise have not disappeared. 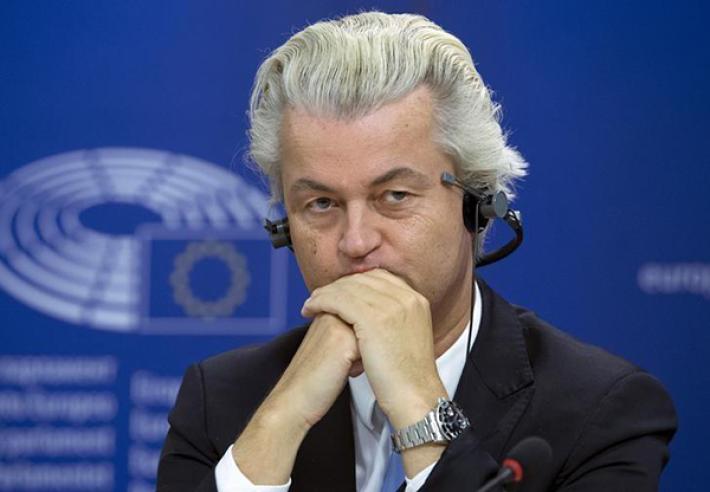 Geert Wilders, the founder and  current leader of the Dutch political party the Party for Freedom.

Populist forces are expected to suffer another defeat in next month’s German elections, but the factors that fueled populism’s rise have not disappeared.

The German federal elections on September 24 have been described by some observers as a bellwether for the future of populism in Europe and democracies more generally. The seemingly irresistible populist tide that crested in 2016, with the Brexit referendum in Britain and Donald Trump’s presidential win in the United States, appears to have receded since then amid defeats for populist leaders in Austria, the Netherlands, and France.

According to the latest polls, Germany is ready to continue the trend: Chancellor Angela Merkel’s center-right Christian Democratic Union (CDU) is expected to win about 38 percent of the vote, while its main challenger, the center-left Social Democratic Party (SPD), is credited with around 24 percent. Alternative for Germany (AfD), the country’s previously surging right-wing populist party, has plunged from 15 percent support last September to just 7 percent. Indeed, recent developments do not bode well for the CDU’s opponents, populist or not: In May the party swept state elections in North Rhine–Westphalia, traditionally a stronghold of the SPD, and the AfD is suffering from an identity crisis.

Nevertheless, there is every reason to believe that populism will continue to menace democracies for the foreseeable future, because the conditions that gave rise to the latest populist wave remain endemic in the countries affected.

Modern populism has existed in one form or another since the 19th century, but the spread of populist movements in Europe today stems from a serious crisis of representation, in which citizens are questioning their faith in traditional parties and other democratic institutions.

There are a number of factors behind this crisis. First, the traditional, social democratic left has yet to recover from the triumph of market-oriented liberalism that was associated with the collapse of the Soviet Union. Since the 1990s, many left-leaning parties have sought to adapt and compete by drifting toward the center, but this has alienated key elements of their traditional working-class base. Such voters have consequently been receptive to populist appeals, including from the right.

Second, as management of the globalized economy has shifted from national governments to transnational institutions, many citizens have come to associate the ill effects of economic change with a loss of national sovereignty and democratic control. The perceived lack of democratic accountability at institutions like the European Union and the World Trade Organization makes them easy targets for populists who promise to strengthen national borders and curb the free flow of goods and people.

Finally, the proliferation of social media and other new communications technology has exposed weaknesses in traditional party machinery and allowed charismatic populist leaders to connect directly with grassroots supporters. These leaders can claim to represent or embody “the people,” contrasting themselves with distant “elites” who rely on large institutional structures to mediate their policymaking and campaign efforts.

The right-wing populist presidential candidate in Austria was only narrowly defeated in December. The victorious center-right party in the Netherlands is still struggling to form a ruling coalition after elections in March, in which populist leader Geert Wilders fell short of expectations but nevertheless gained seats. In France, the election of centrist Emmanuel Macron as president may have checked the populist advance, but the sound defeat of establishment parties and a record-low turnout for legislative elections indicate widespread voter dissatisfaction with the political class.

Even in Germany, where the AfD’s missteps have pushed it back to the fringe of the political spectrum, a recent surge in crimes by right-wing extremists shows that the threat to liberal democracy has not vanished.

Indeed, populist discourse has a way of creeping into mainstream parlance, subtly eroding democratic norms and distorting the entire political spectrum, regardless of whether a particular populist party or leader is denied outright victory. Correcting the problem will require responsible parties on both the left and the right to offer a positive affirmation of democracy’s core principles, and to strengthen their respective ideological foundations.

For example, traditional center-left and social democratic parties will have to forge new connections with their constituents and offer voters a clear and attractive alternative to the center-right and conservatives. Populist forces can only succeed when established parties on the left and right can be characterized as a homogenous bloc of elites who don’t have the people’s interests at heart.

The center-right would also benefit from some soul-searching. The divisions within the Republican Party in the United States demonstrate that any alliance between right-wing populists and their center-right counterparts is unstable. After all, there is a fundamental contradiction between the center-right commitment to individual liberties and the populist tendency to undermine basic rights like freedom of speech and freedom of association. Center-right parties should follow Angela Merkel’s lead in rejecting the radical positions espoused by populist parties. It will not be easy, and parties might initially shed some voters, but only a firm renunciation of populism on both sides of the political spectrum can ensure the security of democratic institutions in the long term.