Authoritarian rulers around the world are leading attacks on women’s rights. 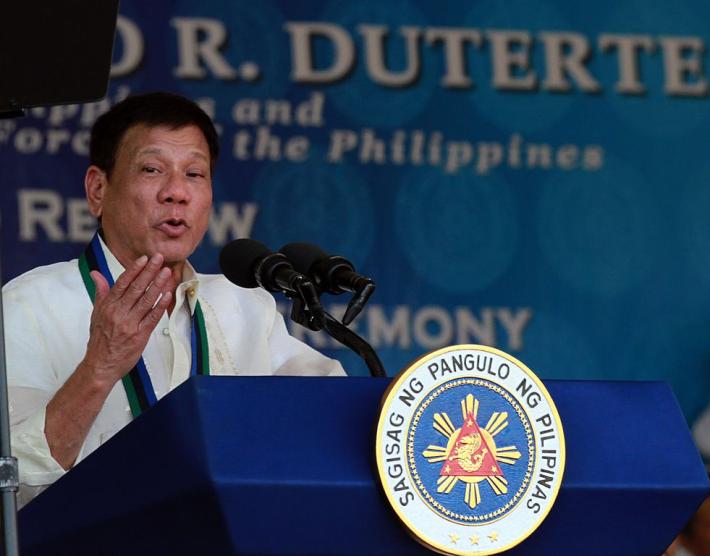 Authoritarian rulers around the world are leading attacks on women’s rights.

Today’s dual phenomena of eroding democracy and resurgent nationalism are creating new incentives for illiberal and authoritarian leaders to inject hostility toward women’s rights into their propaganda narratives and policy platforms. As these regimes attempt to consolidate power, shut down civic space, and quash dissent, they often start by scapegoating certain vulnerable elements of society. Although women have had considerable success in their fight for equality in many countries, they continue to face varying degrees of violence, discrimination, and exclusion. In some cases, their recent gains have increased the potential for a backlash.

Antidemocratic strongmen have moved aggressively to exploit that potential for their own ends. Their visions for a new political order are often built explicitly on opposition to women’s rights progress under the guise of a return to “traditional values,” while the women’s movement itself is subverted, ignored, or smeared as an alien “gender ideology.”

Efforts by authoritarian leaders to empower themselves at women’s expense are frequently quite transparent: A strongman is presented as the “father” of the nation and lauded by a hypermasculine cult of personality, as with Russia’s Vladimir Putin or China’s Xi Jinping. The latter was often called Xi Dada or “Big Daddy Xi” in the state media during the first years of his presidency. One more recent article from the official news agency Xinhua pointed out that the Chinese word for family (jia) is also part of the word for nation (guojia). It then explained: “Xi Jinping has often stressed the importance of family values. He says ‘little family’ but he has in mind the ‘big family’ [the nation].” Meanwhile, the Chinese Communist Party authorities have arrested women human rights defenders and shut down independent women’s organizations.

Some illiberal leaders have taken a more openly hostile approach, denigrating and objectifying women in a bid to demonstrate their own strength. In an August 2018 speech, Philippine president Rodrigo Duterte discussed the incidence of rape in the city where he had long served as mayor: “They said there are many rape cases in Davao. As long as there are many beautiful women, there will be more rape cases.” In another appearance, while instructing soldiers on how to deal with female guerrillas, he declared, “There’s a new order coming from the mayor, ‘We will not kill you. We will just shoot you in the vagina,’” adding that without their vaginas, the women would be “useless.”

Brazil’s newly elected president, the far-right populist Jair Bolsanaro, infamously said in 2015 that he would not rape a fellow congresswoman because “she was not worthy of it.” Since taking office, he has abolished the country’s human rights ministry, replacing it with a new ministry that lumps together women, family, human rights, and indigenous affairs. He handed the new portfolio to Damares Alves, an evangelical pastor who has been outspoken in her opposition to feminism and reproductive rights. She says that “women are born to be mothers” and that the current government “is not concerned in reducing the inequalities of women, homosexuals, or minorities in Brazil.”

While the on-the-ground policy reversals are not always as dramatic as the language employed by these leaders, they do have a real impact. In 2017, for example, Russia decriminalized certain acts of domestic violence. Poland’s right-wing populist government has sought to limit the sale of emergency contraceptives and slashed the budget of the Office of the Ombudsman for Human Rights, which focuses in part on gender equality. Indian prime minister Narendra Modi’s Hindu nationalist government continues to oppose the criminalization of spousal rape.

It is also worth noting that women’s rights organizations and women human rights defenders are dramatically affected by antidemocratic governments’ efforts to restrict independent civil society activism. In addition to office raids and denial of funding, women activists face graphic threats of sexual violence, physical attacks that can include sexual assault, and smear campaigns that mischaracterize their personal behavior and their work as threats to the family and to national values.

In the Philippines, for instance, the Department of Justice filed a court document labeling more than 600 people, including many prominent women human rights defenders, as members of the Communist Party of the Philippines and its armed wing, putting them at risk of attack and extrajudicial killing. The list, which included UN Special Rapporteur on the Rights of Indigenous People Victoria Tauli-Corpuz, served to falsely accuse, intimidate, criminalize, and silence women activists who had expressed dissent. Globally, Front Line Defenders reported that 44 women human rights defenders were killed during 2017, up from 40 in 2016 and 30 in 2015. These challenges are magnified for women who are also affiliated with another vulnerable group, such as indigenous people, marginalized economic or caste groups, LGBT (lesbian, gay, bisexual, and transgender) people, people with disabilities, or ethnic or religious minorities.

The combative narratives promoted by these and other antidemocratic leaders have popular appeal in part because they take advantage of widespread anxiety about political, socio-cultural, and economic change. Over the past several decades, trends associated with globalization have included increased education for women, higher rates of female participation in formal employment, the relative decline of male-dominated manufacturing jobs in many industrialized countries, increased political power and representation for women, and the arrival of immigrants in higher numbers or from new source countries. A significant share of voters are receptive to politicians who promise to push back against one or all of these trends—often blurring the distinctions between them—and restore a sense of control and power.

The same leaders are especially prone to combining regressive policies on women with hostility or outright violence toward immigrants and other minority groups. For antidemocratic nationalists, autonomous women and growing minority populations present a joint threat to the maintenance of the existing ethnic majority. Hungarian prime minister Viktor Orbán, who has steadily broken down democratic checks and balances in his country, advances policies that sharply restrict immigration while encouraging high fertility rates among native-born women, for example declaring that women with four children or more would be exempt from paying income tax. He recently explained, “We want Hungarian children. Migration for us is surrender.”

To help counter the current crop of strongmen, democratic governments and other donors should fund women’s rights organizations more robustly and intelligently.

In practice, such aid is currently miniscule—and often misdirected. A study by a subsidiary body of the Development Assistance Committee of the Organization for Economic Cooperation and Development (OECD) showed that only 0.5 percent of the aid from member countries for gender equality went directly to women’s civil society organizations in 2014, down from a mere 1.2 percent in 2011. Moreover, funding for women’s rights must be tailored to local contexts if it is to be effective, yet 92 percent of the gender-focused aid to civil society went to international organizations or those based in the donor country, as opposed to local groups.

Preventing the rollback of fundamental freedoms for women is essential to preserving democratic norms more broadly. If a ruler is allowed to scapegoat and trample the rights of half the population, he is unlikely to face any meaningful checks on his power when it comes to other populations or issues, and all of society will suffer the consequences.