The ultimate test of the agreement’s success may be whether it creates space for systemic changes that make Iran less threatening, regardless of the technology it possesses. 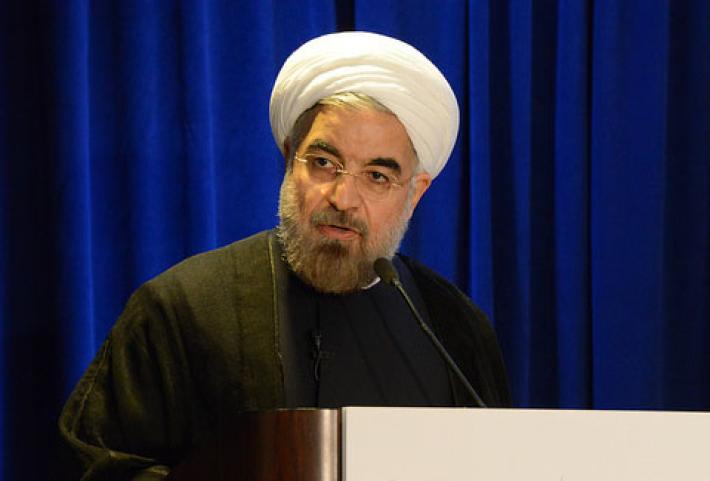 Many experts and politicians are debating whether the agreement with Iran will prevent the country from developing a nuclear weapon, but the ultimate test of its success may be whether it leads to systemic changes that make Iran less threatening, regardless of the technology it possesses. In other words, when the limitations on uranium enrichment expire in 15 years, will Iran be a more stable, open, and democratic place than it is today?

Many Iranians and others believe that a reduction of tensions in the country’s foreign relations may result in the sort of internal conditions that are conducive to reforms. With an economy no longer on the brink of collapse, war with the United States and its allies averted, and increased contacts with international companies and tourists, it is hoped that the authorities’ paranoia over foreign intervention would gradually fade.

Such observers place their trust in the promising rhetoric of President Hassan Rouhani, whose election platform included an easing of restrictions on civil liberties, in addition to a negotiated end to economic sanctions. Given his success in achieving the nuclear deal despite stiff opposition from religious conservatives and the security apparatus, optimists believe he may be able to make progress on issues such as women’s rights, artistic censorship, and internet freedom.

Time is also a factor. The conservative supreme leader, Ayatollah Ali Khamenei, is now 76 years old; he will be 91 if he lives to see the sunset clauses on the nuclear deal take effect. And the entire establishment is facing growing pressure for reform from Iran’s young citizenry. Their hopes and ambitions can only be put off for so long before anger erupts.

The granting of greater civil liberties is not only an end in itself, but would also have positive secondary effects. Investors, tourists, and educated Iranians living abroad would be much more likely to return to the country if the regime put an end to its habit of imprisoning journalists, social media users, and ordinary citizens on absurd charges with political motivations. Respect for religious and ethnic minorities would increase trust among Iran’s neighbors and calm regional sectarian tensions. Allowing Iranians to use the internet and mobile technology without fear of surveillance, censorship, and arbitrary detention would both contribute to economic development and tie President Rouhani closer to his constituents, including young people and the pragmatic middle class. The president’s record of delivering on his promises will be put to the test in February 2016, when Iranians are set to elect candidates to the parliament (Majlis) and the Assembly of Experts—the body of religious scholars tasked with appointing the next supreme leader.

While this optimistic scenario has its attractions, pessimists do not need to look far in Iranian history for examples of thwarted reforms. The last reformist president, Mohammad Khatami, enjoyed widespread public support, but this did not prevent the country’s powerful unelected institutions from blocking many of his political allies from office during the 2000 parliamentary elections, cracking down on the reformist press and activists, and rejecting his legislative initiatives.

In 2009, when Iranians took to the streets to protest the flawed presidential election that kept Mahmoud Ahmadinejad in power, the security apparatus responded with deadly violence, mass arrests, and mounting censorship in a shocking violation of their fundamental rights.

Even Ahmadinejad later found himself boxed in by rivals within the conservative establishment. Indeed, every president since 1979 has eventually been sidelined by the supreme leader, suggesting that the unelected institutions inevitably feel threatened by politicians who claim a measure of independence based on electoral legitimacy (real or imagined).

None of this bodes well for Rouhani and his promises of reform. Conservative elements will likely return to their old tactics in the coming years, heading off changes that would expose the public’s actual desires and demands. Unfettered parliamentary elections, greater media and internet freedom, and increased space for women’s rights would all have the effect of amplifying reformist voices. At the same time, with the nuclear deal apparently done and international pressure set to ease, hard-liners have been robbed of the principal excuse for their tight grip on society. If they feel even more threatened in the new environment, the result could be greater violence and repression rather than compromise and accommodation.

Attention must be paid

It is clear that Iran’s reformists and human rights defenders face enormous obstacles. The international community—including democratic governments and civil society organizations—should look for opportunities to support their efforts without getting in their way.

But above all, the signers, proponents, and skeptics of the nuclear deal must recognize that its final outcome depends on the extent to which ordinary Iranians are able to exercise their basic rights over the next 10 to 15 years. As the nuclear inspectors do their work, the world should also keep watch on the state of freedom in Iran.