Amid the coronavirus epidemic, suppression of dissent remains a top priority for the CCP, and the stakes are higher than ever. 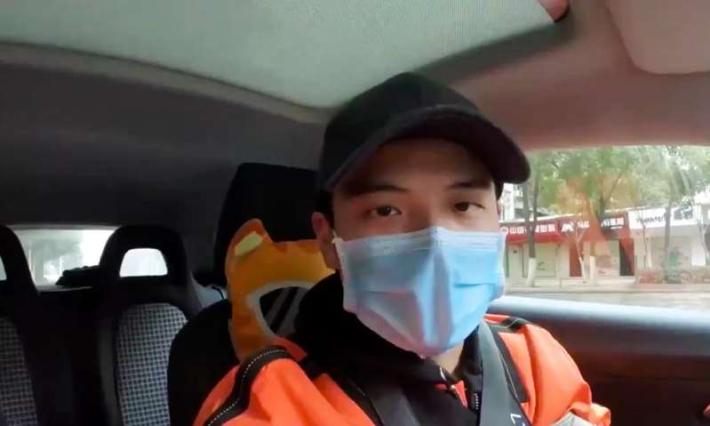 Over the past month, the Chinese Communist Party (CCP) has marshalled the country’s public security apparatus to track down and detain known activists and ordinary citizens who have shared information about the coronavirus outbreak, provided on-the-ground updates from the epicenter, or reflected upon the epidemic’s implications for China’s governance model.

But parts of the regime have also gone on the offensive against its political enemies more broadly, raising new questions about where party leaders’ priorities lie during a public health crisis and how far they will go to maintain their hold on power.

The disappearance of three Chinese citizen journalists who had been live-streaming updates from Wuhan has drawn international attention. The three men — businessman Fang Bin, lawyer Chen Qiushi, and former journalist Li Zehua — had separately recorded and disseminated video reports from inside the locked-down city, its hospitals, and its quarantine centers. Over the past month, all three have vanished into some form of custody, detained by police or possibly quarantined despite their reported good health.

While these cases are widely known, in part due to the men’s international contacts and the potency of their videos, there are many more like them. Media reports, updates from human rights groups, and posts on local government websites from the past month indicate that similar measures are being taken by authorities far from Wuhan. In Shandong province, pro-democracy activist Ren Ziyuan was sent to 15 days of administrative detention for criticizing the government’s management of the epidemic online. Tan Zuoren, an online activist and former political prisoner in Sichuan province, received multiple visits by police and had his account on the WeChat social media platform frozen. In Nanjing, former professor Guo Quan was arrested for “inciting subversion of state power” after publishing articles online with information related to the outbreak.

Chinese Human Rights Defenders has documented over 450 cases of ordinary netizens who were detained for supposedly spreading “rumors.” Local government websites in Shandong, Jiangxi, Jilin, and Tianjin reported that security forces had arrested adherents of the banned Falun Gong spiritual practice who were handing out leaflets or posting banners with information related to the health crisis. In Tibetan areas, people have reportedly been subject to administrative detention for reporting suspected cases on WeChat or simply offering prayers. Yet officials have carried on with activities meant to reinforce political controls over Tibetan monasteries and households — for example gathering people to pledge loyalty to the national flag and sending party cadres to travel among villages — even when such actions run counter to recommended health safeguards.

Some intimidation efforts appear to be reaching beyond China’s borders, with journalists reporting cases of Chinese WeChat users in the United States, Canada, France, Australia, and elsewhere being threatened or having their social media accounts silenced when they try to relay international news to relatives inside China.

From what is known about the above examples, the individuals detained or threatened were not maliciously spreading disinformation that would cause public panic, but rather were sharing information they perceived as helpful to fellow citizens in the midst of a sudden, disorienting, and dangerous crisis that has been exacerbated by state censorship. And they often did so despite an awareness of the reprisals they might personally face as a result.

Lashing out at Political Enemies

Even as resources are stretched thin responding to the public health crisis, the CCP continues to prioritize crushing perceived threats to its political legitimacy. This tendency is evident from a recent flurry of actions meant to punish long-standing targets over political offenses that have nothing to do with the coronavirus.

On February 25, for example, a mainland court imposed a 10-year prison sentence on Gui Minhai, a Hong Kong-based publisher of scandalous books about CCP leaders. Gui had been abducted in 2015 from Thailand. Chinese authorities also apparently coerced him into renouncing his Swedish citizenship, which would strip him of a host of legal protections and set a dangerous precedent for any foreigner detained in China. Sweden has not recognized the supposed change in nationality.

Another instance was the February 28 arrest in Hong Kong of media tycoon Jimmy Lai for participating in a protest more than six months ago and making insulting comments to a journalist in 2017. Given that Lai has been in Beijing’s crosshairs for many years, the timing of the legally dubious arrests seems linked to a crisis of political legitimacy created by the viral outbreak. Two other veteran democracy advocates were arrested the same day. At the very least, the authorities may be using the extraordinary circumstances of the epidemic to take aggressive steps that they might otherwise be reluctant to attempt.

Back in China, the judicial system continues to push forward with the politicized prosecution of other activists — like Guangxi province rights lawyer Qin Yongpei and anti-discrimination advocate Cheng Yuan. Police harassed Cheng’s wife on March 3 after she posted a video calling for the release of her husband and two of his colleagues. In late February, Yang Xubin was sentenced in Guangdong province to nine months in prison for expressing support for Hong Kong protesters.

In a more prominent case, rights lawyer Xu Zhiyong was detained in Guangdong province on February 15. Xu been on the run from authorities since December, when he attended a dinner meeting of activists. But the nationwide effort to track him down may have been accelerated by his recent comments and updates on Twitter and blogging platforms, including a scathing letter calling for President Xi Jinping to step down over the government’s mishandling of the coronavirus. Interestingly, when police came to the home of the friend Xu was staying with, they reportedly claimed to be checking residents’ temperatures. The visit ended with Xu and his hosts being taken into detention on political grounds. On March 7, Xu’s family learned that he had been charged with “inciting subversion of state power,” which has yielded harsh sentences for numerous rights activists in recent years.

Doing Harm to All Concerned

Even without any intentional escalation, the harms caused by the regime’s repressive practices are magnified by the epidemic. For instance, Li Wenzu, the wife of jailed rights lawyer Wang Quanzhang, cannot take her son to visit his father in Shandong. She reports that police have denied them the option of communicating by video. Meanwhile, outbreaks of the virus have been recorded in several prisons in Hubei, Shandong, and Zhejiang provinces, including facilities known to have housed religious and political prisoners. As numerous observers have noted, the possible spread of the pathogen through detention camps in Xinjiang could be catastrophic for hundreds of thousands of Uyghurs.

Moreover, like the people of Wuhan and elsewhere who have suffered from the outbreak, the victims of the CCP’s politicized repression during this time will feel its effects for many years to come, whether due to long prison sentences, lost livelihoods, or physical health problems linked to their mistreatment in custody.

Ironically, the repressive actions will not be without cost for the CCP itself. The high degree of censorship and at times preposterous propaganda over the past month and a half have weakened public trust in the regime and incentivized people to jump the Great Firewall or otherwise circumvent censorship. Gui Minhai’s mistreatment has galvanized condemnation not only from Sweden but also from the European Union and the United States. And days after Jimmy Lai’s arrest, Hong Kong saw its first round of protests since the epidemic began, as public anger overrode people’s fears of contagion.

Still, the Chinese authorities are likely to continue prioritizing political repression in the coming months. The coronavirus outbreak — arguably more than any other development in the past decade — has shaken the foundations of CCP legitimacy, threatening the post-Tiananmen social contract in which citizens accept the loss of political rights and civil liberties in exchange for a sense of safety and growing prosperity. This renders the message of people like Xu Zhiyong more appealing to a larger contingent of Chinese citizens, and therefore more dangerous to Xi Jinping.

This article was first published in The Diplomat on March 9, 2020.