A Worrying Setback for Freedom of Expression in Spain

A new law backed by the conservative government will impose harsh fines on protesters and limit media coverage of police activity. 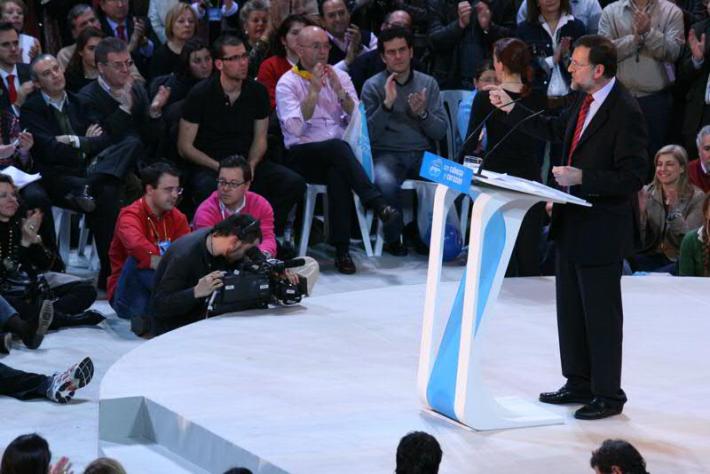 By Ana Pastor,
Researcher, Freedom in the World and Freedom of the Press 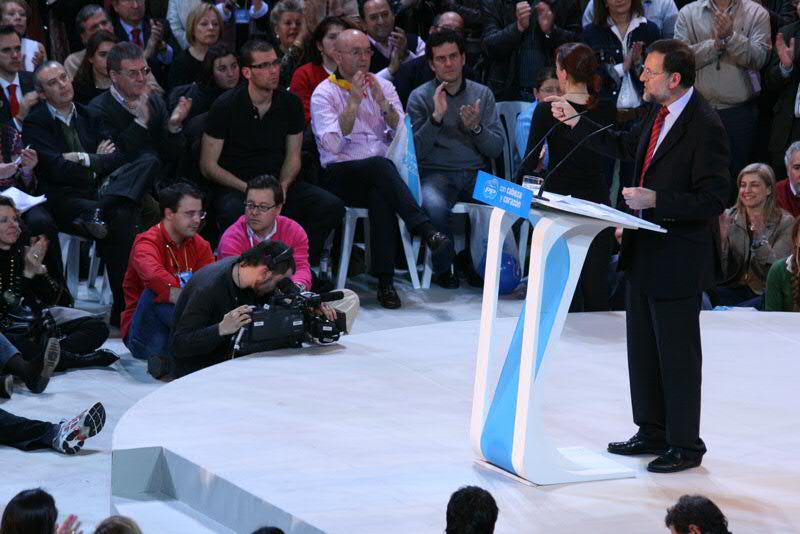 After Spain’s local elections in May, Prime Minister Mariano Rajoy blamed the media for the defeat suffered by his conservative Popular Party (PP), citing their “constant hammering” on corruption cases that have shaken the government in recent years. This inclination to focus on public criticism as a problem in itself, rather than addressing the underlying issues, has also been reflected in the Rajoy government’s legislative initiatives.

On July 1, a new Law on Public Security, nicknamed the Gag Law, will enter into force along with related reforms to the Penal Code. The law imposes sanctions for protest-related offenses, with administrative penalties categorized as mild, grave, and very grave. The mild penalties range from €100 to €600 and will be applied to those who hold protests in public places without first notifying the authorities. Protests held near the parliament and other government buildings can draw fines of €30,000, while penalties for demonstrations adjacent to critical infrastructure like transportation hubs or nuclear power facilities can reach the incredible amount of €600,000. Declining to identify oneself to the authorities, failing to obey orders to disperse, and disseminating unauthorized images of law enforcement personnel also carry penalties of up to €30,000. This last point in particular threatens photojournalists and others who seek to inform the public about any police abuses.

The law effectively limits freedom of expression and freedom of assembly in the name of security. “Protests will be more free because they will be protected from violent people,” explained PP parliament member Conrado Escobar.

When the law was first proposed in late 2013, it was known as the Anti-15M Law, a reference to the movement of social protests that began on May 15, 2011. Those protests would have been stymied if the new law had been in place at the time. The movement began spontaneously, when a group of people decided to stay overnight in the Puerta del Sol, Madrid’s central square, to protest against austerity measures.

Indeed, the Gag Law is only one in a series of attempts by the government to silence the “indignados,” the name given to the Puerta del Sol protesters. In 2012, when the organizations Plataforma En Pie and Coordinadora 25S convened an assembly to “surround” the parliament, the authorities decided to prosecute seven of its organizers. However, Judge Santiago Pedraz backed the protesters and scolded the government for trying to restrict fundamental freedoms. Two other judges later followed suit in similar cases.

In April 2013, as politicians were targeted by protesters facing evictions due to the country’s economic crisis, the Rajoy government ordered police to prohibit demonstrations within 300 meters—or three soccer fields—of the homes or offices of public figures. A senior PP leader denounced the eviction-related demonstrations as a form of harassment that amounted to “pure Nazism” or “a spirit of sectarianism and totalitarianism.”

The latest measure against freedom of expression and information took shape earlier this month, when the lower house of parliament approved a PP-backed amendment to the Law of Criminal Procedure that would restrict the media’s use of images of criminal defendants during arrests or transfers. The stated intent was to avoid sensationalism and prejudicial coverage that could harm a defendant’s privacy and presumption of innocence. However, media outlets linked the new amendment to the April arrest of Rodrigo Rato, a former PP economy minister, on charges of tax evasion and money laundering. Organizations including the National Association of Graphic Reporters (ANIGP-TV) and the Press Association of Madrid (APM) have condemned the amendment as a curb on their ability to inform the public.

In pushing through the recent bills, the PP government has not only turned a blind eye to the complaints presented by the opposition, NGOs, and social movements within Spain, it has also ignored international organizations like the United Nations. A group of UN special rapporteurs issued a statement in February expressing concern that the legal changes “could be a response by the Government and the legislature to numerous demonstrations that have been carried out in Spain in recent years.”

The European Commission should condemn the new laws, but it is not sufficient to criticize them in a press conference. The EU needs to create mechanisms that can enforce international and European human rights standards when they are undermined by member states. If human rights are the basis of the democratic club to which Spain belongs, the integrity of the whole enterprise depends on swiftly confronting those who break the rules.

Photo Credit: Mariano Rajoy in Vigo. Political meeting of Mariano Rajoy, candidate of the People's Party for the Presidency of the Government of Spain. Vigo (Galicia, Spain). (Flickr/Creative Commons)