Unlike predecessors such as Deng Xiaoping or Taiwan’s Chiang Ching-kuo, Chinese president Xi Jinping appears unlikely to leave his country freer than he found it. 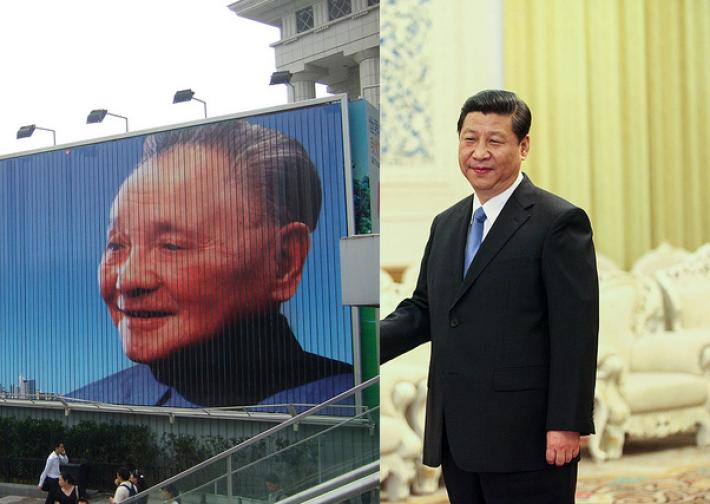 Two years into Xi Jinping’s presidency, all hope that China’s new leader could morph into a liberal reformer seems to have vanished. Yet many China watchers remain optimistic that Xi might at least prove to be an effective authoritarian reformer in the style of Deng Xiaoping, or Taiwan’s Chiang Ching-kuo. Unfortunately, the president’s actions thus far suggest that even these comparisons are perhaps too sanguine.

Before Xi became president, some speculated that he might be open to political reform. Even if China’s new leader was not about to set the country on a course for liberal democracy, many took Xi’s early speeches as general secretary of the Chinese Communist Party (CCP) as a sign that he would be a proponent of constitutionalism. However, the leadership has since clamped down on any talk of making the party subordinate to China’s constitution, and Xi himself has made clear that he opposes the idea of an independent judiciary. 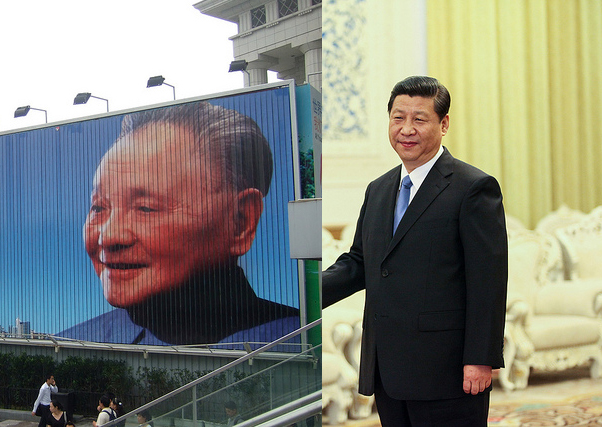 As evidence against Xi Jinping being a liberal reformer has piled up, so have indications that he is in fact an authoritarian reformer. Under Xi’s leadership, the Chinese government has waged a determined anticorruption campaign that has seen more than 100,000 officials disciplined since December 2012. And contrary to countless assessments that the campaign is simply an expedient to purge the president’s rivals and cannot be sustained, the crackdown has now entered its third year and has expanded its scope to include several investigations into senior military officials and extradition of economic fugitives. Recently, China’s graft busters have turned their sights on state-owned enterprises, art circles, and shady transactions in Macanese casinos.

In addition to fighting corruption, the CCP under Xi’s command has abolished China’s “reeducation through labor” camp system, eased the controversial one-child policy, and is in the process of reforming the much-despised hukou household registration system. Moreover, the president is promoting significant (if less ambitious than many China watchers had hoped for) economic reforms including expansion of free-trade zones, linking of mainland stock markets with the Hong Kong exchange, and experimentation with the management and purview of state-owned enterprises.

Xi’s supposed pragmatism and penchant for economic reform without political liberalization has elicited comparisons to Deng Xiaoping, a founding father of China’s economic modernization. Although the president himself seems to favor such comparisons, to call Xi the new Deng might be a bit too charitable.

Deng was not a democrat, and he was not responsible for initiating China’s “reform and opening up” policies, as many people believe. He repeatedly suppressed prodemocracy movements, most notably ordering the brutal crackdown on student protesters in 1989.

Nevertheless, Deng’s had come to power shortly after the Cultural Revolution, and his brand of authoritarianism was consequently seen as an improvement on Mao Zedong’s radical and destructive leadership. It is undeniable that Deng made China a freer and more open country during his years as the paramount leader. He abolished class struggle and rehabilitated those who had been persecuted during the Cultural Revolution. Moreover, Deng steadfastly championed China’s opening to the outside world in the face of opposition from other senior leaders, and embraced “collective leadership” as China’s new style of governance.

In contrast, Xi Jinping has amassed an enormous amount of power in his own hands. He heads two new policy coordinating bodies—the Leading Small Group for Comprehensive Deepening of Reform and the State Security Commission—that experts believe will give him unparalleled power to advance his own agenda on a variety of domestic, foreign policy, and security issues. Equally important, Xi has developed a cult of personality that harkens back to the Mao Zedong years.

Xi is also frequently compared to another authoritarian reformer, former Taiwanese president Chiang Ching-kuo. However, considering Chiang’s legacy, such a comparison appears to be more wishful thinking than credible assessment. Before he left office, Chiang lifted Taiwan’s decades-long martial law and put an end to the persecution of opposition parties. Although he was an authoritarian ruler, he is widely credited with setting Taiwan on the path to democracy. Chiang, like Deng, left his country freer than he found it.

It is too early to say that Xi won’t have a similar impact on China, but so far the outlook isn’t good. Under Xi’s leadership the CCP has imposed greater restrictions on academic freedom, tightened media controls, and launched a campaign against “Western values” and “Western ideas” such as “Western Constitutional Democracy,” freedom of the press, and universal human rights. If anything, China has moved further away from liberal democracy during Xi’s first two years in office.

Perhaps it is still possible that Xi will use his political capital to push through liberal reforms later in his presidency. However, given recent official statements denigrating democratic concepts, it seems far more likely that Xi will pursue his stated goal of strengthening party discipline—in the “spirit” of Mao—to ensure the regime’s survival. If this is all Xi does during his presidency, he will perpetuate what Minxin Pei calls the “tragedy of Dengism.”

As Pei sees it, Dengism “gained credibility from the fact that its creator dismantled a cruel and destructive system, and left behind a more prosperous and humane China. But that credibility has been used to justify the maintenance of a system that is now hampering China’s continued progress.”