In Ukraine, Free Elections Must Go Hand-in-Hand with Internet Freedom 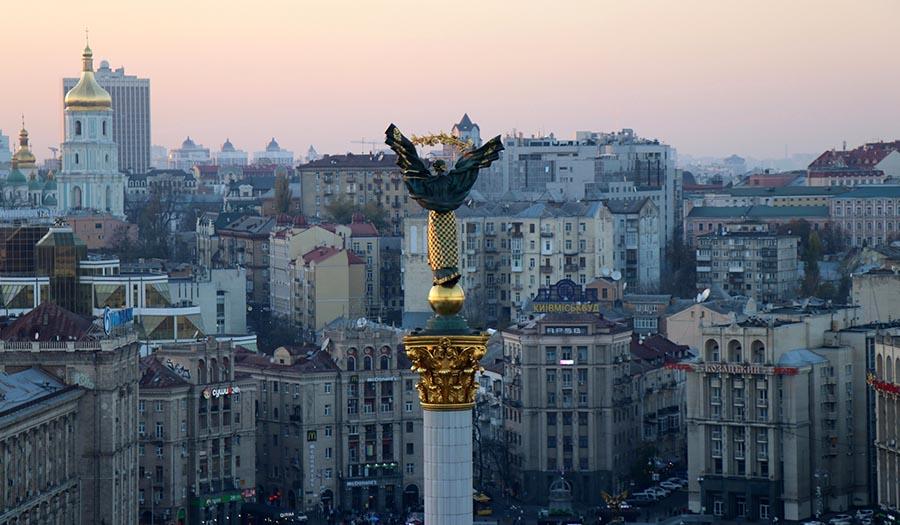 Far from a digital public square, the internet in Ukraine, as elsewhere, is an arena. Online, foreign and domestic political actors vie for influence over voters, and in the lead-up to Ukraine’s presidential election, the action has intensified.

Just four days before Ukrainians pick their next president, the threat posed by government overreach, partisan astroturfing, and Russian meddling looms larger than ever. The open internet stands to suffer—and Ukrainian democracy with it.

While the internet in Ukraine is largely free from government control, certain Russian-owned or -linked websites and web services have been blocked since 2017 in the name of national security. These include Vkontakte (VK) and Yandex, which were banned by decree. Last month, an official from Ukraine’s Security Service (SBU)—appearing, no less, on a television program called Freedom of Speech—announced that 100 more sites could face blocks before the election, ostensibly to curb the spread of “Russian ideology.” On March 19, incumbent president Petro Poroshenko inaugurated a new round of sanctions against Russia, a move that may lead to yet more blockings.

While some Russian web properties are vectors for Kremlin-sponsored disinformation, the government’s censorious response represents a threat to the open internet ideal. That ideal is threatened further by the lack of transparency regarding the sites that are blocked and the decision-making process for blocking them.

Recently, the Ukrainian government has sought to tighten internet controls. Draft legislation introduced in 2018, ostensibly meant to address inadequate cybersecurity laws and oversight of enforcement bodies, would simply grant officials power to block “information resources.” Another bill, introduced on March 12, would “criminalize the dissemination of false information” online and in the media. Worryingly, this measure would also impose severe penalties, including temporary bans, on outlets deemed to have spread election-related “fake news.” Both bills would exacerbate existing self-censorship among journalists, civil society activists, and everyday internet users, particularly on topics related to Russia and separatism.

Thus far, though, government distortion of Ukraine’s online landscape pales in comparison to private actors’ influence over digital media. Many outlets have close ties to politicians, parties, or oligarchs whose editorial influence has resulted in an intensely polarized online media landscape. Of particular concern is the phenomenon of jeansa, or surreptitiously commissioned content. One recent survey by the Institute of Mass Information, a Freedom House partner organization, identified 314 cases of politically motivated jeansa online in just five days of monitoring. All major candidates for the presidency appear to be benefiting from this practice.

Additionally, paid commenters and trolls have proliferated online in Ukraine, as noted in Freedom House’s 2018 Freedom on the Net survey. Reporting from the headquarters of comedian and presidential frontrunner Volodymyr Zelensky, analyst Nina Jankowicz writes that “bots have inundated the comments on their [the campaign’s] posts,” adding that much of the activity originates from within Ukraine. Poroshenko stands accused of using bots (dubbed porokhoboty) to manipulate online content; Zelensky’s staff implicitly blamed porokhoboty for a flurry of reports against his YouTube channel in March that led to its temporary suspension.

Kremlin-directed content manipulation exists alongside domestic content manipulation. Just two weeks ago, the SBU uncovered an “information unit” of the Russian Armed Forces called “Sapphire” that has put out as many as 12,000 posts on social media meant to discredit Ukraine’s top military and political leaders. Many other revelations suggest an active Russian disinformation campaign. In January, the SBU exposed 300 suspicious accounts it said had been promoting ads on social media that were “beneficial to Russia.” This month, BBC Monitoring reported on a proliferation of altered images and videos intended to damage Poroshenko and Zelensky, which also contained implicit or explicit pro-Russian narratives; many were picked up by Russian state television. Additional reports of Russian influence operations seem to be surfacing almost daily.

Facebook remains the preferred platform for disinformation in Ukraine. Just yesterday, the company removed 1,907 accounts, groups, and pages linked to Russia, saying that while most had violated spamming rules, some had engaged in “coordinated inauthentic behavior,” involving “content related to Ukrainian news and politics.” However, Facebook’s election-integrity initiatives in Ukraine have generally been inadequate. In January, the company prohibited advertisements bought outside of Ukraine from appearing in-county in the lead-up to the March 31 vote. Yet as RFE/RL reports, this prohibition can be (and, indeed, has been) circumvented by purchasing targeted ads through “rented” Ukrainian accounts. More recently, Facebook unveiled new, more stringent requirements for targeted ads related to Ukrainian politics. As of March 18, advertisers must identify themselves to Facebook and to their audience. However, these requirements come too late to rein in what has already been unleashed on the Ukrainian electorate. What’s more, they do nothing to address inauthentic content that spreads organically; that is, without the assistance of targeted ads. Facebook’s new safeguards will be tested once again during the country’s parliamentary elections later this year.

The Kremlin’s electoral interference has also manifested itself in the form of cyberattacks, with the chief of the Ukrainian Cyber Police recording “a very large number” of attacks against state officials and employees, “including those involved in the electoral process,” during the preelection period. He traced most of the incidents, which included DDoS and phishing attacks against the Central Election Commission, back to Russia. Similar attacks against civil society organizations have also been observed.

(Separately, internally-displayed Ukrainians can participate in the upcoming presidential election, but they face administrative obstacles. In the separatist-controlled territories of Donetsk and Luhansk, and in Crimea, censorship by the de facto authorities, self-censorship, and arbitrary arrests and detentions, have severely diminished the space for free expression online, offline, and at the ballot box.)

Despite these challenges, most Ukrainian voters still enjoy access to a diverse array of online resources. Ukrainian civil society remains vibrant, and watchdog groups, bolstered by the international community, are well equipped to call out election-related internet restrictions as they arise.

Yet when it comes to protecting the digital commons, Ukraine is caught between a rock and a hard place. Doing nothing is not an option. The challenge posed by Russian interference is real and consequential, creating a powerful need for state action. Fraudulent and biased information, coupled with a domestic trolling problem, must likewise be addressed. However, state action has thus far taken the form of extrajudicial censorship, undermining both the open internet and Ukraine’s democratic bona fides. Meanwhile, efforts by Facebook to contain disinformation have been lacking. Ukraine’s leaders and social media platforms must devise a way to responsibly address a set of problems that will only become more complex, particularly as purveyors of disinformation continue to innovate ahead of the country’s 2019 parliamentary elections.

For an overview of the internet freedom situation in Ukraine, the Crimean Peninsula, and the separatist-controlled territories of Donetsk and Luhansk, please see Ukraine’s 2018 Freedom on the Net report.