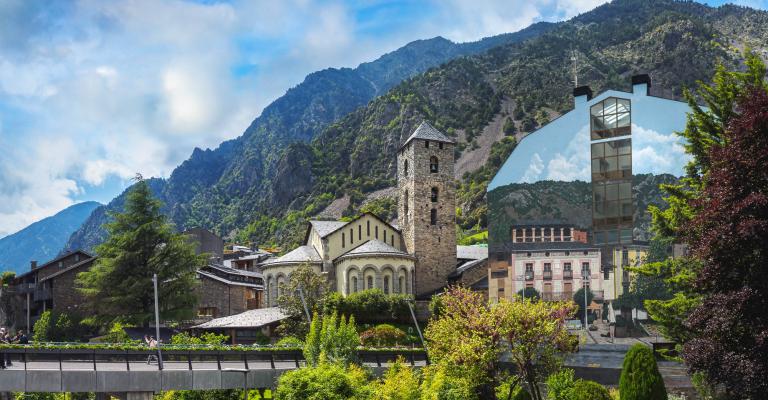 Andorra has a parliamentary system, with a prime minister elected by and accountable to the legislature. The legitimacy of the prime minister, usually the head of the party with the most seats, rests largely on the conduct of parliamentary elections, which have historically been competitive and credible. Xavier Espot Zamora, the new leader of the ruling Democrats for Andorra (DA) party, was chosen as prime minister in May 2019 following the previous month’s elections. The DA had lost its parliamentary majority, but it formed a coalition government with two smaller liberal parties. Espot replaced outgoing prime minister Antoni Martí Petit, who had held the post since 2011.

Members of the unicameral, 28-member Consell General are directly elected every four years through a mixed voting system. In the April 2019 elections, the DA led with 11 seats, followed by the Social Democratic Party (PS) with 7, the Liberals of Andorra (LA) and the new conservative party Third Way (TV) with 4 each, and the new social-liberal party Committed Citizens (CC) with 2. The LA and CC joined the DA in the new governing coalition. The polls were generally considered competitive, credible, and well administered.

The Electoral Law, which was last changed in 2014 to introduce regulations on campaign finance, provides a sound framework for free and fair elections. The Electoral Board supervises elections impartially. However, the law does not provide a formal role for international or citizen observers.

Political parties may form and operate freely, and there are a number of active parties in Andorra. Two new parties, TV and CC, made their debut in the 2019 elections.

The country has experienced multiple democratic transfers of power between rival parties, most recently in 2011, when the DA replaced a government led by the PS. Opposition parties are well represented in the Consell General and deprived the DA of its outright majority in the 2019 elections.

More than 50 percent of the population consists of noncitizens—mostly from nearby states—who do not have the right to vote in national elections or run for elected office. Under Andorra’s restrictive naturalization criteria, one must marry a resident Andorran or live in the country for more than 20 years to qualify for citizenship. Prospective citizens are also required to learn Catalan, the national language.

There are no specific policies to encourage the political participation of women, but women are active in politics, and after the 2019 elections they held 50 percent of the seats in the legislature. LGBT+ people are also free to participate in politics, and a number of parties advocate for their interests.

The elected government and parliament generally exercise their powers without improper influence from unelected or nonstate actors. However, in recent years the bishop of La Seu d’Urgell, Joan-Enric Vives i Sicília, has repeatedly threatened to resign as co-prince if the Andorran government were to decriminalize abortion, a move that would result in a constitutional crisis. Similar threats were made in 2009 by the other co-prince, then French president Nicolas Sarkozy, who stated that he would resign if Andorra failed to reform its banking system. Neither co-prince is elected, directly or indirectly, by Andorran voters, and the bishop’s intervention on such a high-profile policy matter continued to draw objections from reform advocates during 2020.

Score Change: The score declined from 4 to 3 because the bishop of La Seu d’Urgell, an unelected co-prince of Andorra, has obstructed a movement to legalize abortion in recent years by warning that he would abdicate and trigger a constitutional crisis if such a measure were passed.

Government corruption is not viewed as a pressing issue in Andorra. Over the past several years, the government has made progress on financial-sector reforms designed to prevent abuses of the country’s banking system that could facilitate either domestic or transnational corruption. A law that renounced banking secrecy and required certain disclosures about accounts held by nonresidents entered into force at the start of 2018. In 2019, the parliament adopted legislation to strengthen existing safeguards against money laundering and terrorist financing, which drew praise from the Council of Europe’s Committee of Experts on the Evaluation of Anti-Money Laundering Measures and the Financing of Terrorism.

Nevertheless, in a new compliance report published in October 2020, the Council of Europe’s Group of States against Corruption (GRECO) expressed disappointment with the progress of other anticorruption legislation, finding that only three of its 13 recommendations had been satisfactorily addressed. The report noted in particular that members of parliament are still not obliged to report conflicts of interest or declare assets.

While proposals for a general law on transparency and access to information were still under consideration during 2020, the government makes efforts to operate openly in practice. Among other resources, it publishes a regular bulletin, accessible online, that documents government activity, budgetary processes, public procurement, and asset disclosures. Since 2017 the Ministry of Territorial Planning has sponsored a participatory budget process, allowing members of the public to help set spending priorities. The parliamentary rules of procedure were amended in 2019, obliging the parliament to inform the public about all of its activities.

There are a number of daily and weekly newspapers, and the country’s only domestic television station is operated by the public broadcaster Ràdio i Televisió d’Andorra. Residents have access to a variety of foreign media services. While press freedom is generally respected, criminal defamation laws remain on the books, and business, political, and religious interests have historically influenced media coverage; reporting on the activities of Andorra’s banks has been particularly difficult.

Freedom of religion is generally upheld, but the Roman Catholic Church enjoys a privileged position that allows it to draw on some state support and to bypass some bureaucratic processes that other faith groups must adhere to.

Despite years of negotiations between the Muslim community and the government, there is no recognized mosque for the country’s roughly 2,000 Muslims. The government has organized meetings with Jewish and Muslim communities to discuss the possible establishment of a special cemetery where those groups could conduct burials according to their customs and beliefs, but there has been little progress on the proposal.

There are no significant constraints on personal expression or freedom of private discussion. Authorities are not known to illegally monitor private online communications.

Andorran law provides for freedom of assembly, and the government respects this right in practice. Demonstrations against government policies and in response to other social and political controversies take place on occasion. In 2019, protests against Andorra’s strict prohibition on abortion drew hundreds of participants. Authorities imposed temporary restrictions on large gatherings during 2020 to limit the spread of COVID-19.

Various nongovernmental organizations (NGOs) are active in the country and function without restriction. Human rights groups are generally able to publish their findings and advocate for improvements without repercussions.

However, Vanessa Mendoza Cortés, leader of the women’s rights organization Stop Violence, was charged in July 2020 with slandering the co-princes and state institutions through her 2019 testimony before a UN body about conditions for women in Andorra, including the abortion ban. The maximum penalty for the slander charge was four years in prison; an initial hearing in the case was pending at year’s end.

The right to unionize is protected by law and the constitution, and a new labor law that took effect in 2019 established regulations for collective bargaining and the right to strike. However, unions and the political opposition characterized the law as a setback, arguing in part that it placed unnecessary constraints on the right to strike and increased job insecurity. There are no laws in place to penalize antiunion discrimination.

In 2018, Andorra experienced its first major strike in 85 years, when civil servants walked out to protest reforms to their contracts proposed by the Martí government.

The judiciary is impartial and independent, and is generally free from pressure from the government. Judges are appointed and supervised by the Higher Council of Justice; the two co-princes, the speaker of parliament, and the prime minister each select one of the council’s five members, and the fifth is elected by judges and magistrates. In its October 2020 compliance report, GRECO called for a larger proportion of the council’s membership to be elected by judges and magistrates.

Andorra is free from war and insurgencies, violent crimes rates are low, and law enforcement agents are not known to use excessive force against civilians. Prison conditions are adequate.

In 2019, the parliament adopted a law on equal treatment and nondiscrimination. While it was focused primarily on combating gender discrimination, it included comprehensive protections against discrimination based on race, ethnicity, age, disability, sexual orientation, gender identity or expression, and other such categories; the legislation also featured enforcement mechanisms, including fines. To address a persistent gender pay gap estimated at 22 percent and as high as 40 percent in some sectors, the new law specifically required equal pay for equal work. A report published by a women’s rights organization in March 2020 described ongoing problems including discrimination in the labor market and gender-based violence.

Andorra provides temporary protection and services to refugees and asylum seekers, but there is no law allowing the government to grant asylum or refugee status.

There are few restrictions on freedom of movement, and people are generally free to change their place of residence, employment, and education. The government imposed temporary restrictions on travel and internal movement during 2020 in response to the COVID-19 pandemic, including an initial lockdown from March to May, though the measures were largely seen as proportionate to the public health threat.

The legal and regulatory framework is generally supportive of property rights and entrepreneurship, and there are few undue obstacles to private business activity in practice.

Personal social freedoms are generally respected, though there are some restrictions for same-sex couples, who can form civil unions but not marry or adopt children. Domestic violence is prohibited by law and punishable with prison sentences; the government pursues domestic violence cases and provides resources for victims. Nevertheless, such violence remains a serious problem, and sometimes involves violence against children. The Council of Europe’s November 2020 report on Andorra’s implementation of the Istanbul Convention—a treaty on preventing and combating violence against women and domestic violence—listed a number of shortcomings in the collection of data and the support system for victims of sexual violence.

Andorra remains one of the few countries in Europe where abortion is completely prohibited, with penalties for both doctors and patients who undergo the procedure. Abortion is relatively accessible in neighboring France and Spain, though this option can be expensive for Andorrans.

Andorran laws provide protections for most workers, including migrant workers. However, temporary workers are in a precarious position, as they must leave the country when their employment contract expires, exposing those with expired contracts to potential abuse by employers. The Labor Inspections Office is proactive in addressing violations of workers’ rights.

A 2019 report from the Council of Europe’s Group of Experts on Action against Trafficking in Human Beings (GRETA) found that Andorra had made legislative and policy progress on combating trafficking, but called on authorities to scrutinize high-risk sectors for possible victims and raise awareness of the threat among law enforcement bodies. Confirmed cases of trafficking have been rare in practice. 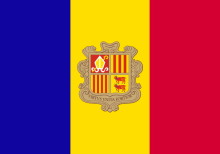