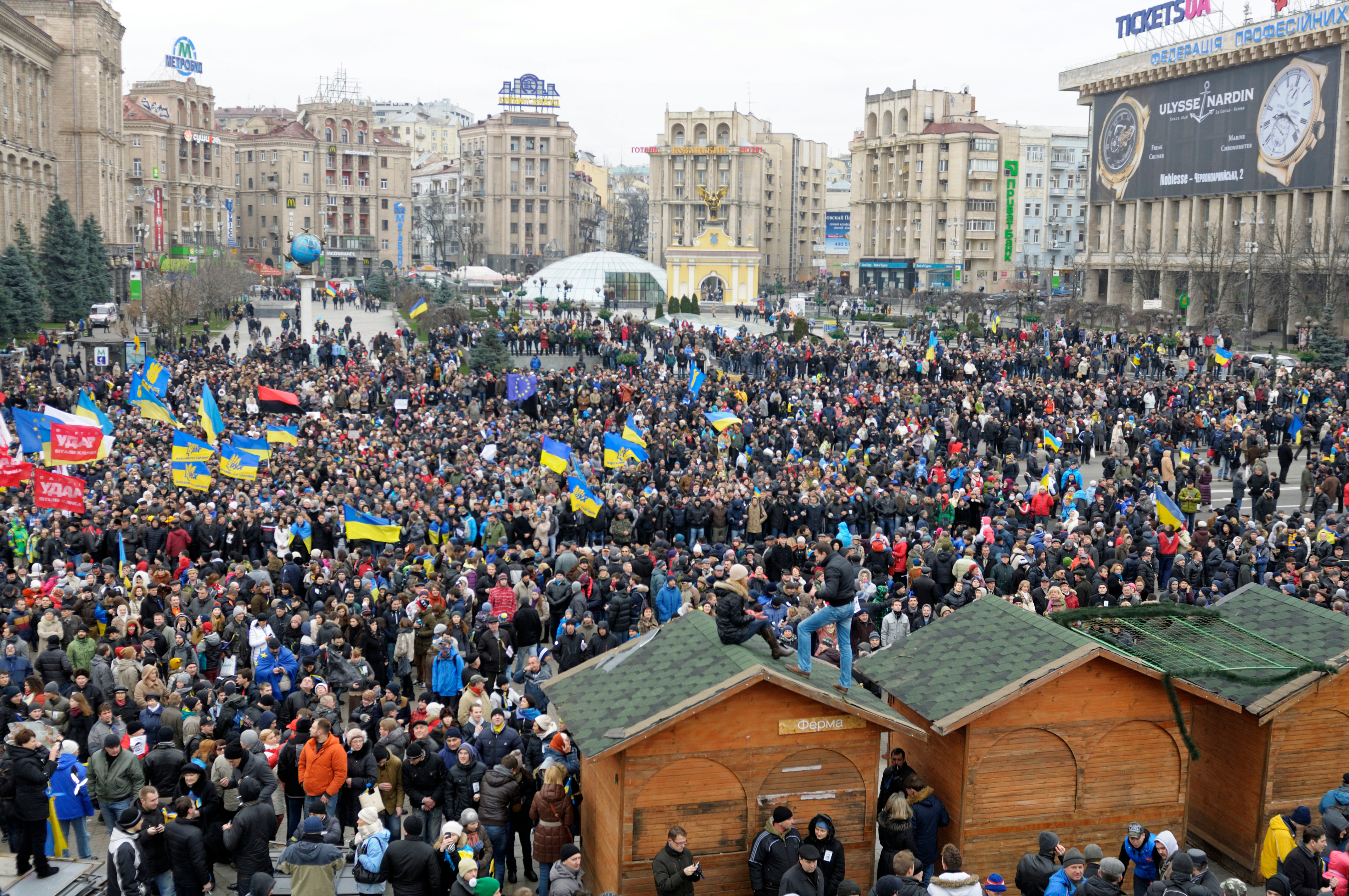 Ukraine has enacted a number of positive reforms since the protest-driven ouster of President Viktor Yanukovych in 2014. However, corruption remains endemic, and initiatives to combat it are only partially implemented. Attacks against journalists, civil society activists, and members of minority groups are frequent, and police responses are often inadequate. Russia occupies the autonomous Ukrainian region of Crimea, which it invaded in the aftermath of Yanukovych’s ouster, and its military supports armed separatists in the eastern Donbas area.

Democracy, human rights and fundamental freedoms in Ukraine are seriously challenged by the grinding military conflict in the country’s east (Donbas), Russia’s occupation and de facto control of Crimea, widespread impunity for human rights abuses, and slow reform in key areas, such as the security and justice sectors. At the same time, the flourishing of civil society, major reforms since the Euromaidan revolution, and a vibrant media demonstrate Ukraine’s promise as an open and pluralistic democracy. As Ukraine struggles with the challenge of building its democracy in the face of significant threats, Freedom House works with an array of partners to mobilize their efforts to resist censorship, advocate in support of human rights and good governance, conduct public oversight over the law-enforcement and security sector, and protect activists and journalists from persecution and violence. Freedom House provides needed support to civic advocates, including LGBT+ people, human-rights defenders, citizen journalists, and religious and ethnic minorities.

Russia’s invasion of Ukraine is not only an attack on a peaceful country that is striving to build its democracy. It is also an attack on democracy itself—on every person’s fundamental human rights and political and civil liberties.

Categorized as a Transitional or Hybrid regime, Ukraine receives a Democracy Percentage of 39 out of 100 in the Nations in Transit 2022 report.

Ukraine is rated Partly Free in Freedom on the Net, Freedom House's comprehensive study of internet freedom around the globe.

Championing Free Expression in Ukraine in a Time of Conflict

Freedom House works to support civil society activists, media, and citizens in advocating for expansive freedom of expression in Ukraine.

Freedom House works to improve Ukraine’s response to hate-motivated violence and ultimately to decrease its incidence.

Monitoring Human Rights in Eastern Ukraine During the Coronavirus Pandemic

Freedom House works to address human rights abuses and challenges in and along the line of contact in eastern Ukraine, including challenges connected to the coronavirus pandemic.

Russia: Hold the Regime Accountable for War Crimes in Ukraine