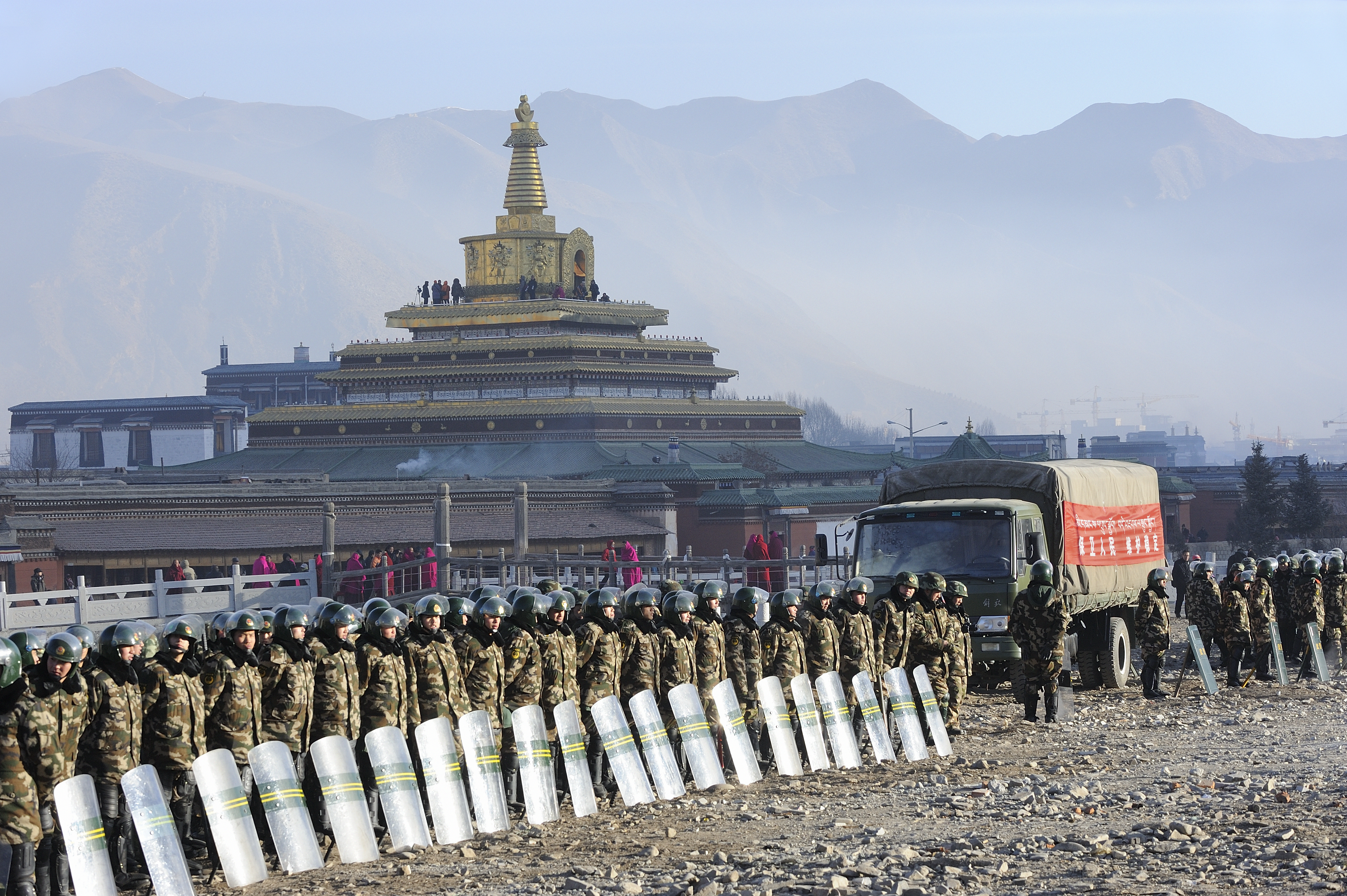 Freedom House urges the Chinese government, foreign policymakers, international civil society and religious organizations, journalists, and researchers to promptly implement as many of the following recommendations as possible.

The developments described in this report entail both costs and opportunities for Chinese society and the international community. On an almost daily basis, injuries are suffered, families are shattered, and lives are lost, but new avenues for practicing religion, reducing repression, and benefiting fellow citizens are also discovered.

Nearly one-third of China’s population is affected by the Chinese Communist Party’s religious policies. Within this group, an estimated 80 to 120 million believers belong to faith communities rated in this study as suffering from “high” or “very high” levels of persecution, highlighting the urgency of their plight.

As noted in the report’s overview essay, the party-state’s relations with religious groups have implications far beyond this particular policy area, influencing China’s political, economic, and social development in critical ways. And in an increasingly interconnected world, the same dynamics have repercussions outside China’s borders.

The findings of this report show that the Chinese authorities cannot make meaningful advances toward the rule of law, enhance free expression, reduce corruption, ensure social stability, or cultivate genuine interethnic harmony unless they begin to loosen their control over religion, end impunity, and release religious prisoners. Indeed, continued repression seems likely to undermine a variety of policy goals shared by the party, foreign governments, and international human rights advocates.

Meanwhile, although this study has attempted to provide a comprehensive assessment of religious revival, repression, and resistance in China, various aspects of the topic deserve further investigation.

In this context, Freedom House urges the Chinese government, foreign policymakers, international civil society and religious organizations, journalists, and researchers to promptly implement as many of the following recommendations as possible.

A. For the Chinese government

Adopt a more inclusive regulatory framework. Expand the space for religious practice within the law by taking steps such as establishing legal personhood for religious venues and loosening registration rules. One possible change would be to eliminate the requirement of affiliation with a “patriotic association” so that more Christian “house churches,” Buddhist and Taoist temples, and informal groups like Falun Gong can operate legally and openly.

Lift limitations on the practice of religion for certain populations. Remove restrictions on children’s religious participation to bring conditions in line with the Convention on the Rights of the Child, which China has ratified. Remove restrictions on the ability of lay believers in Xinjiang and Tibetan areas, particularly government employees like civil servants and teachers, to observe the five pillars of Islam and routine elements of Tibetan Buddhist practice.

Reverse arbitrary decisions that significantly restrict religious space. Several party policies regarding religion have an especially weak legal basis and have generated significant levels of repression and backlash from believers. The party should consider reversing these decisions. For example:

Release all religious prisoners. Release from custody all individuals imprisoned solely for peacefully exercising their rights to freedom of belief and religious expression, including those documented in the Political Prisoner Database maintained by the U.S. Congressional-Executive Commission on China (CECC) or mentioned by name in this report. When prosecuting future cases involving religious believers, grant judges greater authority to distinguish between peaceful religious practice and acts of violence.

Take steps to end impunity. Encourage judges to reject evidence obtained from torture in cases involving religious violations, in accordance with broader judicial reform efforts. Investigate allegations of torture and all suspicious deaths of religious believers in custody or at the hands of security forces, and prosecute those responsible for any unlawful deaths mentioned in this report. Implement the relevant recommendations of the UN Committee Against Torture, in line with China’s commitments as a party to the Convention Against Torture.

Cease organ transplants from prisoners. End all organ transplants from prisoner populations and facilitate an independent international audit of organ sources to verify that the system is fully voluntary and transparent and does not victimize death-row or religious prisoners. Provide visas, freedom to travel, and access to medical files and relevant personnel to international experts investigating this issue.

B. For policymakers in the United States, Europe, and other democracies

Make religious freedom a priority in relations with the Chinese government.

Considering the scale and severity of violations of religious freedom and the presence of concerned coreligionists in many countries around the world, the issue is worthy of particular attention in democratic governments’ interactions with Chinese officials.

Draw attention to abuses and their link to the national interests of other countries.

Put foreign trips to good use.

Before traveling to China, foreign officials (including presidents, prime ministers, other ministers, secretaries, assistant secretaries, UN special rapporteurs, ambassadors, and legislators) should do the following:

For the United States government, retain China’s designation as a country of particular concern (CPC) under the International Religious Freedom Act and impose additional penalties available under the law.

China has been designated as a CPC—a country which “engages in or tolerates systematic, ongoing and egregious violations of religious freedom”—every year since 1999, but the executive branch has typically chosen not to impose a broad range of economic penalties available under IRFA.

Engage in multilateral action via the UN Human Rights Council:

Democratic countries on the council should issue a joint statement condemning the persecution of religious believers in China and worsening conditions for some groups, following the example of a recent joint statement on human rights in China more generally. Diplomatic resources should be devoted to encouraging participation by governments that may have constituencies interested in these issues but that do not typically criticize China’s human rights record, including India, Indonesia, and South Korea.

Resist Beijing’s attempts to export its mistreatment of religious minorities.

Adopt coreligionists in China for advocacy and moral support.

Religious institutions and congregations outside of China should “adopt” verified individual prisoners, offering spiritual, advocacy, and even financial support for persecuted members of their own faith, or building solidarity by doing the same for members of other religions. Such assistance might include weekly prayers on behalf of the individual, letter-writing campaigns to foreign governments and Chinese officials, and collection of monetary or in-kind donations for a detainee’s family members.

While specialized advocacy is important and effective, diverse constituencies can magnify their impact through collective action on themes of common interest. Overseas groups supporting Christians, Tibetans, Uighurs, and Falun Gong adherents in China should develop collaborative projects and advocacy campaigns. They should also share tactics that have proven successful in reducing persecution of coreligionists in China, such as training grassroots believers on how to assert their legal rights when negotiating with officials or having overseas activists call police stations, courts, and prosecutors to urge the release of a religious detainee.

Several human rights groups and overseas websites monitor cases of detention and imprisonment of religious believers in China, but these efforts are incomplete, uneven across different faiths, and sometimes lacking in international credibility. Some initiatives have begun to identify Chinese officials who have engaged in egregious abuses, but their databases are also disparate, may need independent verification, and are not always accessible in English. International civil society groups should fill these gaps and make full use of available Chinese government sources, including court verdicts, to complement reports from grassroots believers. A joint documentation center could consolidate, research, and publicize such information. Better documentation of both prisoners and perpetrators would improve conditions for detainees in China by reducing their international anonymity; inform policymaking, civil society advocacy, academic exchanges, business dealings, and training programs; highlight individual responsibility for gross human rights violations; and provide some deterrence to members of the repressive apparatus in China.

D. For Scholars and Journalists

Choose words and sources with care.

When writing about religion in China, scholars and journalists should take care in their use of official rhetoric so as not to inadvertently legitimize misleading and vilifying propaganda about persecuted groups. They should consult a variety of sources on these topics, including accounts by refugees and research by overseas groups. While sources may vary in credibility, there are many skilled professionals, reliable eyewitnesses, and providers of valuable information among members of persecuted religious communities living outside China and their foreign supporters. Dismissing their perspectives and publications out of hand as inherently biased is itself prejudicial and risks significantly limiting the international community’s understanding of events on the ground.

In addition to those noted in the section above, subjects for research and investigative reporting include: