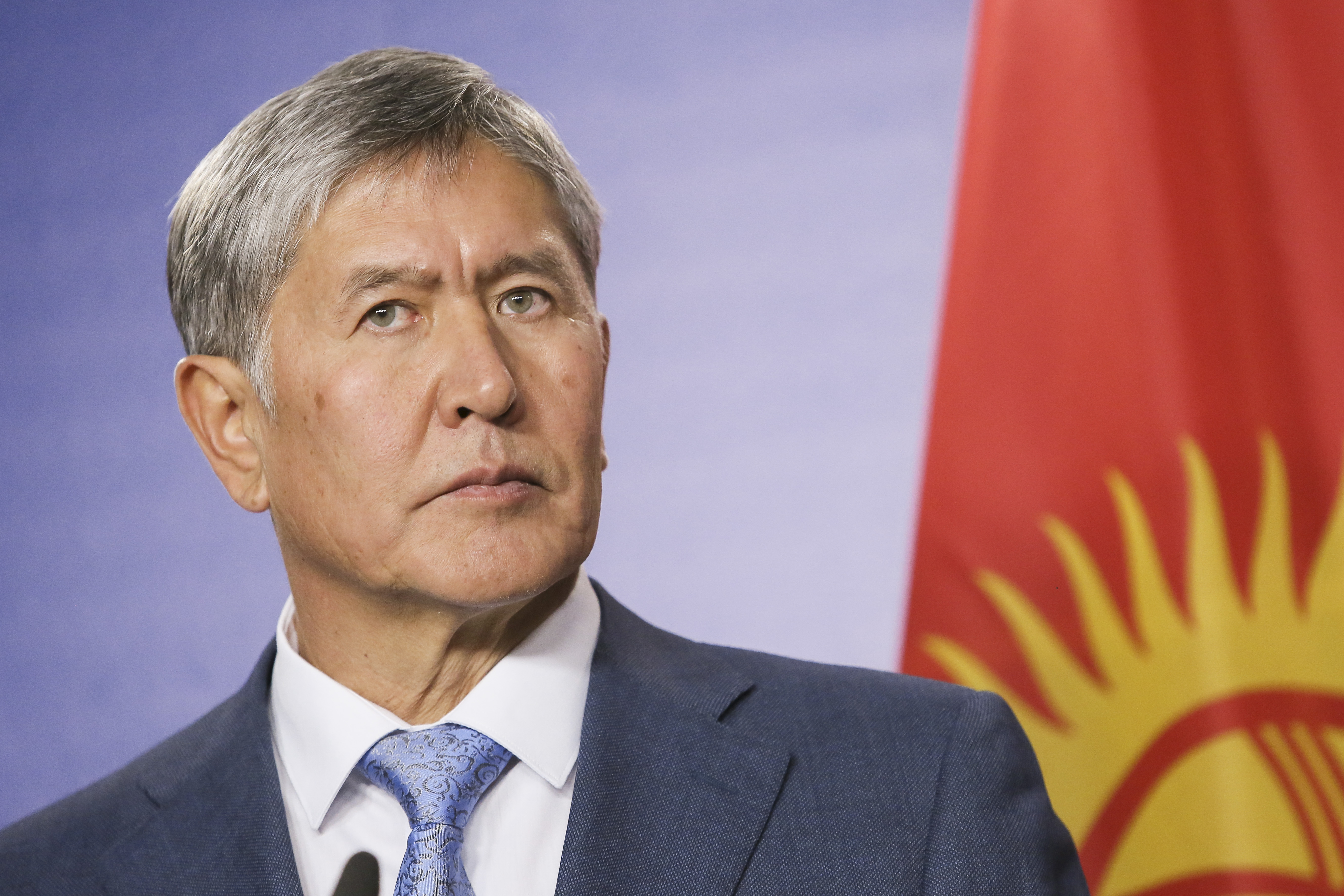 Officials presented the constitutional referendum in Kyrgyzstan in December 2016 as necessary to shift the country from a semi-presidential to a parliamentary system. This brief demonstrates the amendments did not change the system in this way, because they did not reduce the powers of the presidency and instead weakened the judicial branch.

In advocating for the amendments, supporters of the constitutional changes argued that Kyrgyzstan needed a stable government. From 2010 to 2016, the country had six prime ministers. Some of the constitutional changes, therefore, sought to reduce the possibility that the coalition–and, by extension, the government–might collapse. On the other hand, government stability will also allow the majority coalition, which is dominated by the propresidential SDPK, to monopolize “administrative resources” in the lead-up to the November presidential elections. Officials’ use of government structures, facilities, and personnel for campaign functions external to their official purposes is always crucial for electoral success in Kyrgyzstan, and having a stable governmental coalition will be important for deploying these resources in support of Atambayev’s candidate in November.

These new provisions concerning the powers of the prime minister were enacted on January 15, 2017, and will remain in effect during the November presidential elections. After December 1—that is, after the presidential elections—stability of the government will be further reinforced by a new provision that complicates the breakup of a governing coalition in parliament. Previously, a decision of a faction to leave the coalition would be taken and signed by the leader of the faction with the approval–but not signature–of two thirds of its members. According to the new convention, the faction itself must take a decision to leave the majority coalition, and the decision requires the approval and signed declaration of two thirds of the faction’s members. The authors of the constitutional amendments argue the new provision regulating coalition splits allows every member of the majority coalition to take personal responsibility for the decision, thereby reducing the odds that members will break from the coalition.

This complicated new procedure, however, does not make coalition splits impossible. Although it is unlikely at the present moment given the current majority held by the propresidential faction and its supporters, parliamentary factions could collude to remove the government in the period before elections, and then use administrative resources to further their goals. The constitutional amendment acts to reduce the risk of this scenario, extending the period for coalition formation from 15 to 25 days. This extended timeframe will allow the presidential administration more opportunities to use its resources to ensure the majority coalition forms again around the propresidential party.

Assuming there are no early elections in 2017 that change the balance of parties in parliament, these amendments ensure that the postelection stability of the majority coalition and the government will significantly depend on Atambayev’s SDPK party and its plurality in parliament. If the new president supports and is supported by SDPK, the system may indeed be “stable” as intended. However, if the new president throws his support behind another party, the stability of the coalition and the entire political landscape may be threatened.

In his speech on Kyrgyzstan’s Independence Day commemoration on December 31, 2016, President Atambayev stressed that the Constitution of 2010 had not introduced a parliamentary system, and argued that the mixed presidential-parliamentary system still contained conditions that could allow the formation of an authoritarian regime. However, the referendum preserved the president’s power to remain a key figure in decision-making, even in a parliamentary system. The authors of the amendments conceded that the suggested changes did not address the division of powers between the branches of the state, and that better clarification was required between the executive and legislative branches of government to ensure stability.

In his speech on Kyrgyzstan’s Independence Day commemoration on December 31, 2016, President Atambayev stressed that the Constitution of 2010 had not introduced a parliamentary system, and argued that the mixed presidential-parliamentary system still contained conditions that could allow the formation of an authoritarian regime. However, the referendum preserved the president’s power to remain a key figure in decision-making, even in a parliamentary system. The authors of the amendments conceded that the suggested changes did not address the division of powers between the branches of the state, and that better clarification was required between the executive and legislative branches of government to ensure stability.

The amendments increased the president’s ability to influence the other branches in a number of ways. The first is the new provision permitting the prime minister to call for a confidence vote in the government as many as two times a year (instead of just once). If there is a vote of no confidence in parliament, this provision also confers to the president the power to ask parliament to resign and hold early elections. In the current disposition of powers, the stability of the parliamentary coalition will also heavily depend on the propresidential faction. This creates the possibility for the president to influence the dismissal of the speaker of the parliament. According to a new provision, if the coalition loses its majority status, a majority of MPs must elect the new speaker.

Another way in which the amendments increased the president’s influence over the branches of government was the restoration of a de facto “veto” power, which allows the president to block legislative proposals relating to the country’s budget and taxes. Under the new rules, the prime minister can ask the president to return such laws without signing them.

The constitutional amendments did not affect the president’s chairmanship of the Security Council, or his power to appoint and dismiss the heads and deputies of government organs responsible for defense and national security. The unaltered retention of these presidential powers was a missed opportunity to introduce parliamentary control over the security sector and encourage the depoliticization and demilitarization of law enforcement and state security services, which would have been critical to shifting these organs away from acting as tools of political influence. The fact that there is no parliamentary or civic control over these bodies permits the executive branch to manipulate their resources for political purposes. Such methods were seen during the presidential administration’s campaign to pass the amendments through parliament in the fall of 2016.

The amendments eliminated the prosecutor’s power to act against any official, leaving it only with the power to prosecute military personnel and officials from certain state organs listed in the constitutional law. This development might have been seen as positive, if it were concomitant with the depoliticization and demilitarization of the law enforcement and security sectors.

However, the amendments retained the influence of the president and the dominant party to appoint and dismiss heads of the police, the prosecutor's office, and other law enforcement bodies. This undermines the principle of political neutrality and these agencies’ orientation towards public security. These circumstances, combined with the limited immunity of members of parliament, create favorable settings for the exploitation of these “power agencies” as an instrument of political pressure. In late February, while this briefing was being prepared, the General Prosecutor of Kyrgyzstan initiated criminal proceedings against and arrested the leader of the opposition party, Omurbek Tekebaev. The case was launched following claims made by a Russian citizen, which were later forwarded to the security services.

In addition to these elements, the constitutional amendments gave the prime minister the right to appoint and dismiss heads of local government administrations, whom previously were appointed in consultation with political parties represented in local government bodies. The changes to local government appointments reinforces the vertical power structure and strengthens the administrative resources available to the propresidential party.

The case of Azimjon Askarov and its relationship to the constitutional amendments evinces the absence of judicial independence in Kyrgyzstan. Askarov was arrested on June 15, 2010, after the ethnic conflict in southern Kyrgyzstan that year. Local courts found him guilty of the charge of inciting ethnic hatred, inciting unrest, and participating in the murder of a police officer. He was sentenced to life in prison. In 2016, the United Nations Human Rights Committee (OHCHR) found that Askarov was detained illegally, was being held in inhuman conditions, and was subjected to torture and ill-treatment. OHCHR further established that Askarov was deprived of the opportunity to properly prepare his defense for trial. In its decision, the Committee called on Kyrgyzstan’s government to immediately release Askarov. Following OHCHR’s findings, the Supreme Court decided to remit Askarov’s matter to the Chui Regional Court, which ruled to leave his life sentence in force. Askarov remains imprisoned.

During the referendum campaign, the president and his supporters used the OHCHR ruling in Askarov’s case to illustrate the need for constitutional change in order to protect Kyrgyzstan’s sovereignty. In his speech on Independence Day, President Atambayev stated that he would not have sought to change the constitution before 2020 were it not for the Askarov case and the UN’s decision. In direct response to the Askarov case, the referendum removed the obligation of the government to implement decisions by international bodies regarding human rights and liberties.

This was not the only way the amendments weakened judicial independence. The amendments also altered the process of selecting, disciplining, and dismissing judges, in a manner that strengthened the president’s role. The Council of Judges, which is comprised of members of the judiciary, previously controlled the process of judicial appointment and dismissal. Following the referendum, a new Disciplinary Commission–comprised of members proposed by the parliament, president, and Council of Judges, which will each select one-third of the new body’s members–will conduct the selection and removal of judges. The Disciplinary Commission is now also empowered to approve the criminal and administrative prosecution of judges, as well as determining whether to initiate disciplinary proceedings against judges.

The December 2016 referendum in Kyrgyzstan aimed to strengthen the existing leadership model in the country, including by securing the transfer of power to a chosen successor after the upcoming presidential election in November 2017. Although the changes were supposed to shift the republic to a parliamentary system, the president remains the key figure in the triumvirate of the president, parliament, and government. With the constitutional amendments, the president has retained and even strengthened his primary levers of power.

The president has retained influence over the security sector and law enforcement bodies; conversely, the parliament does not enjoy control of these organs. If these bodies are not depoliticized and demilitarized, they will continue to be used as tools to pressure the opposition and derogate pluralism.

Additionally, the increased influence of the president and parliament on the judiciary could lead to greater imbalance among the branches of government, and even less independence in the courts. The constitutional amendments’ abolition of the responsibility to comply with international human rights decisions allows officials to contravene international law with impunity, as in Azimjon Askarov’s case.

The goals of the reforms that followed the 2010 revolution—a more transparent judicial system, a more accountable national elite, and stronger protections for individual human rights—seem further away than just a year ago.