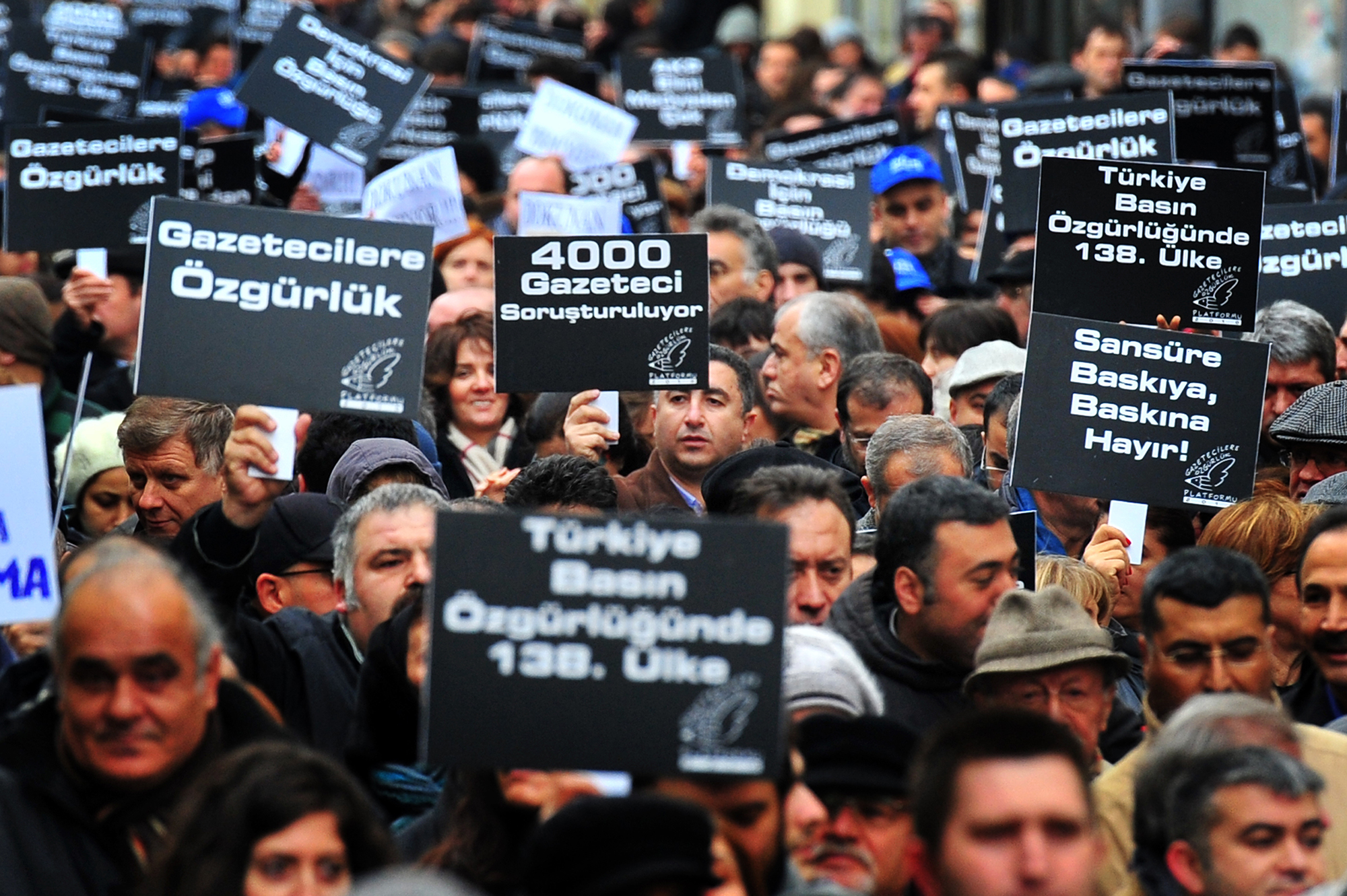 Corruption, Media, and Power in Turkey

Turkey’s government is improperly using its leverage over media to limit public debate about government actions and punish journalists and media owners who dispute government claims, deepening the country’s political and social polarization.

“The government must recognize that its efforts to control a free debate are further alienating Turkey’s citizens and could potentially threaten the country’s stability,” the report said. “It could also put at risk Turkey’s integration with Europe and its strong alliance with the United States.”

“The crisis in Turkey’s democracy is not a future problem,” said David J. Kramer, president of Freedom House and a co-author of the report. “The media face tremendous pressure from the government, and the government now has widened its attacks to other institutions.”

The report catalogues the Turkish government’s actions to suppress freedom of speech, which have intensified since the emergence of a major corruption scandal in December 2013. Over the past year, dozens of journalists have been fired as a result of government pressure, and government officials’ threats against journalists have become common.

The report provides short and long-term recommendations to the Turkish government, the European Union, and the United States for how to support Turkey’s democracy.