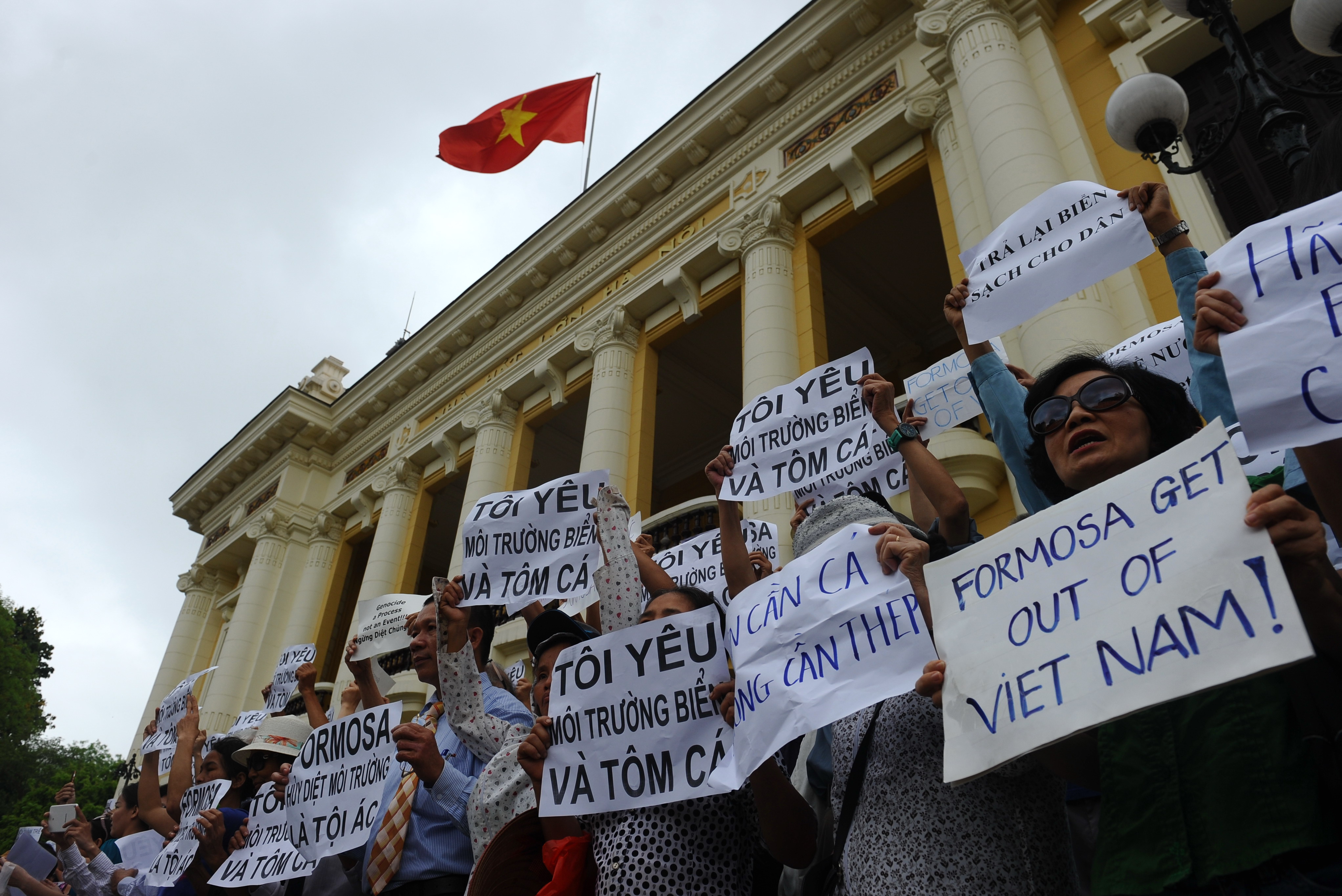 An ecological disaster in Vietnam in 2016 triggered one of the largest civic mobilization campaigns in decades.

In 2016, the government’s response to an environmental disaster triggered the “Formosa protests,” one of Vietnam’s largest civic mobilizations in recent decades. The release of untreated wastewater from a steel plant owned by the Taiwanese conglomerate Formosa Plastic Group caused mass fish death along the coast. Communities of fishermen in several coastal provinces lost their livelihoods overnight and the tourist industry was hit hard as the water was not safe for recreation. The Vietnamese government was slow to put responsibility for the disaster on Formosa and to provide compensation for the loss of livelihood.

Over the course of a year, the affected communities led by their local Catholic priests and urban-based environmental activists staged nationwide protests, led an online campaign, and filed lawsuits against the company.

What facilitated this mobilization and fed its growth? Learn more by downloading our case study summary. This case study is part of Freedom House's research project, How Civic Mobilizations Grow in Authoritarian Contexts.