The Attacks on Hong Kong’s Media Just Keep Getting Worse

Arrests, dubious prosecutions, and reprisals against investigative journalists bode ill for the future of press freedom in the territory 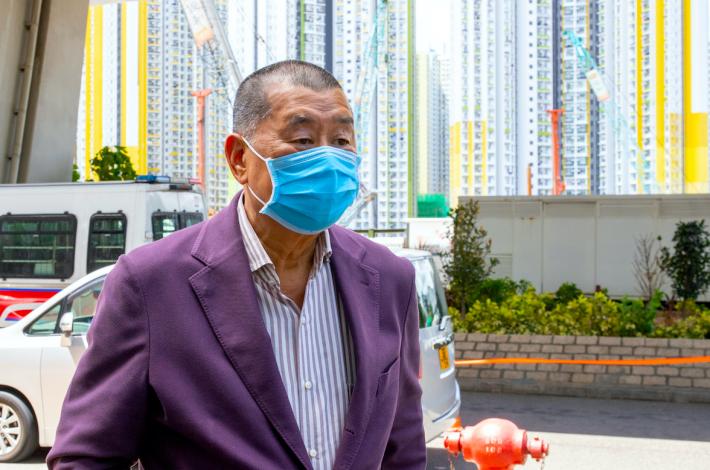 A Hong Kong court’s December 3rd decision to deny bail to Apple Daily founder and government critic Jimmy Lai, followed by his December 12th court appearance over charges levied under the National Security Law, made international headlines. The charges against Lai—on both fraud and “colluding with foreign forces”—are spurious at best and examples of politically motivated prosecution at worst. The denial of bail means the 73-year-old will remain in detention for months, as he awaits a trial scheduled for April 2021.

The National Security Law charges center on Lai’s public calls, made via media interviews and posts from his personal Twitter account since July, for foreign governments to impose sanctions on Hong Kong and on the Chinese officials responsible for violating rights and freedoms in the territory. That Lai could face life in prison for such actions—typical examples of nonviolent rights advocacy—realizes the worst fears many, in Hong Kong and around the world, expressed when the law was passed.

At least as disconcerting is the fact that Lai’s targeting is not an isolated incident. Several other events have occurred over the past month that highlight the precarious situation for free media in the territory. Journalists—especially investigative reporters—and other independent media in Hong Kong have faced a litany of new restrictions and threats in recent weeks.

On November 3rd, police arrested Nelson Tang, a student journalist attending Hong Kong Baptist University, for obstructing police and resisting arrest during a May 8th protest. Tang was reportedly beaten as he was arrested in November.

The day after Tang and Bao Choy were arrested, police arrested a journalist with the online outlet Ben Yu Entertainment for obstructing police; the arrest was reportedly related to her refusal of a police order to stop filming arrests during a May protest.

The three arrests highlight the reduced protections for online, student, and freelance reporters in particular, building upon the Hong Kong police’s September announcement that it would only recognize journalists from government-accredited and “internationally recognized and renowned” foreign media outlets.

In late November, RTHK management accessed staff computers and work e-mails, raising concerns about the public broadcaster’s editorial independence. The move was related to an investigation into Nabela Qoser, a reporter with a reputation for grilling top government officials including Chief Executive Carrie Lam. The inquiry is aimed at determining whether her conduct at government press conferences was inappropriate, but the unilateral move to access devices targeted other staff.

On December 1st, iCable TV laid off 40 workers, including staff members assigned to its award-winning investigative news program News Lancet. The program was known for its coverage of politically sensitive stories, including a 2019 special on the 1989 Tiananmen Square massacre that was ultimately shelved. Numerous other journalists and top editors resigned in protest at the sudden decision. Responding to the pushback, iCable TV’s management apologized for its handling of the dismissals on December 3rd and pledged no further layoffs over the next two years. Nevertheless, the mass layoff of the News Lancet team remains a critical loss for investigative journalism in Hong Kong.

These cases may presage deepening control over media outlets in the future. At a November 23rd press conference, HKJA chair Chris Yeung warned that the Hong Kong government is likely to use the National Security Law to enact even harsher restrictions on the media.

However, these recent violations were also accompanied by pushback. For one thing, many details of these incidents reached local and international audiences thanks to reporting by independent Hong Kong media and statements issued by civic groups like the HKJA. In addition, on November 19th, the city's High Court ruled that the police practice of hiding identification numbers from the public violated the Hong Kong Bill of Rights, responding to a legal complaint filed by the HKJA.

Separately, on December 3rd, Apple Daily employees posted an open letter to readers, pledging that “we will never give up on embracing freedom and democracy,” despite the escalating legal harassment of owner Jimmy Lai. And a rare joint op-ed written by American, Canadian, British, and Australian diplomatic representatives in Hong Kong, published on November 22nd in the South China Morning Post, called Bao Choy's arrest “a worrying development,” while stating that “Hong Kong is a vibrant international city but media freedom here is under attack.”

Sarah Cook is Research Director for China, Hong Kong, and Taiwan at Freedom House and director of its China Media Bulletin.