In this issue: What to watch for in Hong Kong under new National Security Law, state media coverage of US protests and police violence, citizen defiance despite coronavirus and Tiananmen anniversary censorship, and new examples of Beijing’s media influence in Asia, Africa, Europe, and North America.

Since last September, opera singer Liu Keqing’s account on the video platform Douyin, China’s version of TikTok, has been repeatedly shut down by online censors for “appearance violations.” The shutdowns were triggered by large numbers of users commenting on his resemblance to President Xi Jinping, which activated sensitive keyword filters. Liu remarked that a video he had made on how to sing bel canto had within two days “passed 370,000 likes—not in support of my good singing, but because I look like a national leader.” As of May 21, he has overcome the ongoing challenge by changing his photo to an animated avatar. Credit: China Digital Times

On the opening day of its National People’s Congress session last month, the Chinese government unexpectedly unveiled plans to authorize the body’s Standing Committee to draft national security legislation that would be imposed on Hong Kong, short-circuiting the semiautonomous city’s own lawmaking process.

The forthcoming legislation is expected to criminalize “separatism,” “subversion of state power,” “terrorist activities,” and foreign interference. It would also allow mainland China’s domestic security services to operate openly in Hong Kong for the first time. This could facilitate increased surveillance, intimidation, and possibly even rendition of Beijing’s critics in a city that has long enjoyed significantly greater freedom of expression and civil liberties than the rest of China.

Hong Kong chief executive Carrie Lam and Beijing officials have tried to reassure Hong Kongers that the law will target “an extremely small minority of illegal and criminal acts” and that the “basic rights and freedoms of the overwhelming majority of citizens will be protected.” However, experts on China’s legal system like Professor Jerome Cohen of New York University have predicted an increase in mass arrests. The territory’s residents appear to agree: inquiries on emigration options for Hong Kongers have spiked, and greater self-censorship has already begun to take hold.

The following are six possible effects to watch for after the law’s implementation, which will probably come before the end of the summer. If some or all of these scenarios actually unfold, then Hong Kong people’s fears will have been justified.

It is a troubling sign of Beijing’s intentions that the central government’s own allies in Hong Kong were apparently not told about the legislative plan until hours before it was announced. Multiple news reports have described remarks from pro-establishment politicians saying they were “caught off guard,” including those who were attending the National People’s Congress session as the territory’s representatives. If the Communist Party leadership does not trust Hong Kong officials even this much, it seems highly unlikely that it would defer to local practices and institutions on the enforcement of its security law.

Legislation in mainland China is often vaguely worded to give authorities maximum discretion. What is tolerated or even officially sanctioned today may be banned as “sedition” or “subversion” tomorrow, without any change in the law. This is why it is so crucial to carefully monitor the new national security measure’s implementation – to detect how far down the slippery slope of vague criminal offenses and arbitrary law enforcement Hong Kong‘s political system descends.

Get the next issue of the China Media Bulletin delivered to your Inbox!

As the rest of the world reels from the effects of the coronavirus pandemic, life in much of China appears to have returned to normal. At a June 7 press conference, Chinese officials presented a white paper that describes China’s response to COVID-19 as a model for other countries to follow, overlooking the lasting effects of early cover-ups during an essential window of time for curbing the outbreak. Other observers have lamented the “amnesia” that has set in among many in China who seem to have forgotten the fear and anger that swelled in February and March as the pandemic spread. Nevertheless, various examples of ongoing COVID-19 information controls—and citizen defiance—have continued to emerge:

In advance of the anniversary of the 1989 Tiananmen massacre on June 4, Chinese authorities engaged in the usual efforts to silence activists, prevent commemoration, and censor references to this sensitive date. And, for the first time, a ban was imposed on Hong Kong’s annual vigil commemorating the events of June 4, 1989. Still, activists and netizens managed to find ways to mark the date.

Other recent actions by censors reflect the sensitivity of authorities to real or perceived criticisms of the Communist Party and anniversaries of past protest movements. In early May, government authorities ordered the deletion of all references to a Mandarin-language speech given by US Deputy National Security Advisor Matthew Pottinger, which commemorated the May 4 student movement of 1919, and called for political reform in China. According to Inkstone, a news outlet affiliated with the South China Morning Post, such efforts seem to have been successful; little discussion of his speech has appeared online and even scribbled screenshots of the speech transcript were censored.

Over the past month, a large number of news reports and investigations have highlighted the impact of Chinese government-linked actors on global information flows. In response, various governments and technology firms have taken action. Below is a brief overview of these developments.

As governments and democratic societies grapple with the challenges of dealing with the Chinese Communist Party’s growing influence beyond the borders of mainland China, including in ways that infringe upon media freedom and information flows, two multilateral initiatives were recently launched to coordinate and guide a response. On June 5, the Inter-Parliamentary Alliance on China (IPAC) announced its inception. The effort is co-chaired by 18 members of parliament from 9 countries, with pluralistic political representation for each state. The coalition includes in its guiding principles for members the belief that “democratic states must…actively seek to preserve a marketplace of ideas free from distortion” and that “a free, open, and rules-based international order that supports human dignity is created and maintained through intention.” 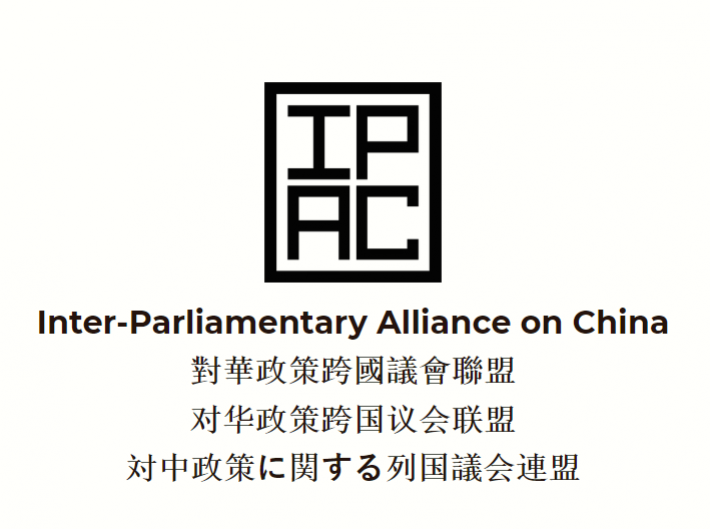 Notably, IPAC articulates clearly in several places its concern about China’s influence under the leadership of the CCP, an attempt to avoid being mistaken as more broadly “anti-China” or “anti-Chinese.” In an indication of the interest and demand in such multilateral engagement, within one week, the alliance had already garnered 86 more members, including from 4 additional countries. The alliance is aided by an impressive collection of advisers, activists, and scholars.

Similarly, within days of China’s National People’s Congress announcing its intention to impose national security legislation on Hong Kong, Britain’s last governor of the territory, Chris Patten, and former British foreign minister Malcolm Rifkind initiated a statement condemning the proposal as a “flagrant breach of the Sino-British Joint Declaration.” As of June 11, the brief statement had been signed by 896 parliamentarians, diplomats, and former officials from 43 countries, including many members of IPAC. Such multilateral approaches to the threat that China under the CCP’s leadership poses to freedom and democracy globally is a welcome development, enabling improved sharing of best practices, reducing the risk of bilateral reprisals from Beijing, and highlighting that critiques of the CCP’s actions are not only an outcome of growing US-China tensions.

What to watch for: