Despite Uganda's 2016 presidential election ending in February, there is still much postelection political drama circulating around the country. 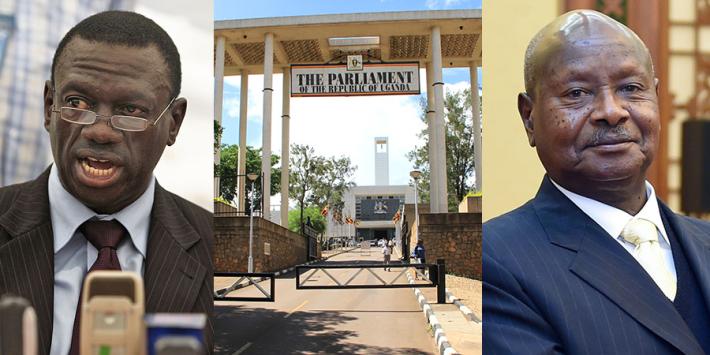 A new strategy is needed if long-awaited reforms are to be enacted before the next round of elections.

The February 2016 presidential election in Uganda may be over, but the curtains have yet to drop on the postelection political drama. In May, the main opposition leader, Kizza Besigye, was charged with treason after he apparently swore himself in as president in a video broadcast on social media, a day in advance of the actual inauguration of longtime president Yoweri Museveni.

With Ugandans still anxious about the Besigye-Museveni stalemate, 458 newly elected members of Parliament have also been sworn in. The 10th Parliament started business on May 19, and civil society organizations (CSOs) are keen to continue lobbying lawmakers to pay the debt they owe the public by enacting long-awaited electoral reforms.

In 2014, the government invited stakeholders to submit proposals for a constitutional review. CSOs led nationwide consultations, rallying more than 3,000 leaders to identify key recommendations for inclusion in the Constitutional Amendment Bill that was tabled before the 9th Parliament in April 2015. A cocktail of electoral reforms was recommended. However, the government and Parliament chose merely to baptize the Electoral Commission anew, declaring it the “Independent Electoral Commission.” Lawmakers nonetheless promised to attend to matters like demarcation of electoral boundaries and restoration of presidential term limits in the newly inaugurated 10th Parliament.

Another notable player in Uganda’s seemingly endless quest for electoral reform is the judiciary. This year’s petition challenging the presidential election results was the third to be heard in Uganda, following previous appeals filed by Besigye against Museveni and the Electoral Commission in 2001 and 2006, respectively. While the complaints raised by independent candidate Amama Mbabazi in the 2016 petition were similar to those raised by Besigye in previous years, there were a few new items, such as the disputed use of biometric voting machines, electronic transmission of results, and late delivery of voting material. The Supreme Court’s rulings on each of these petitions recommended electoral reforms, to little avail.

However, the 2016 petition has led to at least one positive development for election-related litigation in Uganda.

For the first time, experts in constitutional and human rights law from the country’s top university—Makerere—filed an amicus curiae (“friend of the court”) brief in connection with the 2016 petition. While the Supreme Court has yet to publish its full judgment, which would reveal the extent to which it considered the amicus filing, the process has opened up the legal arena in an important way. Traditionally, an amicus brief is sought by a court to allow independent parties not involved in the litigation to provide valuable information that might aid judgment. The proactive amicus application by the Makerere dons, and its acceptance by the Supreme Court, set a precedent for independent actors who wish to participate in litigation on their own initiative.

Still, this change alone will not be sufficient to deliver the comprehensive electoral reform that Uganda needs. From a legal standpoint, the court is not obliged to consider amicus applications. Moreover, the Supreme Court seems unwilling or unable to compel the executive to implement the recommended reforms, raising the question of whether there is sufficient separation of powers for the judiciary to fully carry out its intended oversight function. Even if independence were not an issue, there is the more serious question of whether the judicial branch can actually resolve political disputes of this magnitude. Considering the current political tensions, no judge would want to be responsible for plunging the country into “more confusion” by nullifying a presidential election.

The contours of a new approach

Uganda’s record on reform since 2001 clearly demonstrates a lack of political will to address fundamental flaws in the country’s electoral laws. As the new government takes shape, there is a need for key stakeholders—especially the judiciary, civil society, Parliament, and development partners—to adopt creative, outside-the-box methods for advancing electoral reforms.

Ugandan CSOs must aggressively relaunch the electoral reform debate, taking it beyond the confines of Parliament and down to the citizens in order to generate public pressure. Rather than advocating for constitutional amendments, civil society should pursue piecemeal amendments to four key pieces of legislation: the Presidential Elections Act, the Parliamentary Elections Act, the Electoral Commission Act, and the Public Order Management Act. By amending individual laws as opposed to the constitution, civil society will likely see more support from government and be able to register strategic wins for Ugandans, one step at a time.

The Ugandan Parliament habitually amends electoral laws and guidelines too close to elections. In 2005, Parliament lifted presidential term limits ahead of the 2006 election, giving Museveni an opening to hold office for life. In addition, the latest amendments to primary legislation (the Electoral Commission Act and the Presidential Elections Act) were enacted in November 2015, only a few months ahead of the February 2016 elections. For real reform to occur, it should be concluded within two years of the inauguration of a new Parliament.

Development partners in Uganda must also stop last-minute rushes to support reform activities before elections. If funds can be invested in observing the elections, they can also be invested in actively observing the preliminary reform process. If this money is not brought to bear well in advance of the voting, the support will simply enable superficial edits to existing laws, and the outcome won’t change. It is therefore crucial that development partners, civil society, and government alike aggressively pursue electoral reforms now, so that they are concluded and implemented years before the next elections in 2021.

Notably, the constitution sets an age limit of 75 years for presidential candidates, meaning Museveni, now over 70, will not qualify in 2021. It is therefore all the more important that a fair electoral framework be established as soon as possible, both to ensure a credible and orderly contest for the open position and to preempt any move to change the rules on Museveni’s behalf.