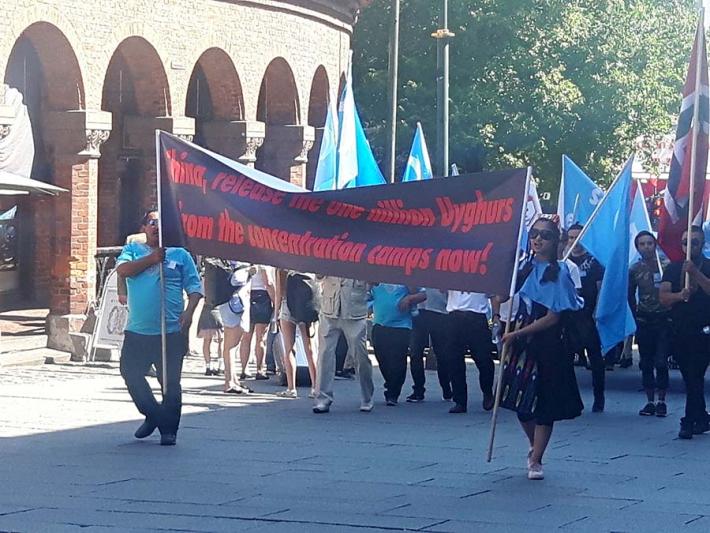 For the first time since China emerged as a global power, there is evidence that the “Beijing exception” is under threat.

In recent years, China has largely escaped the world’s opprobrium for actions that would have led to sustained condemnation and even sanctions for virtually any other country. Among other abuses, the Communist Party regime has crushed reformist movements and protests, jailed anticorruption activists, paraded critical journalists and publishers on television for coerced confessions, persecuted religious and ethnic minorities, cracked down on dissent on social media, straitjacketed civil society groups, locked up human rights lawyers, and controlled the number of children couples are allowed to have. But given its enormous economic clout, other governments have continued to treat Beijing as a valued partner and even as a mentor and leader on the international stage.

The world’s failure to end the extraordinarily cruel imprisonment of Nobel laureate Liu Xiaobo is the most distressing example of this double standard. The authorities detained Liu in 2008 and kept him in custody right up until his death from cancer in 2017; his wife was just released from house arrest this year. The Chinese government used its tight control over the internet to prevent mention of Liu’s name, much less discussion of his vision of a democratic China. When the Nobel committee honored Liu with its 2010 peace prize, the Communist Party leadership actually imposed sanctions on Norway, where the panel was based. Beijing was sending a menacing message to the world: If you embrace a Chinese citizen who challenges our system, you will only seal his fate.

News of mass detentions in Xinjiang

This deplorable situation may be changing amid growing alarm over the persecution of China’s Muslim population. In August, a UN human rights panel said it had evidence that upwards of a million ethnic Uighurs and other Muslim minorities had been forced into political indoctrination camps in the Xinjiang region. Earlier this month, the New York Times reported that the Trump administration was considering sanctions aimed at Chinese officials and companies that had been involved in the repression of Uighurs and their culture.

In addition to scholars and activists, the international media have been especially important in alerting the world to Beijing’s anti-Uighur project. Radio Free Asia journalists helped break the story and obtained crucial confirmations from local officials. A number of newspapers—the Financial Times and Wall Street Journal most recently—have published accounts of the regime’s elaborate police-state apparatus in Xinjiang, spreading the news to a wider audience.

But a New York Times reporter, Chris Buckley, went beyond most mainstream media investigations of Uighur repression in two critical ways. First, he made use of official Chinese sources—police reports, propaganda assessments, guidance from local officials—to illustrate the high priority that the regime has assigned to its campaign to destroy Uighurs’ identification with the Muslim faith. Second, he conveyed chilling testimony from Uighur exiles who had been caught up in the regime’s “reeducation” project and have thus personally experienced the totalitarian methods of the Chinese state.

The focus of Buckley’s report is a reeducation facility in Hotan, a center of Uighur culture. The inmates are subjected to a routine that is part Orwell and part Mao. They are compelled to listen to endless lessons about the dangers of Islam and the superiority of Chinese culture, sing hymns of praise to the Communist Party leadership, participate in self-criticism exercises reminiscent of the Cultural Revolution, and ultimately renounce their Muslim faith. Part of the reeducation process is also aimed at breaking the individual by pressuring inmates to disown their families or by separating children from their parents.

The brainwashing sessions can extend for months—there are no criminal charges and no formal sentences. The Times estimated the number of Muslims who had passed through the reeducation camps at somewhere between several hundred thousand and a million.

The camps are but one element in the anti-Uighur campaign. Perhaps more troubling over the long run is the intense, pervasive surveillance that Uighurs are subjected to in cities like Hotan and Urumqi. In Hotan, Buckley noted “fortified police outposts” every few hundred yards and surveillance cameras everywhere. The state has installed the most sophisticated voice- and facial-recognition technology throughout Uighur areas. Annual spending on security for Xinjiang has doubled over the past year, to $8.5 billion.

There are neighborhood surveillance committees as well, with cadres reporting on the comings and goings of ordinary Uighurs, including their visits to mosques and other outward signs of belief. The police make regular visits to Uighur homes, where they use special equipment to check for forbidden books. Uighurs told the Times of having been summoned to police headquarters, where they had their voices recorded, their heads photographed at various angles, and blood samples taken in order to build up the state’s database of biometric and genetic information.

When confronted with charges of Uighur persecution, Chinese officials resort to their usual stonewalling tactics. Yet journalistic accounts and reports by human rights organizations include ample quotes from official reports that bolster victim testimonies. Indeed, the regime is clearly proud of its Uighur initiatives and believes that reeducation, in all its gruesome dimensions, is getting results.

The beginnings of a global response

The Chinese leadership was not made to suffer a penalty for its treatment of Liu or its many other abuses over the years, but it may pay a price for its repressive campaign in Xinjiang.

Just over the past several weeks, leading members of Congress have asked the Commerce Department to prohibit the sale of certain surveillance technologies to Chinese buyers. This is the second congressional letter asking for U.S. government action in response to developments in Xinjiang, and it comes at the same time as a broader discussion within the administration about potential action on the issue. Among the options under consideration are sanctions against Chinese officials under the Global Magnitsky Act.

Ironically, there has as yet been no serious response from Muslim-majority countries like Egypt, Iran, or Saudi Arabia, whose leaders have built increasingly warm relationships with China. A reign of terror is being directed at their coreligionists, but Muslim rulers—many of whom vigorously denounced the publication of anti-Islam cartoons and have stepped forward to condemn the persecution of Rohingya Muslims in Myanmar—remain relatively quiet on Xinjiang. In a noteworthy development over the past week, Pakistan’s government has called on Beijing to ease its crackdown. If the rest of the Muslim world raises its voice in protest at the atrocities in Urumqi and Hotan, we will know that the Beijing exception is truly on shaky ground.

This article was originally published by The Diplomat on September 27, 2018.