The absurd criminal charges announced last week represent an attack on the democratic values Kavala has worked to instill. 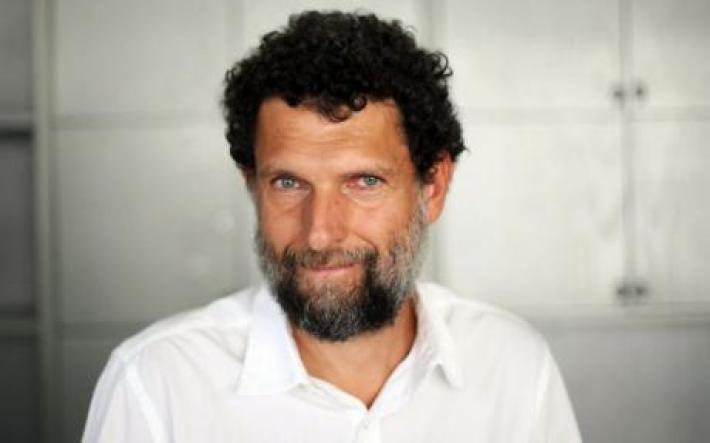 The absurd criminal charges announced last week represent an attack on the democratic values Kavala has worked to instill.

I don’t know the jailed Turkish philanthropist Osman Kavala well. I have met him a handful of times, typically in passing at public events or civil society meetings in Turkey.

My clearest memory of Kavala is from April 24, 2015, when I joined thousands of people who had come to Istanbul to commemorate the 100th anniversary of the Armenian genocide. A large crowd had gathered at the mouth of İstiklal, the city’s famous pedestrian avenue. The group was large enough to block the way for several hundred meters. The atmosphere was tense. Hundreds of Armenians from Turkey and the diaspora were there to honor their ancestors, along with thousands of others supporting them. At that time, Turkey was in the midst of a hard, politically motivated nationalist turn after a period of greater openness to diversity. The authorities had permitted the event and promised to protect it, but there were justifiable fears that it could be attacked by nationalist groups. Police officers hemmed us in on all sides.

A loud scuffle started up not far from where I was standing. You could feel the fear ripple through the crowd. People strained to move away from the shoving, but also to hear what was being said: Was this an assault or just an argument? And then suddenly there was Osman Kavala, unmistakable at nearly six and a half feet tall, with his hunched shoulders and his frizz of gray hair, calmly separating a cluster of yelling men. You could see his steady murmur, his unique mixture of gentleness and iron will, from across the crowd. The tension dissipated. We carried on.

I don’t know Osman Kavala well, but I know the work that he does, because everyone who visits Turkey encounters what he has devoted his life to, whether they know about him or not.

For decades, Kavala staked his money and his indefatigable effort at the place where human rights and culture meet, by supporting foundations, publishers, and projects that described and embraced Turkey’s diversity of identity and historical experience, challenging the dominant political and historical narrative that has demanded national unity even at the cost of human life.

Kavala and those like him do the cultural work that undergirds the real inculcation of human rights into a society, and they do it in a country where historical questions of victimhood, blame, and ethnic and religious diversity are at the core of the national debate. For all the rightful emphasis that we in the human rights community placed on the legal and institutional reforms that happened in the 2000s, as Turkey moved toward the European Union, this kind of cultural work was even more important, and the resulting progress even more astonishing. The work that Kavala and his peers do has challenged me to think more critically about my own country and what our history means, as we try to shape a society where human rights are not just respected, but lived.

On the night of October 18, Kavala was detained at Istanbul’s airport after returning from the city of Gaziantep, where he was supporting a cultural center to help integrate Syrian refugees. He was held without charge for the 14-day maximum under Turkey’s state of emergency, then formally arrested on November 1. The charge sheet accuses him of organizing the June 2013 Gezi Park protests, and of being in contact with Henri Barkey, a well-known American expert on Turkey who has been placed at the center of perhaps the most asinine conspiracy theory the government has put forward about the July 2016 coup attempt. As with similar cases that are currently under way in the country, Kavala is accused not on the basis of something he did, but on the basis of who he knows and what he thinks.

The charges against Kavala are absurd, but the message is clear. After not only tolerating but even supporting for the better part of a decade the kind of work that Kavala believed in, Turkey’s authorities have turned on him and everything he represents. In doing so, they are rejecting the most hopeful vision for the future that the country has ever had: that it would—through the peaceful efforts of its own citizens—find true strength in diversity, tolerance, and self-expression rather than enforcing a false, brittle form of homogeneous unity.