​Brexit negotiations will likely divert attention away from challenges to the liberal constitutional order in Poland and Hungary, writes Senior Researcher Zselyke Csaky. 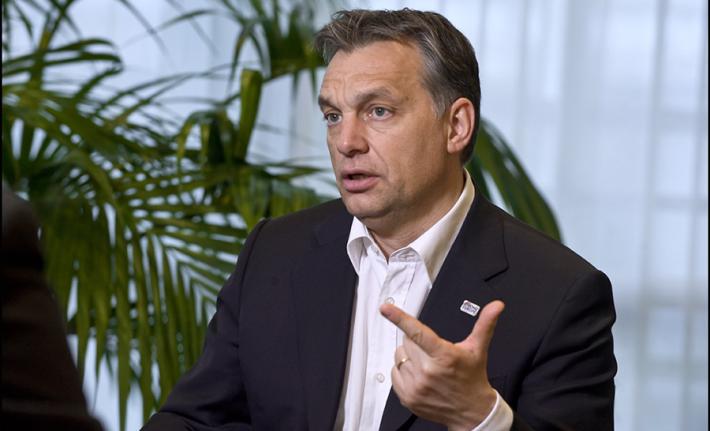 Worries over the state of liberal democracy have made headlines recently, and much of the attention has focused on Brexit and the future of the European Union. While it is hard to say whether the UK’s vote to leave will result in closer cooperation, as optimists argue, or lead to a “two-speed Europe” and the eventual collapse of the union, as pessimists claim, one thing is certain. Forces at odds with European values have been eating away at the union’s edges for a while, and a drawn-out Brexit process will only embolden them further.

When the so-called new member states joined the EU in 2004 and 2007, there was a feeling of “arrival,” with many interpreting the accession as an “end of history” moment for Central Europe. Indeed, Timothy Garton Ash wrote in the afterword to his fascinating account of the transitions of 1989, The Magic Lantern, that Central Europe “beyond any reasonable doubt” has made the transition. And while the transition literature anticipated that democratization is not a stroll down a one-way street, but rather something that has its ebbs and flows, no one dared to imagine the democratic reversals that we have seen in the past few years.

The United Kingdom’s withdrawal from the European Union could potentially speed up these processes. Although the democratic recession in Central Europe took place after the region’s countries joined the EU and the incentive driving positive change and good behavior was gone, the EU has since been actively working on expanding its human rights monitoring and compliance mechanisms. These mechanisms are far from perfect—in fact, we have yet to see them work and not fall victim to power politics in the European Parliament—but with enough political will, they are ready to be deployed. In a union going through a difficult and lengthy divorce, however, there will certainly be neither enough attention nor appetite for such action.

Constitutional courts: From respected arbiters to ‘crew of cronies’

To understand the acute and profound nature of the reversals, one should consider what has happened to constitutional courts in Hungary and Poland. Separation of powers is an essential tenet of liberal democracy, and governments in both countries early on singled out the judiciary for attacks. There are differences between the two cases but the intent is clear: constitutional limits on power should no longer obstruct governments from executing their will.

In Hungary, the Constitutional Court was coopted over a longer period of time and the process was so impeccably engineered that the EU, while investigating it on several occasions, had no clear basis to launch rule of law proceedings, a mechanism aimed at addressing threats to fundamental values. After Fidesz-KDNP secured a two-thirds majority in Hungary in 2010, it immediately set out to adopt a new constitution and tame the court, which had by then carved out an important role for itself in post-transition Hungary.

The amendments extended the membership of the court from 11 to 15, placed limits on its jurisdiction, and changed the appointment process to allow for one-party appointments. By 2013, this meant that Fidesz appointees were in the majority and the court effectively ceased to function as a check on the executive. But since the government had a supermajority in the parliament throughout these years, the steps taken were all in line with the letter of the law—even if not with its spirit.

In the Polish case, on the other hand, the government—lacking a two-thirds majority to change the constitution and in a rush to neutralize the country’s Constitutional Tribunal—has become the first member state to have a formal EU investigation launched against it. The rule of law framework was activated in January, after the newly elected Law and Justice (PiS) government initiated several measures against the court.

The Tribunal, while less activist in its jurisprudence than its Hungarian counterpart, served as a bulwark against PiS’s attempts to implement far-reaching reforms back in 2006–07. After its election in October 2015, the PiS government, with the help of President Duda, refused to appoint five justices nominated by the previous parliament (two of whom were elected unconstitutionally) and appointed its own candidates instead. It also stopped publishing the decisions of the court and twice adopted legislation that effectively breached its own constitution.

Most recently, the lower house of parliament approved changes that oblige the court to adjudicate cases chronologically, while at the same time allowing for a minority of four justices to delay rulings for up to six months. Since the court has a significant backlog—and, according to the law, has to rule on more than 200 cases first—this has in effect paralyzed the institution for years. If these changes come into effect, it is not hard to imagine a scenario in which the court is prevented from ruling on a new electoral law in a timely manner—that is, before elections actually take place.

In both countries, the stances of political leaders also revealed an exceptional hostility toward constitutional courts and underscored that what they define as the “will of the people” trumps limits on power. Fidesz, founded by young lawyers on the eve of Hungary’s democratic transition, was acutely aware of the importance of constitutional limits in the 90s. By 2014, however, Prime Minister Viktor Orbán had called checks and balances a “U.S. invention that for some reason of intellectual mediocrity Europe decided to adopt,” and argued that Hungarians “welcomed illiberal democracy.”

One of the main flaws of the transition paradigm when applied to Central Europe and the former Soviet Union in the 90s was its path-dependence. The framework lumped together many countries placing little emphasis on local peculiarities, and once a country started its democratic transition, it was expected to progress in a linear fashion—the possibility of standstill, not to mention reversal, was alien to the framework. This meant that western observers and the democracy assistance community might very well have operated on a false belief regarding certain countries’ characteristics and susceptibility to change.

To some extent, this flaw prevails in our current discourse as well. From time to time, we are unable or unwilling to break with certain frames of reference and stereotypes about the region. Just as many thought in the past that democratic consolidation was irreversible, some are now tempted to argue that in Central Europe “illiberal values … have been passed from one generation to the next.”

Recent developments, nevertheless, clearly show that Poland and Hungary are not going through a momentary “backslide,” but that there is a systematic and ideological challenge to liberal democratic norms. This challenge is not particularly novel in the region’s modern history and its current iteration is very much connected to globalization and economic insecurity. It also occurs in parallel with similar challenges on both sides of the Atlantic.

That this is not a particularly Central European or “Eastern” phenomenon, however, is all the more reason to pay close attention to it. Poland and Hungary are presently in a legal twilight zone—effective in breaking down limits on power to some degree, but yet to be entirely successful. There is a good amount of institutional inertia as a result of prevailing good practices and the development of democratic institutions over the past twenty-something years. But this will not last forever.

Should a “core Europe” emerge in the next few years, it will mean the end of the union as a unifying project. But Central Europe has also much to lose from an EU that is not paying attention because it is busy sorting out a divorce. The consequences of Brexit could, in fact, be most damaging for the region—it might find itself at the periphery again, and the lack of attention over the next few years could hasten democratic unraveling.

In the meantime, if one wants to anticipate what a future of inward-looking nation states might look like after Brexit, they should turn their attention to the east. This future is not about sovereignty and “taking back control”—but about taking full control to please a majority to the minority’s detriment.