A month riddled with perilous anniversaries offers a showcase for the Communist Party’s upgraded internet controls.

A month riddled with perilous anniversaries offers a showcase for the Communist Party’s upgraded internet controls. 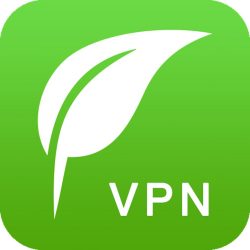 July, more than most other months, is loaded with politically sensitive anniversaries that keep Communist Party of China (CPC) censors and security forces on their toes.

First comes the July 1 anniversary of Hong Kong’s transfer from British to Chinese rule. Then there is July 5, marking the 2009 ethnic violence in the Xinjiang region that sparked an unprecedented crackdown on its mostly Muslim Uyghur population. The very next day, July 6, is the Dalai Lama’s birthday, and July 9 is the second anniversary of a sweeping repressive action against China’s human rights lawyers. Finally there is July 20, the date in 1999 when the CPC banned the popular spiritual practice Falun Gong and began a massive — and often violent — campaign to eradicate it.

It is not surprising in these circumstances that the CPC has tightened information controls. But the party has not simply intensified its efforts in the short term. It has also gradually adapted its methods to a changing technological environment, one in which mobile phones, social media applications, and digital surveillance are critical features.

The result is a new level of intrusiveness and sophistication, as well as danger for populations that are already at risk of severe human rights violations.

One of the escalating restrictions that may have the widest reach is a crackdown on virtual private networks (VPNs), which allow users to bypass official censorship. Several VPN applications have been disabled or removed from online stores since July 1. In a June 22 message to customers, prominent VPN provider Green said that after receiving “a notice from the higher authorities,” it planned to cease operations on July 1, causing a ripple of conversations on social media about what circumvention tools could still be used. The latest initiative builds on increasing official efforts to stop the dissemination of such tools, including some that the authorities had long tolerated.

The applications’ removal will have the secondary effect of cutting off software updates for users, leaving their devices more vulnerable to hacking. And while many use VPNs to access uncensored news or blocked social media sites like Facebook and Twitter, the tools are also used for security purposes, to protect businesses and activists from pervasive state surveillance.

Inspecting the Personal Communications of Minorities

Other recent controls have focused on ethnic and religious minorities. In Xinjiang, authorities in a district of the regional capital Urumqi issued a notice on June 27 instructing all residents and business owners to submit their “personal ID cards, cell phones, external drives, portable hard drives, notebook computers, and media storage cards” to the local police post for “registration and scanning” by August 1. One district employee told Radio Free Asia that the campaign was taking place throughout the city. The goal is ostensibly to identify and purge any “terrorist videos,” but the action violates the privacy rights of Urumqi’s three million residents and exposes them to punishment for a host of other possible offenses, including those related to peaceful religious or political expression.

In Tibet, the instant-messaging application WeChat has become increasingly popular in recent years, as it has across China. But using it to communicate about the Dalai Lama or his birthday is difficult and dangerous. A test conducted in January by the Canada-based Citizen Lab found that the Tibetan spelling for “Dalai Lama” was automatically deleted in WeChat messages. Meanwhile, at least two Tibetans are known to have been jailed for participating in a WeChat group commemorating the spiritual leader’s 80th birthday in 2015. After a new spate of self-immolation protests took place in early 2017, Tibetans in Sichuan Province report that police are monitoring communication on the platform more closely and detaining those suspected of sharing information about self-immolations with overseas contacts.

These developments reflect a broader trend identified in a recent Freedom House report on religion in China. The study found that Chinese government tactics of religious control and persecution have been changing to incorporate new technologies and match the evolving communication habits of the public. Even in the absence of sensitive anniversaries, various modes of electronic surveillance have expanded dramatically at sites of worship and public spaces frequented by religious believers.

The CPC’s information controls also appear to be spreading to traditionally less persecuted groups, like state-sanctioned churches and non-Uyghur residents of Xinjiang. Since March, authorities in Zhejiang have reportedly been implementing a campaign to install surveillance cameras in churches and possibly Buddhist temples, in some cases sparking altercations with police and violence against congregants. In Urumqi, the order to turn in digital devices for inspection applies to ethnic Han and Kazakh residents as well as Uyghurs, while local Kazakhs have reported increased monitoring and some prosecutions related to expressions of their Muslim faith in recent months.

The Chinese government’s actions are partly a response to creative initiatives by minority activists to share their stories and perspectives in a heavily restrictive information environment.

“It is a nonstop game of cat-and-mouse,” journalist Nithin Coca wrote in a June 27 article about China’s high-tech war on Tibetan communication. “As the Tibet movement’s digital-security abilities and training improve, the Chinese government implements more sophisticated hacking techniques.”

The result of the escalating controls is that there are even fewer avenues for persecuted groups and individuals to defend themselves, offer alternatives to the party line, or expose violence committed by officials. Meanwhile, other Chinese interested in knowing more about these and other censored topics find it increasingly difficult — and risky — to obtain information.

There is also a cost to the CPC. Such aggressive “stability maintenance” methods ultimately increase tensions with key populations, intensify resentment of the party’s heavy-handed rule, and inspire anti-government activism and even violence, including among otherwise apolitical citizens.

From that perspective, while the CPC’s efforts may successfully silence some critics this year, party leaders may face an even more daunting challenge next July.

This article was also published in the Diplomat on July 7, 2017.

Sarah Cook is a senior research analyst for East Asia at Freedom House, director of its China Media Bulletin, and author of The Battle for China’s Spirit: Religious Revival, Repression, and Resistance under Xi Jinping.