Leaders in Beijing have avoided opprobrium for appalling actions on their behalf. 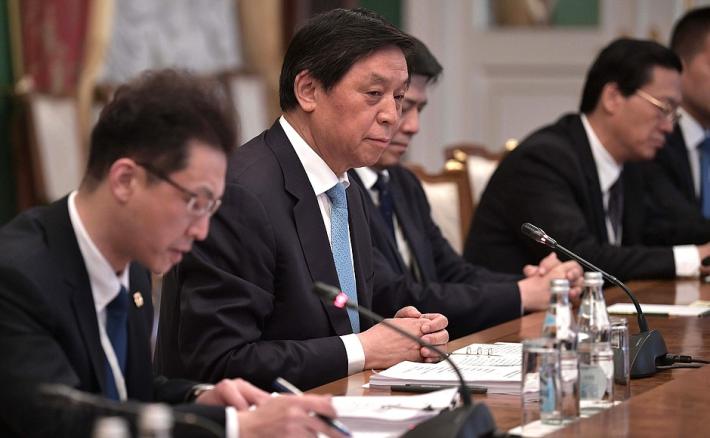 In an earlier age, dictatorships were noisy and belligerent. They conducted show trials where the most prominent personalities, the prosecutors, hurled epithets at cowering defendants. They smashed houses of worship and bragged that doing so advanced the cause of modernity. They ordered entire minority groups into internal exile. The leaders wrote books about the radiant future, which their people were compelled to put to memory. With a stroke of the pen, the very same leaders would announce massive expropriations of land and property that affected millions of people.

With a few exceptions, modern autocracies operate differently. In China, the world’s most successful authoritarian state, the government still employs many of the old methods to exercise political control at home and exert influence abroad, but it does so with more bureaucratic reserve and sangfroid than in the time of Stalin and Mao. Its actions have become so routine, in fact, that the leadership’s own role is at times hardly noticed.

Just in the past few weeks, Beijing has engineered a series of steps that some would regard as astonishing for a government that seeks — indeed demands — the respect of the world, and that bristles when critics point to its acts of repression. Yet even as observers object to the incidents themselves, the world’s disapproval is rarely directed at the regime and its leader.

All of these actions are in keeping with Chinese president Xi Jinping’s accelerated efforts to suppress dissenting thought, whether it is expressed in 10,000-word scholarly articles about the Cultural Revolution, 1,000-page studies of Mao’s Great Famine, or 100-character tweets about the death of jailed democracy advocate Liu Xiaobo.

But in each case, the leadership in Beijing has managed to deflect the world’s attention from its own repressive policies to the various proxies and targets who have carried out or been forced to bend to its will.

In the CUP case, for example, the authorities expressed their unhappiness with articles on China Quarterly’s Chinese website that dealt with issues like the 1989 democracy movement, the Uighur minority, and Hong Kong. CUP, one of the world’s oldest and most respected publishing houses, took down the articles under the implicit threat that the entire CUP website would be blocked in China.

CUP eventually reversed its decision and restored the information it had earlier deleted, but only after a firestorm of protest from the very scholars who contribute to its publications. Some academics had asserted that if CUP did not change course, they would refuse to publish with it or review its manuscripts in the future.

Chinese authorities were often pushed to the background in media coverage of the dispute. In a somewhat similar vein, attention was focused on Jiang Tianyong and his confession rather than on the security apparatus that detained, intimidated, and almost certainly tortured him. Likewise in the moves to replace the BBC and jail the three democracy activists, the decisions were supposedly made, and the world was told, by Hong Kong officials and judges.

There is a real danger in Chinese leaders’ adeptness at escaping opprobrium for this ever-escalating repression. China is thoroughly integrated into the global diplomatic and trading systems. Countries everywhere vie for closer economic ties with Beijing. Governments are increasingly wary of ruffling the leadership’s feathers, and other institutions, like corporations and universities, are increasingly willing to accept Beijing’s rules in exchange for money and access.

The protest initiated by China scholars during the CUP scandal deserves our acclaim. But only a consistent and clear-eyed campaign of resistance, waged by governments and the private sector alike, can check Beijing’s quiet drive toward a new normal of repression at home and interference abroad.

This article was also published in the Diplomat on September 5, 2017.