Paradoxically, Putin eschews control amid the COVID-19 pandemic, leaving Russia’s response to the local and regional institutions he has dismantled. 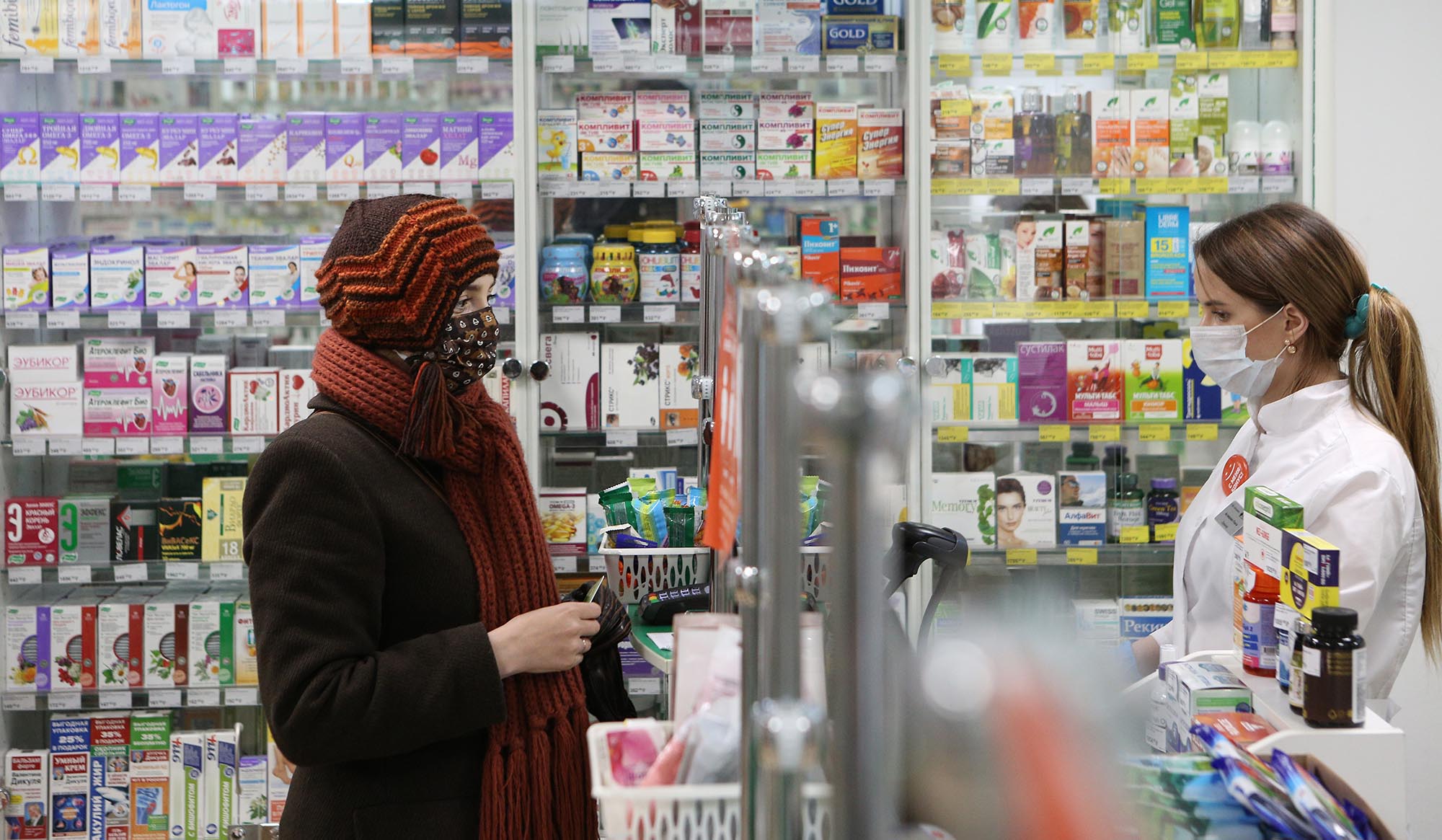 The COVID-19 pandemic arrived in Russia at a particularly risky political moment for President Vladimir Putin. Already weighed down by crises of his own making, Putin has chosen to pass the buck, pushing responsibility for Russia’s response to the global pandemic onto the country’s regional governors.

The troika of crises

This year was already shaping up to be politically challenging for Putin. After decades in power, Putin chose to address the ever-present question of his political future in early 2020 through a roundabout series of political maneuvers, ultimately settling on a constitutional referendum. With the result predetermined, a vote on the changes—which would potentially extend his rule to 2036—was scheduled for April 22.

Concurrently, Putin took a calculated risk on the lifeblood of Russia’s financial well-being: its oil exports. Eager to be rid of stiff competition from US shale-oil producers, Russia resisted pressure from within OPEC to cut its oil production, resulting in a steep drop in oil prices, and with them, state revenue.

The arrival of COVID-19 only threw more gasoline on these already raging fires. Preparations for the national referendum, which proceeded well into late March, were ultimately postponed in light of growing public concern about the virus. Stay-at-home and self-isolation orders across the globe sharply cut demand for oil, causing the price to drop even further. This in turn placed increased strain on Russia’s financial health, and thereby limited the government’s potential national public-health response.

Unlike other settings where leaders have used the crisis to centralize power, though, Putin chose to shift responsibility (and blame) to Russia’s sub-federal institutions. But, as Freedom House’s Nations in Transit Local Democratic Governance (LDG) score for Russia has shown, those regional and local governments have been hollowed out by Putin himself over the last two decades. As a result, Russia’s citizens are dependent on weak democratic institutions to save them from this emergency.

Federalism in the Russian Federation exists in name only. While Boris Yeltsin, Russia’s first post-Soviet president, urged the country’s regions to “grab as much sovereignty as they could swallow,” Vladimir Putin has overseen the destruction of regional power and independence. Nowhere is this more evident than in his 2004 introduction of legislation ending the popular election of regional governors. And while the de jure direct election of governors was ultimately returned, the de facto selection process has remained clearly top-down. Even after being popularly elected, governors were regularly forced into resignation and replaced at the discretion of Moscow.

The result of this political arrangement is a cohort of regional governors unqualified to address the emergency of COVID-19. While Putin has granted Russia’s regional governors new, although limited, powers to handle the crisis, he has also made it clear that failure will be interpreted as “criminal negligence.” As a result, a handful of Russia’s governors have resigned under the pressure, citing their own unpreparedness.

Yet, while Putin has granted the regions additional authority to respond to the health crisis, that authority has not come with sufficient financial support for the struggling regional economies or their under-resourced healthcare system. Russia’s regions have long been in dire straits when it comes to their financial well-being, owing in part to corrupt schemes that redistribute taxes collected in the regions to corrupt elites in Moscow. Russia’s LDG score declined in the 2015 edition of Nations in Transit due to the fact that “local governments have little ability to raise money on their own through taxes and fees, relying heavily on subsidies from the regional and federal governments.”

Due to this asymmetric financial system that reallocates tax revenues unequally and, often, in a politically determined manner, fiscal federalism in Russia is very much trickle-down—from the Kremlin to the regions to the municipalities. But amid the COVID-19 crisis, the Kremlin has signaled that money isn’t coming. On April 17, the Federation Council approved an amendment allowing Russia’s regions to lend to one another. But, as others have pointed out, “no one but Moscow has money,” and Moscow is currently struggling to manage its response as the epicenter of the pandemic in Russia. As such, money is unlikely to flow from Moscow to the regions anytime soon.

Thus, Russia’s regions are poorly positioned financially to respond to the crisis. The lack of financial resources further exacerbates the regional disparities in Russia’s healthcare system.  In general, Russia’s healthcare system has a shortage of ventilators and personal protective equipment. But the regional differences are more acute. Twenty-five percent of the nation’s ventilators are found in Moscow, the Moscow region, and St. Petersburg—which together account for only 17.5 percent of the country’s population. Additionally, the distribution of epidemiologists, the numbers of which have fallen nationwide by 60 percent over the last 30 years, is also drastically uneven.

Given the lack of both financial and health care resources, Russia’s regional authorities have had to turn to other means for battling the coronavirus, including increased surveillance, strict policies of self-isolation, and even relying upon local oligarchs to financially provide for citizens.

While some regional leaders have resigned, others, particularly in the North Caucasus, have taken Putin’s delegation of responsibility as a further green light to violently repress any remaining vestige of Russia’s democratic institutions. In the 2011 edition of Nations in Transit, Russia’s LDG score declined due to the inability of the Kremlin to control violence in Chechnya, which remained starkly under the authority of Chechen president Ramzan Kadyrov. While civil unrest has waned in Chechnya over the last decade, Kadyrov’s brutal suppression of the media, civil society, and the population at large has not. And the Kremlin’s decentralizing response to the COVID-19 crisis has provided Kadyrov and other regional autocrats an opportunity for further unrestrained attacks on a society in lockdown.

In late March, at a meeting of the Chechen government, Kadryrov said that anyone who violates the quarantine should be punished by death. Later, in mid-April, he made threats against Novaya Gazeta, an independent Russian newspaper, and its journalists, after they reported that ailing Chechens were choosing to suffer at home, rather than risk punishment for seeking care at the region’s poorly equipped hospitals. And, more recently, the Chechen leader threatened the imprisonment of anyone who publishes videos of quarantine-violation detentions.

Unshackled, repressive tactics are not only found in Chechnya. In North Ossetian city of Vladikavkaz, residents, upset over the stay-at-home orders and concerned about lost jobs and incomes protested en masse. The rally was violently broken up by riot police.

Yet, in some cities, civil society has creatively responded by holding antigovernment protests online. Russians have begun tagging themselves at government buildings, leaving comments that express their fear of the crisis and frustration with their leaders’ response.

Contrary to his public image as a steady hand on the controls of Russia, amid the COVID-19 crisis we see Putin furtively telling regional authorities to grab as much responsibility as they can swallow—and consequently, as much of the blame for any inadequate responses. Recognizing how his leadership has been weakened by the dual crises of regime stability and an international oil war, Putin has shifted Russia’s pandemic response to the regional institutions that he himself dismantled over his decades-long rule.

As was perhaps to be expected, Russia’s local and regional governing institutions are failing to meet the challenge. Unfortunately, the country’s other weakened democratic institutions, most notably the media and civil society, are feeling the knock-on effects of poor local governance. Despite Putin’s decision to avoid blame, his approval numbers have fallen to historically low levels. With the number of infections growing steadily across the country and Putin washing his hands of responsibility, Russia’s citizens are left to wonder who will save them from this crisis.