Authoritarian powers that are fundamentally hostile to democracy cannot be ignored or appeased. 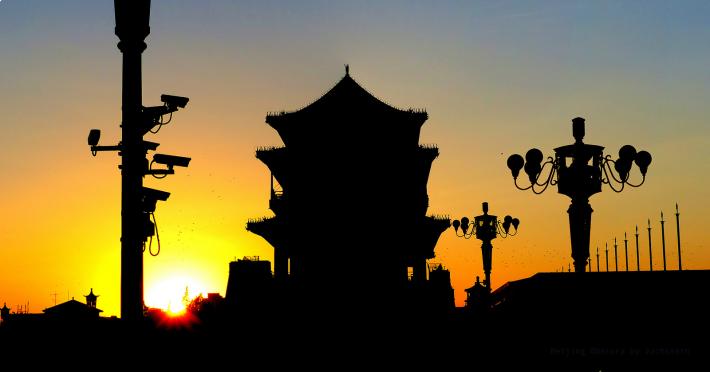 Authoritarian powers that are fundamentally hostile to democracy cannot be ignored or appeased.

This year marks the 70th anniversary of the 1948 Communist coup in Czechoslovakia. By the time Prague fell, the Soviet Union had already forced other Eastern European countries into its orbit, in the process killing or arresting opposition leaders and crushing trade unions, churches, and other independent institutions. But Czechoslovakia, the region’s only democracy during the interwar period, was regarded as a special case.

The seizure of power in Prague shattered lingering illusions about the nature of the Soviet system and the plans of Joseph Stalin. He had already made clear that he had no intention of relaxing his regime of domestic terror. With Czechoslovakia added to Hungary, Poland, and the other satellite states, it was confirmed for all but the most naïve that Moscow was bent on a policy of relentless hostility to democracy and the creation of client states wherever the opportunity arose. No amount of diplomatic engagement or wishful thinking would alter Stalin’s course.

For many, then, the Prague tragedy marked the true beginning of the Cold War.

The question today is whether democracies have reached a similar inflection point in their relations with the modern authoritarian world, especially with its two major powers, China and Russia.

Russia has punctuated years of antidemocratic hostility with the attempted assassination of Sergey Skripal, an outrage that comes on the heels of other murders on foreign soil, the invasion of Ukraine, and the brazen destruction of a Malaysian airliner over that country. Around the globe, Russia has made itself a ready source of support for abhorrent despots, from Assad to Maduro.

Unlike the Soviets, Putin is not defending a totalitarian political system. Nor is he necessarily attempting to impose Russian troops or a hand-picked government on neighboring countries. But at every juncture he is undermining free institutions, working to weaken democratic rule, and aligning Russia with populists who hate democracy, including some with blatantly racist agendas. And in everything he does, Putin seeks to weaken American power and sabotage American interests.

China’s course is even more worrying, if less obvious. Under Xi Jinping, Beijing is systematically installing what can only be characterized as a form of modern totalitarianism. The modest initiatives of independent civic activism that emerged in China over the past two decades are being systematically disassembled, and independent thinkers are being jailed, tortured, and occasionally killed. The Communist Party has introduced a horrifying system of individual control based on the latest in high-tech surveillance technology in Xinjiang, a region whose “restiveness” is largely due to the central state’s egregious restrictions on the observance of Islamic traditions by the Muslim Uighur population. A version of the enhanced surveillance regime that was tested in Uighur lands is gradually being applied to the rest of China. Foreign journalists have reported on these thoroughly alarming developments, but democratic governments have remained silent.

The party leadership has also announced intensified indoctrination efforts. While Chinese leaders have talked about the importance of ideological education for some years, Xi has now taken steps to ensure that students are given hefty doses of “Xi Jinping Thought” as part of a drive to inculcate the correct political line and encourage the rejection of “Western” democratic ideas like freedom of expression, constitutionalism, and the rule of law. Coming soon will be a national conference where university students will show what they have learned from “Xi Jinping’s socialism with Chinese characteristics in a new era.”

To be sure, a 21st-century campaign to teach young people that freedom and openness are unpatriotic concepts may prove a step too far for the Chinese public. Education Minister Chen Baosheng alluded to the problems ahead when he spoke of the need for a new political curriculum, new teachers, and the retraining of old teachers. Moreover, the party has announced that it is centralizing control over the media, films, and entertainment, all already heavily censored by existing regulators.

This is a remarkable path for a country that proclaims with assurance its future role as global leader, and it carries grave implications for the world beyond China. The regime’s propaganda has long derided democracy as chaotic and dangerous while boosting the benefits of China’s one-party system, and it is increasingly willing to recommend the Chinese Communist experience as a model for other developing countries. Beijing has also become more aggressive in demanding censorship from foreign companies and in foreign settings when it senses that the targets are vulnerable. Thus the ugly table-thumping directed at foreign corporations for listing Taiwan as a “country” on their websites.

The original Cold War began when the United States came to the realization that its differences with Stalin and other Communist leaders were not limited to negotiable questions of strategic interest, but were propelled by the Soviet Union’s fundamental antagonism toward democracy—an all-encompassing hostility that was reflected in policies, speeches, diplomacy, and textbooks.

We may not have reached the point at which the world found itself after the events in Prague seven decades ago. But when regimes like those in Russia and China control their media, embrace indoctrination in their schools, demonize rival political systems, and seek to undermine democratic countries’ stability, they are sending a message that can no longer be misunderstood or ignored.