Recent developments have shattered the smug assumption that democracies are inoculated against the spread of antidemocratic ideas and populist demagogues. 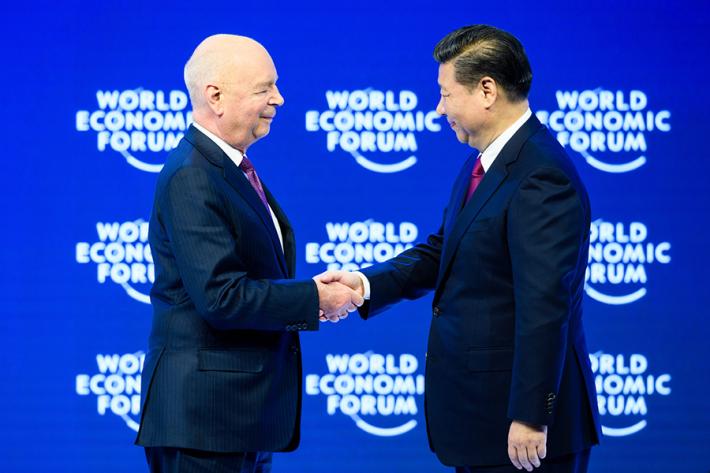 Faced with the steady rise of modern dictatorships, the leaders of the democratic world long consoled themselves with the notion that their societies were immune to the problems that plague authoritarian settings. Recent developments, however, have shattered the smug assumption that democracies are inoculated against the spread of antidemocratic ideas and populist demagogues.

Democracy is under intense pressure throughout the world, with freedom declining globally for the 11th consecutive year in 2016, according to Freedom in the World.

More disturbing than the numbers is the alarming shift in the behavior of powerful autocracies, especially Russia and China. Until recently, both had added layer upon layer of repression as a largely defensive mechanism to prevent their own citizens from forming political oppositions or challenging the official justifications for one-man or one-party rule. In 2016, the gloves came off. While both countries continued to perfect the apparatus of domestic control, they also moved more aggressively to challenge democracy outside their borders.

In China, the Xi Jinping regime intensified its persecution of just about anyone with dissenting thoughts. In a distressing signal of future intentions, the regime advanced plans to introduce a “social credit” system that would connect each citizen’s financial, social, political, and legal data to produce a single numerical rating of trustworthiness. Under this Orwellian scheme, a misstep in any area—criticism of official policy in an online message, for example—would have indefinite repercussions in other aspects of life.

Beijing’s intolerance for individual rights at home was mirrored by its intrusions into the affairs of neighboring societies. The leadership engaged in unprecedented attacks on Hong Kong’s autonomy, menaced Taiwan, and ramped up pressure on nearby states to repatriate citizens, especially Uighurs, who fled China to escape persecution.

Russia combined domestic repression with long-distance political sabotage. The Putin regime stage-managed Russia’s parliamentary elections, leading to the total extinction of liberal opposition in the legislature. The Kremlin also added to its blacklists of “extremist” websites and civil society groups that it considers “foreign agents.”

Beyond its borders, Russia accelerated its indiscriminate bombing in Syria, contributing little to the fight against the Islamic State militant group. Moscow also deepened its interference in elections in established democracies through a strategy that featured support—including financial aid—for populist and nationalist parties, theft of internal party documents, and the dissemination of fake news and propaganda.

Russia’s interference in the American presidential election represents a new level of political warfare. The target is democracy itself. Russia has made clear its intention to discredit democracy as an idea, discourage those enduring autocratic rule from aspiring to a democratic future, bolster populists and nationalists, and weaken the self-assurance of democratic societies.

The Freedom in the World findings suggest that this campaign to weaken democracy in its heartlands is meeting with some success. While in past years the declines in freedom were concentrated among autocracies that went from bad to worse, in 2016 it was established democracies that dominated the list of countries suffering setbacks. Nearly one-quarter of the countries registering declines for the year were in Europe.

The United States over time has given evidence of a troubling erosion of democratic norms. This process worsened with the enactment of state voter-suppression laws and Donald Trump’s repeated, baseless claims during and after the presidential campaign that the electoral system was “rigged” against him.

Even more disturbing are Trump’s belittling comments about the system of alliances established to ensure a world where democratic values prevail. After eight years as president, Barack Obama left office with America’s role as a beacon of world freedom less certain. But Trump’s positions raise fears of a foreign policy that is plainly divorced from the traditional idea of America as leader of the free world, as opposed to simply the world’s most powerful nation-state.

Neither Russia nor China is primarily responsible for Europe’s current woes. They stem from the surge of refugees and migrants, a spike in terrorism, and internal flaws exacerbated by economic stagnation. Likewise the United States suffers from the slowly incubated consequences of extreme political polarization and other problems of largely domestic origin.

But it is global authoritarianism that is reaping the benefits of democratic weakness. A dominant theme of Chinese propaganda is the failure of multiparty democracy and the success of one-party rule. Vladimir Putin, meanwhile, ridicules democracy as immoral, out of touch, inconsistent, and hypocritical.

It is no longer adequate to argue that repression is a sign of weakness, and that repressive regimes are therefore destined to collapse under their own internal contradictions. Today’s authoritarian powers have fine-tuned the art of political control to minimize violence or mass persecution. They have grown sufficiently self-assured to claim the superiority of their systems. Eleven years of decline in global democracy should be enough to trigger alarm bells in societies where freedom in cherished. The question is whether the United States and Europe will retreat from their responsibilities as global leaders. If they do, Russia, China, and their ilk appear ready to fill the void.