Democracies are no longer immune to the virus of the authoritarian state. 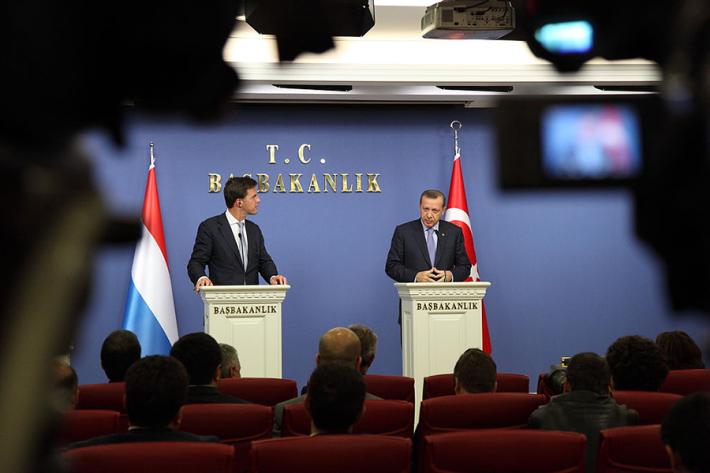 Democracies are no longer immune to the virus of the authoritarian state. In Hungary, Poland, Turkey, and other parts of the world, press freedom is declining at a rapid pace. European core values are at stake, and it is time for leaders in the Netherlands and Scandinavian countries to intervene—before it is too late.

Versions of this article were originally published on May 3 by Free Press Unlimited and Nederlands Dagblad.

Dark horizons for press freedom. That is the tagline for the latest Freedom of the Press report, published by Freedom House. Countries that could generate optimism and prospects for change 10 years ago have sunk deeply into the mud of authoritarianism. The figures on Turkey are well known: Since 2016, 2,500 journalists have lost their jobs, media houses were taken over by friends of the president, and a record number of 81 journalists were imprisoned as of the end of 2016. Turkey is a member of the OSCE and the Council of Europe but does not restrain itself in its quest to target journalists and to violate international treaties, in an effort to stem dissent.

Also within the European Union, some countries are degrading rapidly. Poland has brought its public media under government control, in spite of popular demonstrations and EU complaints. Hungary is even worse off. Any form political dissent or democratic opposition is being smothered. Hungary is leading a saddening list of European countries where press freedom is in jeopardy.

And pre-accession member states of the European Union in Southeastern Europe, notably the Balkan countries, suffer from intimidation and incarceration of journalists. Media monopolies are brought under indirect government control, the free internet is chained, and any form of dissent is met with aggression and brutality from the executive powers.

These states follow the pattern set by Russia and China. These countries have brought their internal media sector almost under full control, and they exercise a growing influence in neighboring countries. And what are the world’s democracies doing to address these threats? Not much and certainly not enough.

In its report, Freedom House points a finger to the culprits: Politicians erode respect for free press—and politicians in democracies undermine the belief in press freedom. The report lists attacks on the press from nationalist parties and movements in Netherlands, France, and Germany. But the organization does not shy away from also criticizing tendencies of the new U.S. administration: “When politicians lambaste the media, it encourages their counterparts abroad to do the same,” says Michael Abramowitz, president of Freedom House. “Vitriolic attacks on individual journalists and news outlets in the United States undermine our democracy’s status as a model of press freedom.”

Though the language of governments in European countries is less confrontational, EU countries also appease world leaders that infringe on citizen rights and press freedom. The European Union has not acted against the violation of European core values and constitutional provisions for human rights and press freedom. Parliamentarians from the Christian Democratic EVP coalition protect the Hungarian prime minister Viktor Orbán, because he is a member of their constituency. The Balkan countries are instrumental for keeping migrants away from Europe, and the EU policy of deal-making in Libya and Sudan highlights a lack of principle values at the core of its foreign policy. Might over right values seem to be prevailing for the EU leadership.

This creeping war against journalism erodes the core constitutional values of our democracies. If we want to reverse this trend, policies need to change and the current appeasement and charm offensive with dictators needs to change, especially in the United States and in European countries—the last remaining strongholds for checks and balances and social democracy.

To start with, Prime Minister Orbán of Hungary should be isolated and put under pressure, more in particular by the Christian Democratic constituency that has been a guardian of our European core values for so long. And keep investing in press freedom, both at home and abroad.

If we lose the United States and Europe as champions of press freedom, we are bound to lose our orientation for human rights and dignity, or even worse—we may find ourselves with governments that oppose the rights of their own citizens.