Election Season Is a Perilous Time for Internet Freedom

In many countries, upcoming votes raise the likelihood of online censorship and deliberate service disruptions. 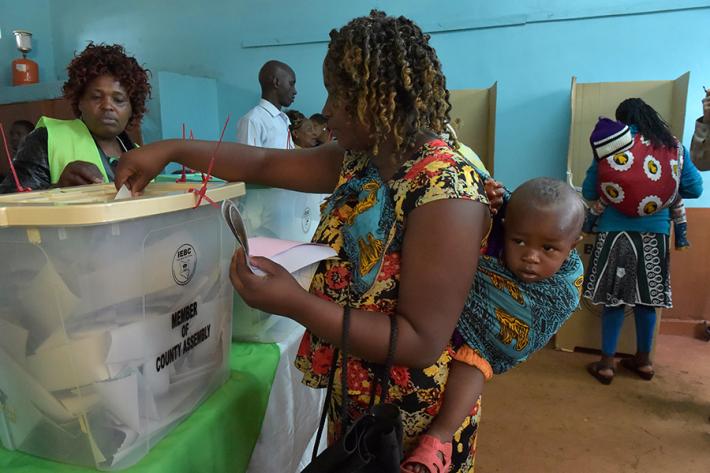 A woman carrying a baby on her back casts her ballot at a polling station in Gatundu South, Kiambu county, during general elections on August 8, 2017. SIMON MAINA/AFP/Getty Images.

In many countries, upcoming votes raise the likelihood of online censorship and deliberate service disruptions.

Elections are supposed to be an opportunity for citizens to make their voices heard, and the credibility of the process depends on open debate and transparent administration. But as voters head to the polls, repressive governments often limit access to information, curb free expression online, and in the most extreme cases, cut off internet service entirely.

Freedom House’s Freedom on the Net has launched a new Internet Freedom Election Monitor to estimate the risk of restrictions on internet freedom during upcoming elections. Selected countries will receive a risk rating of Low, Medium, or High, depending on both the likelihood and the severity of potential restrictions.

“Elections are flashpoints for internet freedom,” says Sanja Kelly, director of the Freedom on the Net project. “This project will serve as an early warning mechanism for policymakers, activists, and the tech community. Our aim is to highlight countries where restrictions may be imposed, so that supporters of internet freedom can make the necessary preparations and, if possible, push back.”

Interested in learning more about internet freedom around the world? Stay tuned for the launch of Freedom on the Net 2017 on November 14, 2017.