Every Nation for Itself: What Trump’s Victory Could Mean for Europe and Eurasia

Russia will test the new administration’s commitment to protecting its democratic allies. 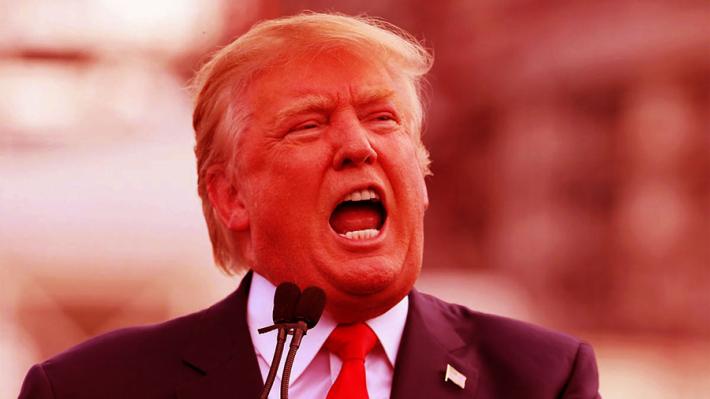 Russia will test the new administration’s commitment to protecting its democratic allies.

President-elect Donald J. Trump’s attitudes toward the North Atlantic Treaty Organization (NATO) and Russia were at the heart of the campaign’s foreign policy debates. Staking out positions that put him at odds with the American political, diplomatic, and military establishments, he suggested withdrawing from the treaty if members did not contribute more; cast doubt on his willingness to uphold Article V, the treaty’s collective defense obligation; and repeatedly praised President Vladimir Putin of Russia.

Since 1995, Freedom House’s annual Nations in Transit report has examined the state of democratic governance in the formerly communist countries of Europe and Eurasia. These 29 countries, most of which lived under de jure or de facto Soviet rule, now face the possibility that Trump’s talk will be translated into a radically different U.S. foreign policy. Russia under Putin has been openly pushing for a new division of the region into spheres of influence, what analyst Mark Galeotti calls Yalta 2.0. What should we expect in the near term?

Russia illegally annexed Crimea from Ukraine in early 2014, and invaded the country’s easternmost regions shortly thereafter, though it has never officially acknowledged the presence of its troops in the east. Moscow now props up two de facto protectorates in eastern Ukraine, the Donetsk People’s Republic and the Luhansk People’s Republic.

Ukraine will likely be the first place in Europe where Russia will go to find out what Trump really meant by his campaign remarks. The Russian invasion was checked only with a desperate Ukrainian defense in late 2014 and early 2015. As the Ukrainian military reformed itself in the heat of battle and showed an astonishing will to fight against a vastly more powerful opponent, Russia has settled for a frozen conflict in the east. But that precarious balance is maintained by full-throated Western support for Kyiv’s resistance, including billions of dollars in financial assistance, stockpiles of nonlethal military equipment, and a flood of advisers in all sectors of the state. Although it took time for the United States and the European Union to mobilize in Ukraine’s defense, both pillars of the transatlantic alliance have made the survival of an independent, democratic Ukraine a major priority. Russia’s military is likely to begin probing immediately upon Trump’s inauguration to see whether this commitment holds.

The military escalation will be paired with new Russian offers to the Trump administration for a division of influence, and increased pressure on EU member states to decouple fulfillment of the Minsk II cease-fire requirements from the current sanctions on Russia. Euroskeptic voices have been calling for the sanctions to be dropped from the beginning, with the support of business interests in a number of countries. Another major swing against democratic internationalism in European elections—whether in the Netherlands or France in spring 2017, or Germany in September—would doom Minsk II and leave Ukraine on its own. The government in Kyiv will have to carefully weigh the U.S. response to an escalation from Moscow and the quality of the EU commitment to its independence in deciding whether it can afford to continue with its resistance or must resign itself to Russian dominance.

Russia invaded Georgia in 2008 and still controls two nominally independent separatist territories within Georgia’s borders, Abkhazia and South Ossetia. The country has slid down Russia’s priority list since the party of President Mikheil Saakashvili lost elections in 2012 due to the war and massive popular discontent with his performance after nearly a decade in power. The oligarch who dominates Georgian politics now, Bidzina Ivanishvili, has made a show of seeking rapprochement with Russia, which has helped calm relations even as NATO retains fairly extensive military-to-military cooperation with the country and the U.S. continues to back democratic reforms.

Nevertheless, Trump’s statements on NATO and Russia will cause leaders in Tbilisi to question how durable that commitment is. Saakashvili’s pro-Western United National Movement is the largest opposition party, but it is in disarray. If there is no credible Western path for Georgia, that will strengthen the argument for orienting the economy and security policy toward Russia.

Moldova’s separatist territory, Transnistria, declared its “independence” during the collapse of the Soviet Union. Undergirding Transnistria’s separation was the Soviet 14th Army, now renamed the Operational Group of Russian Forces, which is still based in the breakaway region. Moldova’s politics have wavered between nominally pro-EU and pro-Russian parties that are all united in their attachment to massive corruption schemes; as elsewhere, Russia’s influence works not just through military force, but also through its corrupt financial ties to oligarchs who dominate local politics. Trump’s election may be an additional signal that the West is no longer interested in spreading its model of democracy and transparency, and that the future lies in aligning with Russia.

Nearly half of NATO’s 28 members are former communist countries that joined the alliance after the Soviet and Yugoslav disintegrations: Albania, Bulgaria, Croatia, the Czech Republic, Estonia, Hungary, Latvia, Lithuania, Poland, Romania, Slovakia, and Slovenia. Montenegro signed an accession protocol in May and has joined in all but the most formal sense.

The most vulnerable members are the Baltic states of Estonia and Latvia, which border “mainland” Russia, and Lithuania and Poland, which border Russian ally Belarus and the heavily fortified Russian exclave of Kaliningrad. Estonia, Latvia, and Lithuania were occupied by the Soviet Union and forcibly turned into Soviet republics during World War II. Poland, of course, was first divided by Germany and the Soviet Union and then forcibly rendered a Soviet protectorate after the war. Resistance to Soviet rule lives on in all of these countries’ independent national identities.

In response to increased military provocations from Russia since the start of the Ukraine conflict in 2014, these states recently received standing deployments of military units from fellow NATO members for the first time. While the individual battalions stationed in each of the four countries are not enough to halt a full-scale Russian attack, they provide some deterrence, in part by ensuring that these member states cannot be ignored by their larger allies in case of hostilities.

As part of a ratified international treaty, Article V is legally binding in the United States. It is not up to Trump or any other president whether he will enforce it. NATO is also at the core of America’s national security strategy, and a fully developed multilateral institution in its own right, which should guarantee a certain amount of consistency in its performance.

Nonetheless, Russia is likely to step up probing of NATO’s defenses and of its commitment to the Baltics and Poland through new deployments to Kaliningrad, where Moscow just last month moved nuclear-capable Iskander-M missiles; more violations of these countries’ airspace and national waters; and provocations like the kidnapping of an Estonian intelligence officer in 2014. Russia will test the limits of NATO’s resolve without necessarily providing a reason to invoke Article V.

Britain’s vote to leave the EU was a devastating blow to the accession prospects of the countries of the Western Balkans, and the U.S. election could prove to be another. EU expansion was hardly a campaign issue in the United States, but presumably Trump’s disapproval of internationalism extends to U.S. support for wider membership in the union. Absent a genuine EU accession option, leaders in the Balkans will be encouraged to seek their own agreements with both the EU and Russia. Although Russia lacks the ability to act as a security guarantor in the region, its position as a spoiler will be strengthened if the U.S. commitment to Europe and to NATO wavers. One danger is that states in the Balkans could decide that the Western security umbrella is unreliable and pursue their own solutions, leading to the rebuilding of nationalist militaries and a return to the irredentist politics of 20 years ago.

All this is just a fraction of the consequences that could unfold from Trump’s stated desire to walk away from decades-old, bipartisan bulwarks of American foreign policy. The president-elect’s plan for Syria remains undefined, but he has been more open to rapprochement with Russia and Bashar al-Assad than the current administration. This will set him even more at odds with Turkey, whose plans for the region remain fundamentally irreconcilable with Assad’s aims. And Trump’s insistence that South Korea and Japan bear more of the security burden in Asia will encourage those allies to develop their military capacities, possibly including nuclear weapons, adding a destabilizing new element to a region that is already troubled by nuclear-armed China and North Korea and a thicket of territorial disputes.

If Trump sticks to his campaign rhetoric, it could be every nation for itself. And that has always ended badly.