The ruling Fidesz party’s dominance of the Hungarian right has forced the extremist Jobbik to tack toward the center, replacing its paramilitary gear with puppies and kittens. 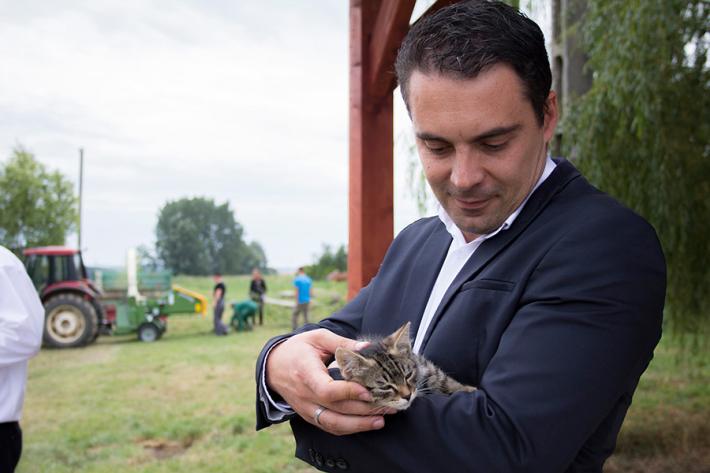 The ruling Fidesz party’s dominance of the Hungarian right has forced the extremist Jobbik to tack toward the center, replacing its paramilitary gear with puppies and kittens. But the change, real or not, is unlikely to benefit Hungary’s democracy.

Exactly four years ago, a leading figure in Jobbik, Csanád Szegedi, discovered that he had Jewish roots. This happened at a time when the party’s members habitually made anti-Semitic comments, and it was clear that Szegedi’s only option was to resign. Recently, he decided to make aliyah and move to Israel.

But the party that Szegedi left behind now claims to be undergoing its own sea change.

Jobbik leader Gábor Vona advanced the moderate turn this spring, when new extremist movements were growing across Europe thanks to the refugee crisis, and existing far-right parties were doubling down on hateful rhetoric. For those following Hungarian politics, the change of course demonstrated Jobbik’s increasing sophistication.

Jobbik came to prominence in 2009 after Hungary’s left-wing parties collapsed and as the effects of long-term economic mismanagement, coupled with the global financial crisis, spread among the middle class and the poor. The party gradually became the second most important player in national politics, with its popularity hovering around 15 percent, sometimes reaching into the low 20s. Jobbik lawmakers employed vilely extremist rhetoric, burned European Union flags, and openly associated with anti-Semites and racists. Hungarian members of parliament with a Jewish background, a party member insisted, were a potential “national security risk.” Jobbik deputies introduced a bill to ban the promotion of “sexual deviations.” One high-profile member called “Gypsy crime” a “biological weapon in the hands of Zionists.”

Vona, however, realized that support for the party had reached a plateau—a point traditionally seen as the limit for any extremist actor in a pluralist party system. He announced in 2013 that Jobbik would move toward the center. It was a risky but logical shift, given that Fidesz had been successful in poaching ideas from the party. The announcement was followed by a social media campaign that involved Vona playing with puppies and snuggling with cats.

The new branding brought its first result in early 2015, when Jobbik candidate Lajos Rig won the Tapolca by-elections, capturing the party’s first individual constituency seat in the parliament. Rig ran a toned-down campaign, focusing mostly on local issues and walking back on some of the atrocious views he had previously professed.

Vona began to expel Jobbik’s most vocal radicals this spring. He pushed out four of his deputies, arguing that the party needed “fresh faces” and people with experience in local politics. While some of the newly elected vice presidents are no less radical, the move reinforced Jobbik’s alleged transformation into a “modern conservative people’s party.” Indeed, Vona announced this summer that leaving the EU is “no longer on the agenda,” and started a public campaign with two somewhat clumsy interviews in September. He talked about his love life and revealed that his opinion on gay pride parades has changed: He is no longer certain that they should be banned. 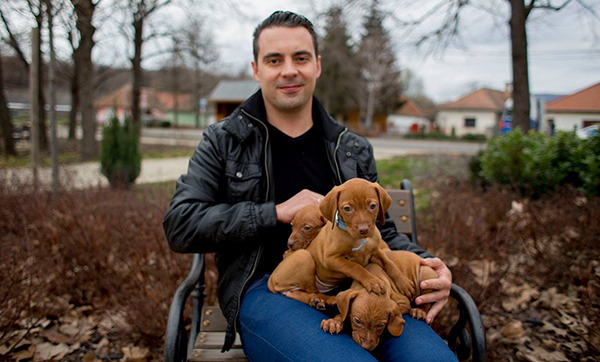 There are similarities between what is happening to Jobbik right now and Marine Le Pen’s “de-demonization” of the Front National (FN) in France. She also softened her party’s image, changing its position on certain topics and expelling the most abrasive radicals, including her own father. A further parallel is that the FN’s core messages have become mainstreamed as part of the national discourse—first with the help of the right-leaning former president Nicolas Sarkozy, and more recently due to a significant shift in French politics on the topics of immigration and security. And of course, allegations about a Russian money trail are present in both cases.

But there is a substantial difference between the two parties and, in fact, between Jobbik and most European nationalist groups. Before the start of the refugee crisis, Vona and his party had been enthusiastically pro-Islam. They distanced themselves from the FN by saying that the two could not be more different, and Vona claimed during a 2013 visit to Turkey that “Islam is the last hope for humanity.” This attitude was in line with the party’s broader “opening to the East”—a slogan later expropriated by Fidesz and used in an attempted shift in trade policy—as well as its Eurasianist and pro-Iran views.

Not surprisingly, such a rhetorical position made the exploitation of the refugee crisis quite difficult. In fact, Jobbik has suffered in recent polls, dropping below 20 percent among those certain to vote. The average Jobbik voter has changed, too. The party’s base has become more diverse, with a larger number of women and supporters over the age of 50.

It is unclear whether Jobbik can retain its radical voters, many of whom have already expressed utter dismay at the new direction. The party suffered a devastating defeat in recent local by-elections, finishing in the penultimate place with a little over 2 percent of the votes. This indicates the difficulty of employing Le Pen–style doublespeak, and demonstrates the peculiarity of the Hungarian political field.

Displaced, but leaving its mark

At this point, the fate of Jobbik as a party is less important than its lasting impact on the public sphere. Fidesz has dominated Hungarian politics for over six years—a fact that is unlikely to change. But after capturing the center it has gradually moved further to the right, aiming to extend its control even over the far right. It has been moving exactly in the opposite direction as Jobbik, gobbling up the latter party’s pet topics and eyeing its voter base.

Indeed, it would not be surprising if Jobbik were ultimately devoured by Fidesz, following, in one way or another, all the ruling party’s other challengers on the right: the Smallholders Party, the Hungarian Democratic Forum, and Fidesz’s own coalition partner, the politically insignificant Christian Democrats.

Another possibility is that Jobbik emerges from its transition weakened, but does not go under. Since the party’s main strength is its claim to be outside the establishment—and hence untouched by corruption—a somewhat toned-down rhetoric could still earn it votes.

Any gains for Hungarian democracy are dubious at best, however. Fidesz has to keep the opposition divided to stay in power, and a more centrist Jobbik that draws around 15 percent of the vote would be perfect for that end. Meanwhile, Jobbik’s initial political breakthrough from the far right has already legitimized several previously taboo topics in the public discourse, including brazen anti-Semitism and anti-Roma sentiment, to which Fidesz’s increasingly illiberal message has added hostility to migrants and refugees.

So far, this fearmongering has remained on the level of government statements and policies. But we know well that once the seeds of hatred are sown, its fruits can emerge in people’s daily lives. Whether Jobbik is now becoming more centrist or not is no longer the point. The damage is done. The center has stopped holding in Hungary.