American democracy still suffers from some of the rifts that opened five decades ago. 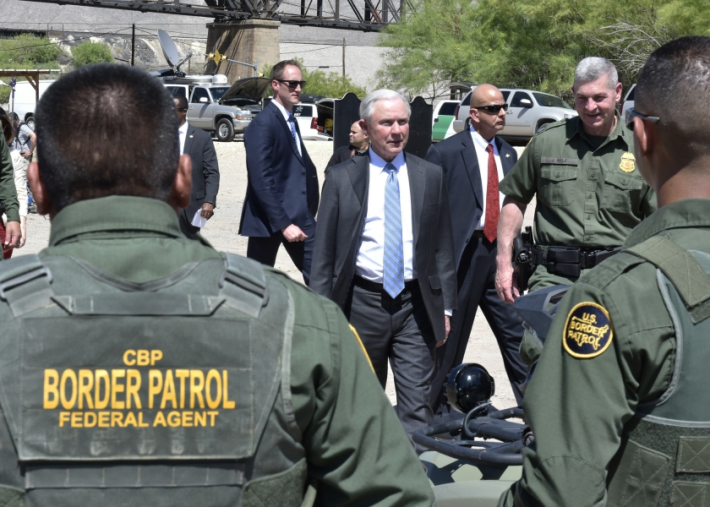 American democracy still suffers from some of the rifts that opened five decades ago.

Until very recently, most older Americans would have agreed that, hands down, 1968 was the worst year in modern U.S. history. Events had been building up to combustible levels for several years, as race relations deteriorated, protests against the Vietnam War spun out of control, and a shrill debate about the state of American society reached toxic intensity.

As the year began, I was working as a reporter for a small-town newspaper in central Pennsylvania. The paper’s circulation area was in the northern reaches of the Bible Belt, and local political leaders took pride in having rejected federal funds from Lyndon Johnson’s War on Poverty.

But the paper’s political orientation stood to the right of its readership. The principal owner hated civil rights protests and flatly refused to permit coverage of a speech by James Farmer, a stalwart of the movement for racial equality, at the local college. The owner claimed to have evidence of Farmer’s Communist Party ties; in fact, Farmer was a committed democrat and apostle of nonviolence and racial integration, principles that earned him a reputation as an accommodationist among the younger generation of black radicals. Likewise, the paper refused to cover labor affairs, including the strikes that occasionally took place at steel mills and other local industries.

After Martin Luther King’s assassination, there was a series of closed-door meetings involving members of the family that owned the paper. Voices were raised, and the newsroom was in a state of tension. As I was later told, the principal owner, the most viscerally reactionary figure in the group, had prepared an editorial, meant for page-one prominence, that denounced President Johnson for ordering flags to be flown at half-staff in honor of the civil rights martyr. King’s achievements did not equal the life of one American soldier killed in Vietnam, the editorial declared. In the end, more temperate voices prevailed, and the editorial was never published.

I left Pennsylvania shortly after the King assassination and traveled around Texas for a while. One night I found myself at an event in Austin that turned out to be a black power rally, a fact revealed when the young man in charge of the program expressed dismay at the presence of whites and set the tone for the session by repeating the slogan, “Arm Yourself or Harm Yourself.”

The main theme of the evening was the necessity of black self-defense in an environment of racial oppression in the United States, especially in Texas. “Get guns,” one speaker urged, and the slogan was taken up and shouted back by the audience.

Several weeks later, I was present at a rally in Dallas that highlighted former (and future) Alabama governor George Wallace, who was just embarking on a third-party bid for the presidency. Long a defender of segregation, he now presented himself as the leader of a growing movement of white Americans who were dismayed by racial change, campus upheaval, and tolerance for lawlessness. He framed his arguments in terms of individual liberties, homeowners’ rights, safe streets for women and children, and the sanctity of the neighborhood school. “There’s not a dime’s worth of difference” between the Republicans and Democrats, he insisted.

Even for someone of my narrow experience, American division was inescapable. Family ties were ruptured by arguments over the war, drugs, premarital sex. Protesters shut down universities and shouted down professors who had declined to sign their manifestos.

This is all a way of saying that 1968 was an awful year, ripe for demagogues of both the right and the left.

But was American democracy in 1968 experiencing the sort of broad-gauged erosion that it seems to be experiencing today, 50 years later?

Some things didn’t change all that much in 1968. The political system continued to function in a more-or-less normal fashion. Laws were passed; bipartisan cooperation was not unusual. The new president, Richard Nixon, regarded the press with hostility, but the media enjoyed far more respect than is the case today. Nixon certainly didn’t attack the press with President Trump’s vitriolic language.

Yet many arguments from 1968 have never really been resolved. Opinion analysts date the waning  of faith in our core institutions to the 1960s. Disdain for “liberal elitism,” a theme exploited by both Nixon and Wallace, remains a fixture of the politics of resentment today.

One notable difference is that 50 years ago, many people remained optimistic about race relations, despite the riots. Indeed, the immigration reform legislation of 1965, which abolished a national-origins formula that favored Europeans, demonstrated the country’s determination to eliminate exclusionary racial criteria from government policy.

While much has changed for the better—slogans like “Arm Yourself or Harm Yourself” are seldom heard, at least from black activists—racial inequality and de facto segregation remain a scar on American society. Access to health care, job discrimination, schools, mass incarceration, police shootings, and now our immigration policies—these and other racially fraught issues are crucial contributors to the country’s present distemper.

And unlike 50 years ago, there seems to be little bipartisan will to even speak candidly about these problems, much less build broad consensus for progress. Some problems are worsening, as state legislatures advance ever more intricate plans to reduce the political participation of minorities, including their ability to vote. In the last few years there did seem to be a serious bipartisan movement to reduce America’s massive prison population, but the Justice Department under Attorney General Jeff Sessions has pressed for policies that would put more Americans in jail for longer terms.

It’s still up for debate whether American democracy is worse off now than in 1968—and there are four months left in 2018. But as we struggle to preserve our values and institutions amid a barrage of disturbing news, we would do well to remember three things: that the country has been through such times before, that we have a real chance—as we did then—to address festering problems, and that the problems we don’t resolve will most certainly come back to haunt us.