The largely unreformed media sector has contributed to the new government’s recent difficulties. 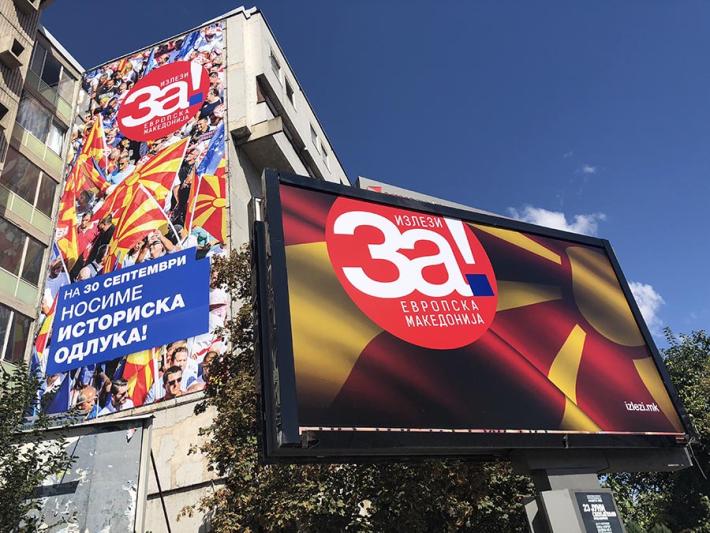 The largely unreformed media sector has contributed to the new government’s recent difficulties.

Macedonia had a rare moment in the international spotlight on September 30, as many in the United States and European capitals awaited the outcome of a pivotal referendum on the country’s name. Greece has been blocking Macedonia’s accession to both NATO and the European Union due to what it sees as territorial claims implied in the current constitutional name, the Republic of Macedonia. The fact that the referendum, which asked voters to accept a name change negotiated with Athens, failed to pass the required 50 percent turnout threshold was interpreted as a defeat for the government or, worse, as a victory for Russia, which has doggedly resisted the expansion of NATO and the EU.

Despite all the attention, however, few outside observers have properly examined Macedonia’s internal dynamics or noted the extent to which public disillusionment with establishment politics—and with the media—may have contributed to the low turnout.

Optimists abroad have hailed Macedonia as one of the very few countries around the world that have seen positive developments for democracy over the past year and a half. In fact, it was identified as one of the wider region’s “bright spots” in Freedom House’s 2018 Nations in Transit report, which said the new government that took power in May 2017 had a seminal opportunity to end a decade of political wrongdoing and start the arduous task of reversing state capture.

The right-wing party VMRO-DPMNE, in power from 2006 to 2016, had built a governing system based on bribery, election rigging, clientelism, and intimidation. According to wiretapped conversations that are the subject of ongoing criminal cases, the party set up an extensive illegal surveillance program, recording the conversations of up to 20,000 citizens, including journalists. It also threatened and harassed media workers who were critical of its rule. In 2013, journalist Tomislav Kežarovski was sentenced to four and a half years in prison for supposedly revealing the identity of a protected witness; Kežarovski had apparently angered VMRO-DPMNE by investigating the mysterious death of the publisher of independent newspaper Fokus and writing articles that implicated the government in corruption. In 2016, controversial journalist Zoran Božinovski was extradited from Serbia and detained for allegedly spying on behalf of Greece and Hungary.

The party is also accused of interfering with the judiciary and trying to control the courts, carrying out electoral fraud linked to the 2013 local elections, and attempting to cover up murder. Perhaps the most striking reminder of VMRO-DPMNE prime minister Nikola Gruevski’s decade in power is the lavishly funded “urban revival” project known as Skopje 2014. The garish and shoddily constructed monuments it deposited across the city have become a visible symbol of systemic corruption. Given this record of misrule, it is no wonder that the new governing coalition—consisting of the Social Democratic Union of Macedonia (SDSM) and parties representing the ethnic Albanian minority—was greeted in 2017 with considerable relief, both domestically and internationally.

For much of its first year in office, the SDSM-led government focused on mending Macedonia’s tattered relations with its neighbors. The conclusion of a friendship treaty with Bulgaria in early 2018 was regarded a significant success, and the draft agreement with Greece—which calls for the country take up the new name Republic of North Macedonia—could clear a path to regional reconciliation and accession to NATO and the EU. (The government has vowed to press ahead with the name change despite the failed referendum.)

However, this initial emphasis on foreign policy has pushed much-needed domestic reforms to the back burner, and the lack of progress in one area may be thwarting gains in the other. The deeply troubled media market is a case in point.

Macedonia’s media market is badly oversaturated. For a country of just 2 million inhabitants, there are 15 national, 21 regional, and 22 local television channels; some 70 radio stations; 5 daily newspapers, 2 weeklies, and 11 other periodicals; and more than a 100 news and opinion websites with domestic news content. Yet, as in much of the region, this seeming variety does not translate into actual diversity of views; instead outlets adhere to partisan lines, which tend to skew heavily toward the party in power.

The advertising market is small, estimated at around 35 million euros a year. The large number of outlets that nevertheless survive in this environment suggests that market conditions and profitability are not a primary concern for media owners. Indeed, many owners use their outlets as political leverage to protect and prop up other business interests. Journalists, meanwhile, face poor working conditions, low salaries, and a lack of job security, all of which undermine their ability to report independently and resist editorial pressure from owners and others.

There was much international reporting about disinformation and fake news related to the name referendum, and about Russia’s potential involvement with the campaign for a boycott of the vote. But fake news—once known simply as propaganda—has a long history in Macedonia. In fact, many locals argue that the current practices of social media manipulation and fake websites pale in comparison to the massive propaganda apparatus that VMRO-DPMNE made use of when it was in government.

Soon after the new government came to power, it promised to reform the public broadcasting service and the media regulator, establish transparent mechanisms for the allocation of government advertising, make state records more easily accessible, and revise the laws related to libel and defamation.

According to expert assessments, however, not much has changed on the ground. The SDSM government rolled back public subsidies that had been abused to support VMRO-DPMNE mouthpieces, but this exacerbated the sector’s broader financial problems and left outlets struggling to provide quality coverage. Moreover, the media continue to depend on the government. While a number of outlets that were clearly used for propaganda purposes by the previous government folded this year, others changed their stance and became either more neutral or outright positive toward the new ruling coalition.

A number of specific legal changes have been proposed, including reformed appointment procedures for the media regulator and the public broadcaster, but these laws have yet to be adopted. The parliament did manage to enact a controversial change to the electoral law that would allow the electoral commission to fine online outlets for “unbalanced coverage.” It was passed overnight at a summer session without much transparency—a bad procedural precedent for the governing coalition.

Some things have certainly improved over the past year and a half. The new government is much more transparent in its conduct, and journalists of all stripes have access when reporting on government policy or state institutions. Government politicians are also steadfast in condemning violence and threats against journalists—a welcome change that will have positive effects beyond the cases concerned. When it comes to solving these crimes and prosecuting the perpetrators, however, there has been scant progress, with around 50 cases pending from previous years.

It is important that journalists now feel more free to work without the fear of repercussions such as threats, hate speech, or intimidation from the government, but a change in atmosphere will not be enough. The past year and a half has only further exposed the sorry state of the country’s media sector and the tremendous damage the previous authoritarian government did to the field.

For the market to operate in a more sustainable way, the distorting links between politics and the press have to be broken. While this will not happen overnight, it is necessary to increase citizens’ trust in both the media and political institutions.

The name agreement, by opening a pathway to EU and NATO accession, could help end the cycle of state capture and public disillusionment in Macedonia. But if citizens have no confidence in the politicians negotiating on their behalf or the journalists describing what is at stake, they may allow these opportunities to pass them by. The government will have to prove its bona fides with more concrete reforms at home, and the media sector is a good place to start.