In the first installment of a new series, Freedom House staff assemble some of their favorite books that help explain the decline of global freedom worldwide and what can be done to reverse it. 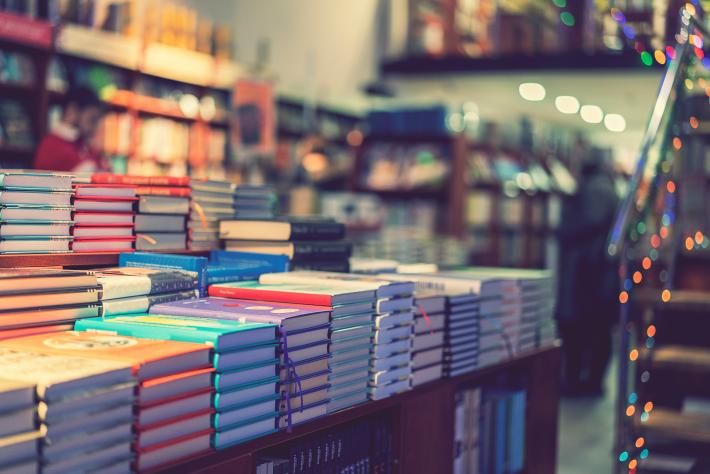 Harry Truman, former US president and formidable history buff, once said that “there is nothing new in the world except the history you do not know.” While the precise truthfulness of that remark is debatable, the attitude behind it is not. Often the best means of decoding the present is to examine it through the lens of the past.

Democracy is in retreat worldwide and has been for the past 16 years, according to the Freedom in the World 2022 report. Many factors have contributed to this decline in global freedom, including authoritarian leaders centralizing and expanding their power, open conflict between rival nation-states, and the decline of democratic norms within free countries. The context may be new, but these contributing factors are not. You can find innumerable examples of all three in virtually any respectable history book.

Truman also once said that “not all readers are leaders, but all leaders are readers.” In this spirit,  we present four books that help explain the world as it is and offer vital information and advice for building a better and freer world of tomorrow. These books may not fit the traditional definition of a so-called “beach read”—but they are essential summer reading nonetheless.

In this pithy treatise, professor and historian Timothy Snyder distills 20 lessons from the previous century into proverbs aimed at preventing authoritarianism and repression in the current one. Drawing historical parallels from events that preceded the rise of fascism in central Europe in the 1930s, and writing in a style evocative of Sun Tzu, Snyder advocates for the basic blocking and tackling of good democratic citizenship: “don’t obey in advance,” “make eye contact and small talk,” “believe in truth.” These simplistic-sounding slogans underlie deeper truths about what it takes to, in Ben Franklin’s words, keep a republic. Doing so requires vigilance, a commitment to community, professional and personal ethics, and agreement on a single set of facts.

Anne Applebaum, Twilight of Democracy: The Seductive Lure of Authoritarianism

How is it that freedom-loving individuals could be so captivated by the siren’s song of the strongman that they would sublimate their individual liberties to the leaders of authoritarian regimes? Anne Applebaum, an authority on European governance and the history of communism, explains this phenomenon in a cautionary tale drawn from personal experience and historical scholarship. She explains how authoritarians woo followers by offering seemingly simple solutions to complex problems, guarantees for basic services and security, and by exploiting us versus them narratives. She chronicles how some of her own peers, many of whom she hosted at a New Year’s Eve party in 1999, became true believers in the cult of illiberalism.

Benn Steil, The Marshall Plan: Dawn of the Cold War

Unfold today’s paper, open your favorite newsletter, or tune into your preferred broadcast news outlet and many of the headlines you see can be traced back to the story outlined in Benn Steil’s “The Marshall Plan: Dawn of the Cold War.” Steil, a senior fellow and director of international economics at the Council on Foreign Relations, documents how Europe was reshaped physically and politically in the immediate aftermath of World War II. The fallout between former allies—the Soviet Union and the rest of the West—led not only to the fracturing of Germany into one free and one communist state, but to the establishment of the North Atlantic Treaty Organization (NATO) and the European Union. Particularly prescient and currently relevant are the pages Steil devotes to Russia’s perception of NATO as a threat, and how they would respond to future NATO expansion. Now, with Finland and Sweden having both applied for NATO membership, this once hypothetical outcome is moving much closer to reality.

Rebecca MacKinnon, Consent of the Networked: The Worldwide Struggle for Internet Freedom

You cannot adequately assess the state of democratic freedom worldwide without considering the impact of the world wide web. Of the many boons we expected from the internet age, few held more promise than the idea of “the democratization of information,” a sort of Lutheran-esque idea of data reformation that would connect and empower all global citizens. And, yes, the internet has played a central role in disseminating news and information, documenting human and civil rights abuses, and facilitating prodemocracy movements such as the Arab Spring. It is also being leveraged by authoritarian governments, facilitating intrusive surveillance, and muddying concepts around content ownership and copyright law. In “Consent of the Networked,” researcher and digital rights advocate Rebecca MacKinnon jumps quickly from assessing the internet’s impact, to examining how to prudently manage and govern platforms and companies so as to maximize this technology’s promise and minimize its peril.

What are some of your favorite books on the topics of freedom and democracy? Connect with us on Twitter, Facebook, and LinkedIn and share your picks. The next installment of this series is coming in Fall 2022 and may be based on your selections.