The international norm against ethnic cleansing is not just being swept aside. It is at risk of being replaced. 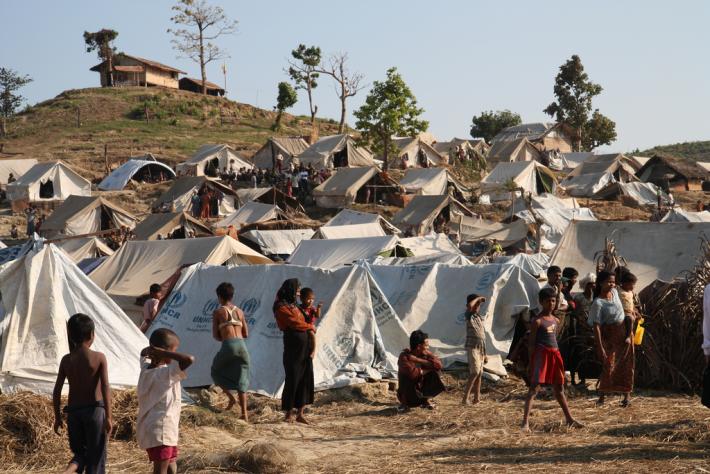 Emergency shelter and supplies are being provided to displaced people in the Rakhine State in western Burma. (Credit: Flickr/DFID-UK Department for International Development)

Ethnic cleansing, a staple of geopolitical crises in the 1990s, is making a comeback. According to Freedom in the World, the annual report on political rights and civil liberties published by Freedom House, the number of countries earning a score deduction for some form of forced demographic change increased from three in 2005 to 11 in 2018.

In Syria’s multisided war, belligerents including the Assad regime and the Islamic State have engineered mass displacement, starvation, and purges of entire communities.  And in South Sudan, both pro-government and rebel fighters have committed atrocities against civilians from rival ethnic groups, though government-aligned forces have been responsible for the worst abuses.

But the most violent outbreaks should not be allowed to overshadow or excuse more subtle efforts to forcibly alter the ethnic or religious makeup of a population. In Bahrain, the repressive Sunni monarchy has engaged in a long-term attempt to erode the Shiite majority and tip the country’s demographic balance in favor of the Sunni minority. Among other steps, the state has revoked the citizenship of hundreds of Shiite Bahrainis, and outlawed Shiite activists and opposition parties that object to such policies.

Ethnic cleansing became a global concern during the Balkan wars and the genocidal slaughter in Rwanda in the 1990s. Given the belated international response to those crises, some in the democratic world advanced a doctrine called the Responsibility to Protect (R2P), which obliges states to protect all populations from genocide and ethnic cleansing, and to intervene before the killing begins. At a 2005 UN summit, every country in the world signed a commitment to R2P.

Since that optimistic moment, democracy has been in retreat. In country after country, strongmen have eviscerated independent media, captured the judiciary, and stage-managed elections to perpetuate their rule. The failure of the United States and other democratic powers to respond effectively to these abuses has encouraged major autocracies to embrace more extreme measures, like forced demographic change, in pursuit of their domestic or geopolitical agendas.

The world’s democracies have appeared powerless to stop tragedies like those in Myanmar and Syria, whereas Russia and Iran have provided indispensable support to the regime in Damascus, and China has served as a key diplomatic backstop for Myanmar.

Indeed, both Moscow and Beijing are carrying out demographic engineering operations of their own.

Since its seizure of Crimea, the Kremlin has systematically enhanced the Russian military and civilian presence in the territory while deporting Ukrainians and Crimean Tatars, or forcing their departure through acts of persecution.

China is engaged in campaigns to transform the populations of three regions with sizable ethnic minorities: Tibet, Inner Mongolia, and Xinjiang. While all three feature organized, long-term efforts to encourage settlement by members of the Han Chinese majority and suppress the cultures and languages of the indigenous minorities, the most ambitious and brutal project is under way in Xinjiang.

Conditions in the region deteriorated sharply during the past two years as more than 1 million ethnic Muslims were detained in a vast network of “re-education” centers to undergo political and religious indoctrination. The number and size of orphanages and boarding schools have also been expanded to absorb the growing number of minority children who have been sent away for immersive Chinese-language education or whose parents are being held in the camps. Cases of torture and deaths in custody were reported throughout 2018, as was evidence that Uyghurs were transferred in large numbers to detention facilities in other provinces.

Chinese officials use reassuring terms to describe their concentration camps and ethnic removal plans, referring to urban renewal, rural development, and job training.  But the goal remains what it has always been: to obliterate unique ethno-religious cultures that have endured for centuries, using a revamped version of techniques that made Maoism an infamous symbol of totalitarian cruelty.

One could make the argument that the atrocities in places like South Sudan and Myanmar are the work of rogue regimes. But the embrace of forced demographic change by world powers, especially China, which is making an aggressive bid for global leadership, has truly alarming implications. The international norm against ethnic cleansing is not just being swept aside. It is at risk of being replaced by a new standard that authorizes rulers to use any means necessary to create their preferred citizenry — a sinister reversal of democracy, in which free citizens are meant to choose their rulers.

This article was first published by The Diplomat on February 23, 2019.