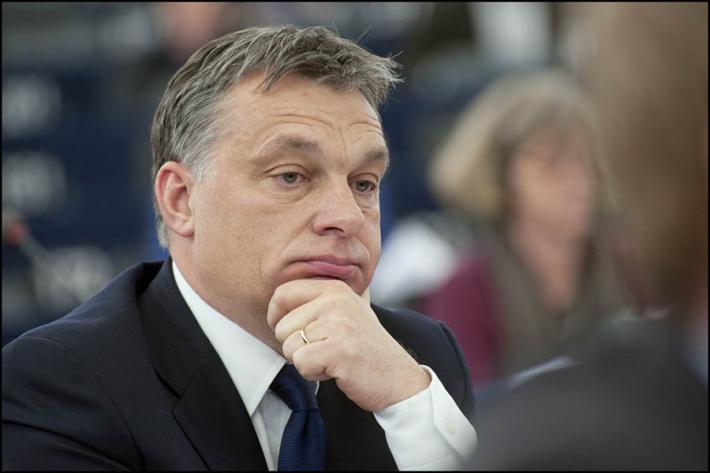 Foreign observers have developed conflicting interpretations of the phenomenon that is Hungarian prime minister Viktor Orbán, who is leading his dominant Fidesz party into national elections on Sunday. He is seen variously as a champion of conservative Christian values, a practical and clear-eyed opponent of unchecked migration, a defender of national sovereignty, a dangerous populist demagogue, a pro-Russian spoiler in Europe, or a cynical master of crony capitalism.

However, these observers are often guilty of projecting their particular concerns onto Orbán, or at least of emphasizing the qualities that best suit their larger arguments. To get a sense of the prime minister’s views, it is important to consider his own words.

The following excerpts from Orbán’s recent speeches illustrate some of his core ideas about the challenges Hungary faces, and how they relate to the upcoming elections. 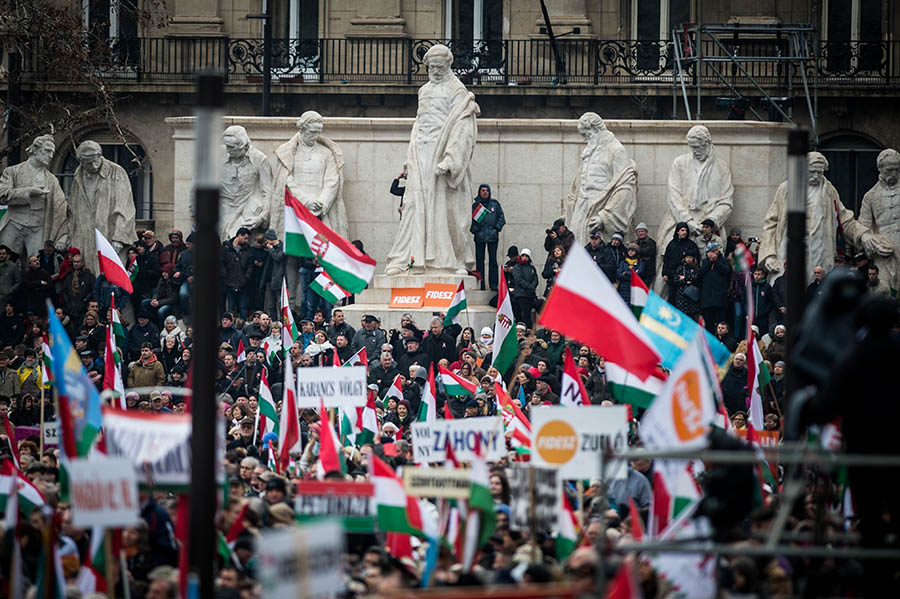 Orbán consistently argues that there is an ongoing conflict between true Hungarians and a transnational conspiracy that includes domestic enemies.

“We must fight against an opponent which is different from us. Their faces are not visible, but are hidden from view; they do not fight directly, but by stealth; they are not honourable, but unprincipled; they are not national, but international; they do not believe in work, but speculate with money; they have no homeland, but feel that the whole world is theirs. They are not generous, but vengeful, and always attack the heart—especially if it is red, white and green.” Speech commemorating the 170th anniversary of the 1848 revolution, March 15, 2018

“We, the millions with national feelings, are on one side; the elite ‘citizens of the world’ are on the other side. We who believe in nation states, the defense of borders, the family and the value of work are on one side. And opposing us are those who want open society, a world without borders or nations, new forms of family, devalued work and cheap workers—all ruled over by an army of shadowy and unaccountable bureaucrats. On one side, national and democratic forces; and on the other side, supranational and anti-democratic forces.” Speech commemorating the 170th anniversary of the 1848 revolution, March 15, 2018 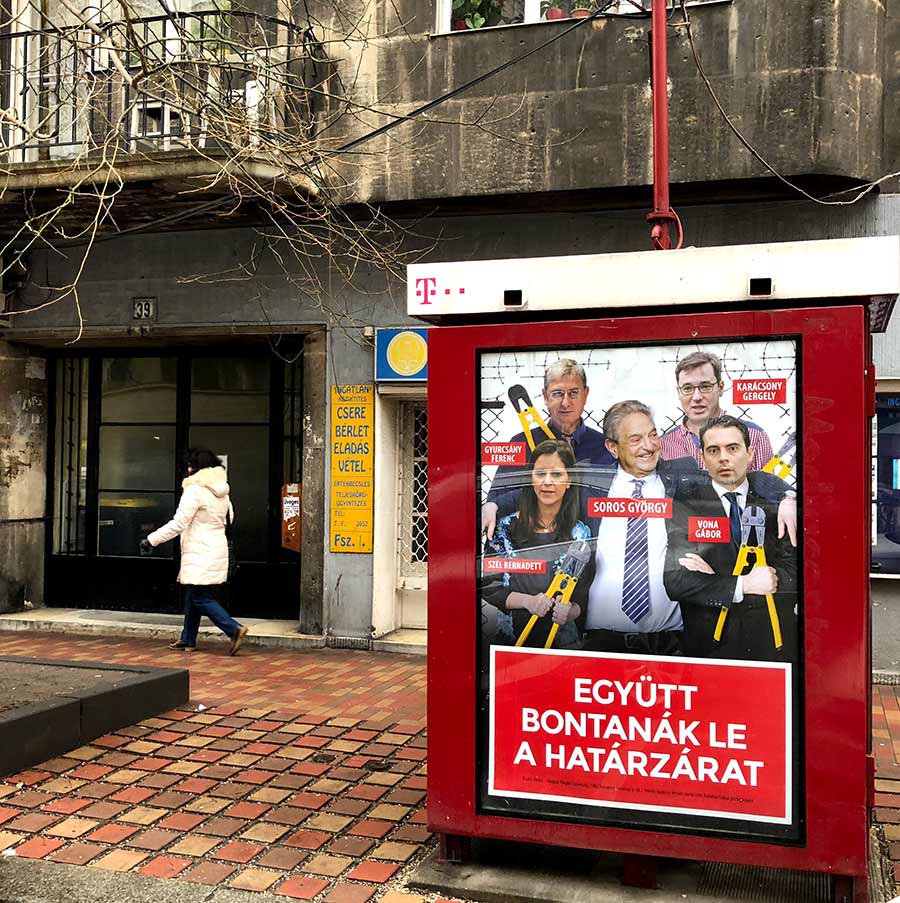 “They would tear down the fence together.” Campaign billboard in Budapest with opposition leaders and Hungarian-American philanthropist George Soros. Credit: Zselyke Csaky // FREEDOM HOUSE.

George Soros, the Hungarian-born, U.S.-based liberal philanthropist, is typically identified as the leader of the conspiracy.

“There are two ways we can vote, there are two possibilities that open up before us: either we will have a national government, and Hungary will remain a Hungarian country and we will fight for a European Europe; or there will be an internationalist government, which will in essence be installed by George Soros, and then Hungary will become an immigrant country.” Good Friday interview on Kossuth Radio, March 30, 2018

“According to the statements of officers in the Soros mercenary army, we know that around two thousand people in Hungary are being paid to work towards bringing down the Government in the current election campaign, and to create a new pro-immigration government acceptable to George Soros.… We know precisely who these people are, we know names.” Good Friday interview on Kossuth Radio, March 30, 2018

“We do not need to fight the anaemic little opposition parties, but an international network which is organised into an empire. We are up against media outlets maintained by foreign concerns and domestic oligarchs, professional hired activists, troublemaking protest organisers, and a chain of NGOs financed by an international speculator, summed up by and embodied in the name ‘George Soros.’” Speech commemorating the 170th anniversary of the 1848 revolution, March 15, 2018

“We must be prepared for a situation in which ultimately in every constituency our candidate will be standing against one Soros candidate.… We must be prepared for them adopting disguises, like last time, when they hid behind a candidate posing as an independent. They dare not admit the identity of their master.… After the election we will of course seek amends—moral, political and legal amends—but we cannot waste our strength or our time on that now.” Speech commemorating the 170th anniversary of the 1848 revolution, March 15, 2018 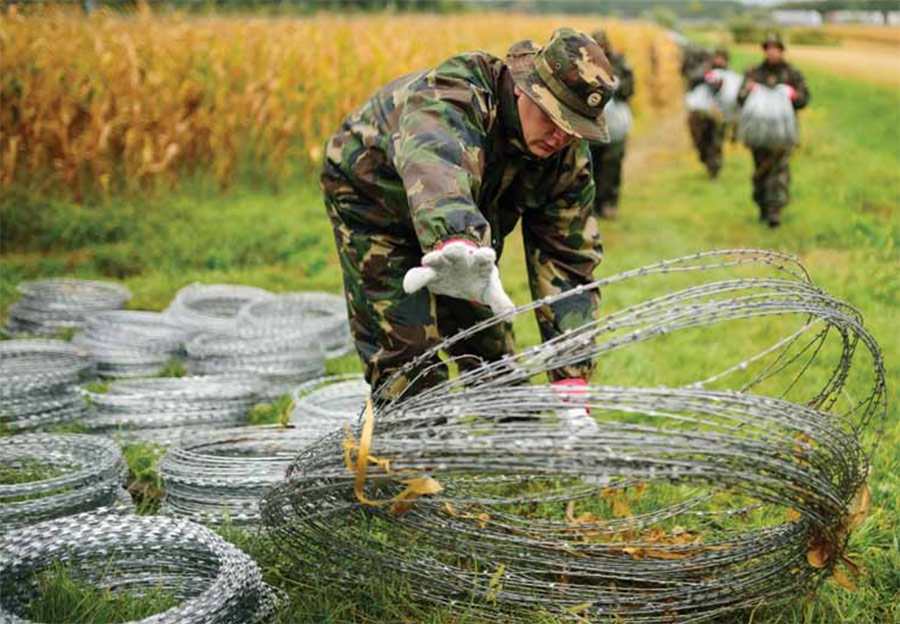 Hungarian soldiers with barbed-wire fencing on the border with Slovenia in September 2015. Photo by Jure Makovec

Orbán regularly warns of the dangers of immigration, which is portrayed as a central part of the Soros agenda.

“My task would be more difficult if there hadn’t been that attack when they kicked down the door on us and invaded Hungary, when they violated our laws and marched across Hungary in their hundreds of thousands. But that is what happened, and we all saw it. It wasn’t so long ago: it was in 2015.” Good Friday interview on Kossuth Radio, March 30, 2018

“If the country makes the wrong decision on 8 April, if we fail to learn from the mistakes of Western European countries and if we take the same direction with our immigration policy, the growth of the Hungarian economy will come to a standstill. The burden accompanying such a policy would crush the life out of us.” Speech at the inauguration of a new facility in the village of Szirmabesenyő, March 27, 2018

“The reason we do not want to become an immigrant country is not only because that would bring with it terrorism and crime, and would expose our womenfolk and daughters to danger, and because our cultural identity, too would weaken and gradually evaporate. We know all this.” Interview on Kossuth Radio, March 2, 2018 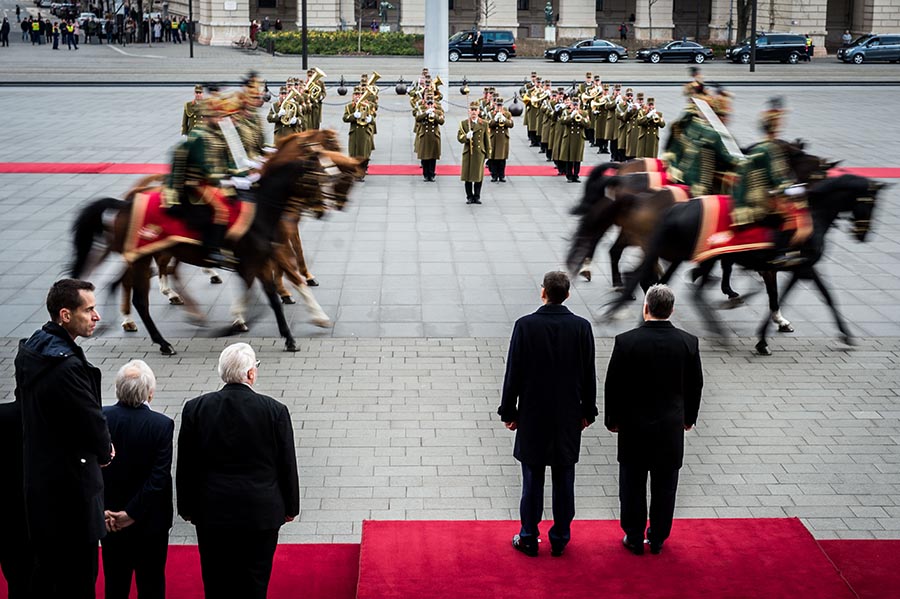 He frames the migration threat as an existential one for Hungary, which he ties to religious and cultural identity, though there is also a racial subtext.

“Hungarians are an endangered species. We are a community which, once it makes a mistake in an election, can find itself in deep trouble.… I think there are many people who would like to see the end of Christian Europe, and they believe that if they replace its cultural subsoil, if they bring in millions of people from new ethnic groups which are not rooted in Christian culture, then they will transform Europe according to their conception, and this will make the continent a better place. We utterly reject this.” Interview with Pannon RTV in Subotica, Serbia, March 27, 2018

“Now they want us to voluntarily hand our country over to others…. They want us to hand it over to foreigners coming from other continents, who do not speak our language, and who do not respect our culture, our laws or our way of life: people who want to replace what is ours with what is theirs. What they want is that henceforward it will increasingly not be we and our descendants who live here, but others.… External forces and international powers want to force all this upon us, with the help of their allies here in our country.” Speech commemorating the 170th anniversary of the 1848 revolution, March 15, 2018

“Europe and Hungary stand at the epicentre of a civilisational struggle. We are confronted with a mass population movement which is an imminent danger to the order and way of life that we have known throughout our lives up until now.… Europe is now under invasion. If we allow it to happen, in the next one or two decades tens upon tens of millions will set out for Europe from Africa and the Middle East.” Speech commemorating the 170th anniversary of the 1848 revolution, March 15, 2018

“The spectacular display of power from the non-Christian cultures of Africa and Asia that we experienced in 2015 alerted everyone to the fact that we must change our way of thinking. The economy, healthcare, education and city development are all important, but these achievements are worth nothing if in the meantime we lose our own culture.” Interview in the local council newspaper of Józsefváros, March 7, 2018