Politicized revisions of the past help antidemocratic leaders justify their actions while sowing divisions at home and abroad. 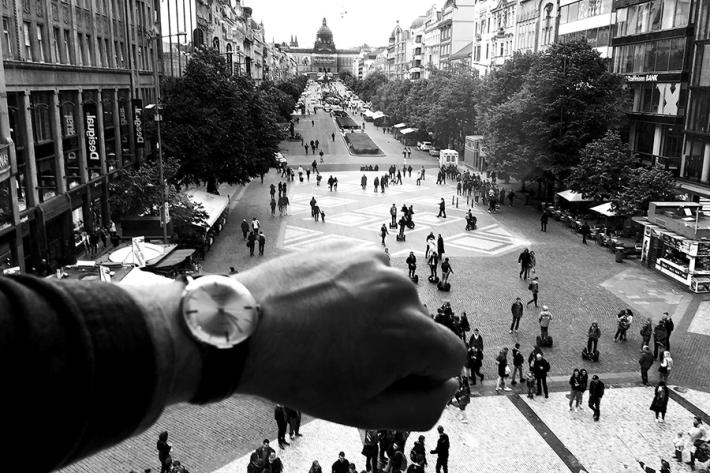 Politicized revisions of the past help antidemocratic leaders justify their actions while sowing divisions at home and abroad.

Fifty years ago today, a military force led by the Soviet Union burst across the border into Czechoslovakia to crush the Prague Spring—a nonviolent reform movement aimed at forging a democratic alternative to communist totalitarianism. The soldiers who participated in Operation Danube had been told that a CIA-inspired coup was under way, that elements within the Czechoslovak leadership had “requested fraternal aid” to restore order, and that the Czechs and Slovaks would treat them as liberators.

The Soviets later maintained the essence of these lies as official history, which their political heirs continue to promote to this day. A documentary aired on Russian television in recent years justified the invasion of Czechoslovakia in part by falsely claiming that it preempted a NATO attack.

In Prague itself, the 50th anniversary of the Soviet invasion will be marked by open discussions about the reform movement’s leading figures, its contribution to freedom, and the reasons for its failure. But the governments in some countries that suffered under Soviet occupation have ironically embarked on their own ambitious campaigns to rewrite history—especially surrounding the fight against communist rule—as a means of justifying modern-day power grabs.

In Hungary, where the right-wing government led by Viktor Orbán has crushed judicial independence, transformed once-lively media into propaganda instruments, and manipulated the electoral system to minimize the chance of defeat at the polls, a reinterpretation of Hungary’s 1956 revolt appears designed to bolster Orbán’s broader view of the nation’s history, which pits alien leftist and liberal forces against the defenders of Hungarian sovereignty and identity.

Progovernment journalists and scholars are drafting an alternative past in which Hungary’s uprising against Soviet domination and totalitarian rule was not led by local communist officials, left-leaning intellectuals, and the Catholic Church, and the only heroes were young street fighters who were often martyred. For example, they disparage the role of Prime Minister Imre Nagy, who was executed after the 1956 rebellion was crushed, and other revolutionary leftists.

In Poland, where Jaroslaw Kaczyński’s right-wing Law and Justice party has carried out a similar attack on judicial independence and other democratic checks and balances, government officials have advocated the revisionist idea that Poland’s 1989 revolution, driven by the Solidarity labor movement, was betrayed by its leaders when they pursued the country’s eventual integration with Western Europe. Lech Wałęsa, the Solidarity founder and first postcommunist president, is now routinely accused of communist collaboration.

The reinterpretation of history is not, of course, automatically objectionable. But in Hungary and Poland, the reassessments of communist-era events are being led by politicians and the state, not by independent historians. The outcome of the process is predetermined, and those who object risk being hounded into silence by the government and its propagandists.

Oddly enough, in seeking to appropriate for themselves the legacy of the fight against Soviet domination, Central European governments are following Moscow’s lead in the field of historical revisionism. Vladimir Putin has long directed a history falsification project meant, among other things, to rehabilitate Stalin and associate his own rule with past Soviet greatness.

Like Putin and his acolytes, ruling party officials in Hungary and Poland argue that the revision of history is part of their effort to reassert national sovereignty and lift their countries off their knees. Sadly, the actual result weakens these societies by denying their students a proper education and forcing honest scholars to live or publish abroad.

But the stakes are much higher than that. If the decisive factor of the Cold War was the brittleness of the Soviet system, the challenge today is the vulnerability of democracy. Dictators and demagogues have become adept at exploiting the weaknesses of democratic politics and institutions to turn citizens against one another and break down democratic alliances. Political fights over history serve both purposes by tarring critics of the revision as unpatriotic or treasonous and creating friction with neighboring states.

Fifty years on, new threats to the values that inspired the Prague Spring demand a revived movement for democracy, with tactics and ideas suitable to the task. Among other things, such a movement must recognize that lies about the past are no less dangerous than lies about the present.