How to Resist China’s Campaign of Transnational Repression 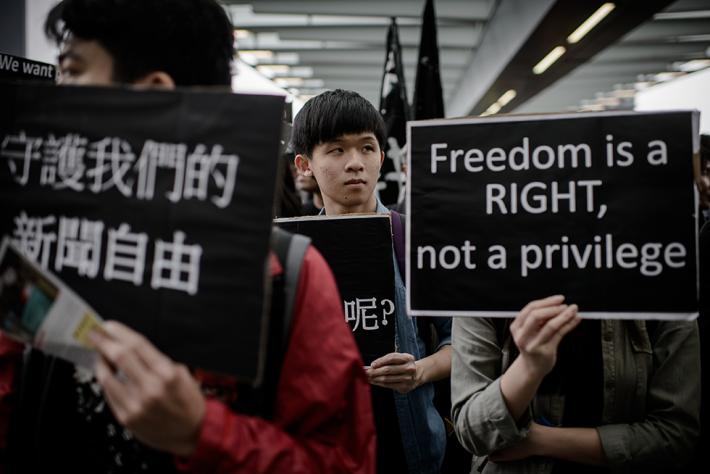 On July 7, a U.S. grand jury indicted five men for crimes connected to a Chinese government plot aimed at silencing dissidents living in the United States. While three of the men were originally charged in March, the most recent superseding indictment included two new defendants: one current and one retired employee of the U.S. Department of Homeland Security. The implication of U.S. federal officials demonstrated that the Chinese regime’s campaign of transnational repression – its efforts to reach across borders and stifle dissent by exiled activists and diaspora communities – involves not just Chinese agents operating on U.S. soil, but also the co-optation of U.S. institutions and personnel.

The use of transnational repression is spreading among like-minded authoritarian governments, and the trend may be driven in part by the proliferation of potential targets. As repression intensifies domestically in many countries around the world, more people are seeking safety abroad. In 2021 alone, some 120,000 Chinese nationals applied for asylum in other countries, not counting the tens of thousands of people who fled persecution in Hong Kong.

A recent report from Freedom House, “Defending Democracy in Exile,” examines how democracies can respond to incidents of transnational repression and identifies weak spots in existing security, migration, and foreign policies that may be exploited by autocrats seeking to control dissent abroad. An effective response requires the recognition that campaigns like the Chinese government’s are a threat to national sovereignty, democratic institutions, and the exercise of fundamental human rights.

All authoritarian governments fear dissent because it threatens their grip on power. At home and, increasingly, beyond their borders, many autocrats have found ways to intimidate, harass, and harm those who criticize them or speak out for basic freedoms. But the Chinese Communist Party (CCP) is unique in the scale and ambition of its efforts, attempting to exert control over all overseas Chinese citizens and members of diaspora communities – a fact that was recently recognized by a Canadian court.

According to Freedom House’s research, the authoritarian regime in China conducts the world’s most sophisticated, comprehensive, and far-reaching campaign of transnational repression. It is responsible for 229 of the 735 incidents of physical transnational repression recorded between 2014 and 2021, targeting people on every inhabited continent and in at least 36 countries.

Mirroring the patterns of its repression at home, the CCP targets individual dissidents, their family members, and entire ethnic, religious, or social groups. Those at risk include former student activists from the 1989 Tiananmen Square protests, Hong Kongers, Uyghurs, Tibetans, Mongolians, Falun Gong practitioners, human rights activists, journalists, former state employees, and others who criticize the regime. In February, U.S. figure skater Alysa Liu had to compete in the Beijing Winter Olympics under escort and with security assurances after she and her father, a political refugee and human rights activist, were targeted in a transnational repression scheme that was foiled by the U.S. Federal Bureau of Investigation (FBI).

Ask, Threaten, or Bribe: Overt and Covert Tactics for Targeting Individuals Abroad

The diverse tactics of transnational repression include assassinations, renditions, unlawful deportations, assaults, digital surveillance and harassment, and coercion of family members and friends in the home country. The chilling effects of these attacks ripple out beyond the individual target, deterring dissent across diaspora communities. Direct, unilateral attacks, like the murder of journalist Jamal Khashoggi by Saudi agents at a consulate in Istanbul, tend to grab headlines. However, it is far more common for authoritarian actors to accomplish their goals with the help of governments in the countries where exiles reside, either through overt bilateral cooperation or the manipulation of host country agencies and institutions. Given its significant economic and geopolitical clout, the Chinese government has been especially adept at securing cooperation from a wide range of foreign governments.

Chinese officials have been able to manipulate countries as diverse as Serbia, Egypt, Malaysia, Kazakhstan, and Nepal to detain and sometimes repatriate targeted individuals. Authorities in Turkey, long a relatively safe haven for Uyghurs, increasingly pressured them during 2021 as the country’s economic and diplomatic relationship with China grew closer. Turkish officials arrested several groups of Uyghurs and threatened them with deportation after they participated in protests outside Chinese diplomatic facilities in the country. Authorities in Saudi Arabia and the United Arab Emirates have similarly facilitated Beijing’s transnational repression.

Despite growing awareness of the issue, the Chinese regime continues to abuse Interpol Red Notices, employing them to detain and repatriate people from countries including Cambodia, Poland, South Korea, and Kenya. Last year, Beijing was able to detain a Uyghur activist, Idris Hasan, in Morocco despite the fact that Interpol canceled its notice shortly after he was arrested. Hasan is now awaiting extradition to China.

The Chinese government has concluded 34 extradition treaties and has more under consideration, including with Turkey. Even if they do not result in expulsions, these agreements can interfere with people’s ability to claim asylum. In 2020, the Chinese embassy in Kyiv petitioned the Ukrainian migration service to deny the asylum claim of Ersin Erkinuly, an ethnic Kazakh who had fled Xinjiang, and return him to China. He has since fled to Europe and most most recently detained in Germany for “illegally crossing a border.”

In Western Europe, Beijing has tried to use diplomatic backchannels to silence critics. In 2019, Chinese agents met with Angela Gui to warn her to stop advocating for her father, Swedish citizen Gui Minhai, himself a victim of transnational repression who had been kidnapped from Thailand, brought to China, and eventually sentenced to 10 years in prison on politically motivated charges. The agents were able to arrange the meeting with Angela Gui through Anna Lindstedt, then the Swedish ambassador to China.

Where official channels of cooperation are less susceptible to manipulation, the Chinese government has nonetheless found the means to target individuals. For example, it has pursued thousands of people in at least 90 countries since 2014 through its “anti-corruption” Fox Hunt campaign, which tries to pressure individuals to either return to China to face criminal accusations or else take their own lives. Fox Hunt, and its partner campaign, SkyNet, are effectively attempts to export the Chinese legal system beyond the country’s physical borders.

In the United States, the Chinese government has targeted former student activists from the 1989 Tiananmen Square pro-democracy movement, including a candidate running for a seat in the U.S. House of Representatives. Agents of China’s Ministry of State Security plotted to collect or fabricate damaging information on this individual or even to physically assault him, evidently fearing the impact of his critical stance on the CCP if he were elected to office. Other schemes have entailed surveilling artists, activists, and members of the Tibetan, Uyghur, Falun Gong, Hong Kong, and other diaspora communities in the United States.

In these efforts, the Chinese agents hired Americans as private investigators, including current Department of Homeland Security and New York City Police Department officers. Chinese government actors have also attempted to bribe an agent of the Internal Revenue Service. Such tactics not only threaten the integrity of government agencies but also degrade trust between the affected diasporas and U.S. authorities.

Freedom House’s recent research identified a number of policies and practices that democratic host governments have used to protect exiles and diasporas from transnational repression.

In the field of security policy, awareness of the threat among law enforcement agencies helps to proactively protect potential victims and facilitates reporting by those targeted. In the United States, the Department of Justice has issued indictments that send a powerful message about how the government will respond to efforts by foreign security services to intimidate U.S. residents. The FBI has a website with information on transnational repression, and it has circulated two unclassified counterintelligence bulletins about common tactics. These measures build resilience among vulnerable communities and impose accountability on agents of foreign states and the people who work for them.

In the migration sphere, helping Uyghurs and other targeted groups gain permanent lawful status can protect them from continued repression. Potential means to this end include special migration pathways like those available in Turkey, official recognition of group persecution to ease asylum claims as in Sweden, and opening new refugee resettlement programs for human rights defenders as in Canada.

Ultimately, governments that host exiles and dissidents must impose accountability for transnational repression on senior officials in perpetrator states like China. The United States has already applied visa bans on Chinese nationals for other attacks on human rights at home and abroad. Democracies can and should impose similar targeted sanctions on those responsible for transnational repression. They should also screen incoming diplomatic staff for any past involvement in harassment of exiles. Multilateral action will improve the effectiveness of any such measures, particularly when it comes to curbing the misuse of Interpol Red Notices and other alerts.

While many of the remedies adopted to date are welcome, they are only a start. Much more is required to ensure consistent protection for exiles and diaspora groups. The United States, for example, has taken a number of important measures to counter transnational repression, but it has not admitted any Uyghurs through its refugee resettlement program in the last two years. Taiwanese authorities have prosecuted perpetrators of physical attacks on exiles from nearby Hong Kong, but its relatively strict migration policies for Hong Kongers and mainland Chinese have forced many asylum seekers to move on to other countries after failing to obtain permanent residency.

Despite growing awareness of its authoritarian practices at home and abroad, the CCP continues to brazenly harass and intimidate those whom it views as a political threat. The scope of Beijing’s transnational repression campaign calls for a strong and coordinated democratic response that can both protect fundamental human rights and stem the rising tide of global authoritarianism.

This article was originally published in The Diplomat. You may access the original piece here.