Freedom House's Zselyke Csaky answers key questions about the state of emergency and what other actions we can expect from the newly empowered government. 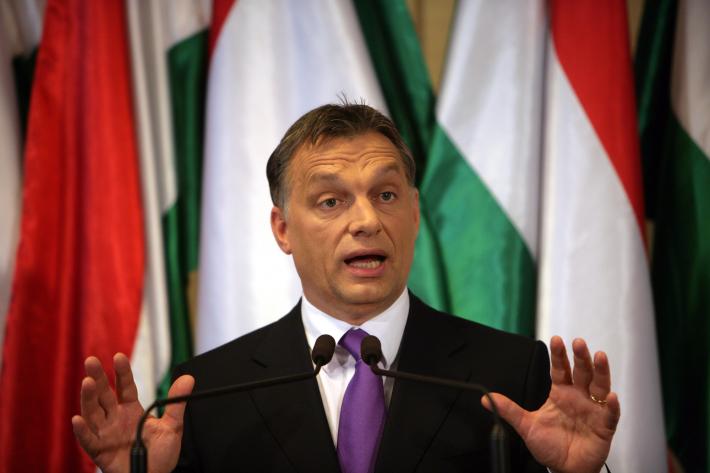 1. What is the current status of COVID-19 in Hungary?

As of Monday morning, there were 744 officially confirmed cases in Hungary, with 38 deaths and 14,325 people in home quarantine. The authorities are conducting roughly the same number of tests per capita as Poland or Bulgaria, but many fewer than the Czech Republic, Slovenia, or most countries Western Europe, which could explain the high death rate of 5 percent. While health officials themselves emphasize that actual infection figures could be 10 times higher, concerns persist regarding the government’s transparency and sharing of information about the crisis.

2. What are the effects of the new legislation?

The “coronavirus law,” adopted by Hungary’s parliament on March 30, gives practically unlimited powers to the government. It extends the validity of government decrees issued under a state of danger, one of the six types of states of emergency in Hungary’s constitution, from 15 days to an indefinite period. This means that the government will be able to rule by decree without effective parliamentary oversight or a predefined end date. The law itself requires that any emergency measures be necessary and proportionate responses to the crisis and, despite some early reporting to the contrary, it does not suspend the parliament—in fact, the parliament can revoke the emergency powers at any time. But this is unlikely to happen given that the governing Fidesz party has a supermajority in the legislature.

The “coronavirus law” could also produce massive chilling effects. The law introduces two permanent changes to the criminal code, punishing interference with the implementation of a quarantine order with up to five years in prison (up to eight years if it results in death), and expanding the offense of “dissemination of false information” to include the obstruction an “efficient response,” also punishable by five years in prison. Although that provision is limited to acts committed with an intent to create panic or unrest (“scaremongering”), it is not hard to see how such vaguely worded prohibitions could deter independent journalism or other legitimate speech that conflicts with the government narrative.

3. What are the concerns regarding democracy?

On the one hand, the “coronavirus law” opens the door very wide for potential future abuses and serves as the first step—or perhaps a leap—down that proverbial slippery slope. From now on, the government will be able to act very quickly and without the modicum of legislative transparency previously provided by Hungary’s waning democratic institutions.

On the other hand, it could be argued that the law simply lays bare what has been the case for some time in Hungary: that neither the parliament nor the courts provide meaningful checks on government power. Still, to evaluate the full impact of the law, we should focus on what the government does with its new-old powers.

4. What should we be watching for now?

We should pay close attention to any actions the government takes under the aegis of its crisis response, whether they are directly approved by the parliament or come in the form of executive decrees under the “coronavirus law.”

Special scrutiny should be applied to the media, which have been under significant strain for a decade. The independent press has been severely weakened by economic pressures and government takeovers, and it is now suffering from the initial financial consequences of the health crisis, as Andras Petho of the investigative journalism center Direkt36 notes in a recent assessment.

We should also watch what happens to local governments and the opposition, which have a crucial role to play in arresting Hungary’s democratic decline and which have already been hit hard. Although the national government introduced and a few hours later withdrew a law that would have limited local governments’ powers last Wednesday, the latest economic package, announced on Sunday, would take away half of the state funding they receive and give it to a special coronavirus fund.

Finally, as we have learned over the past decade, vulnerable minorities always make ready scapegoats and are often the first victims of government abuse. Last week’s introduction of a law in the parliament that would ban legal recognition for transgender people could be a sign of more to come.