Investigative Journalism in China Is Struggling to Survive

State controls and economic pressures have stifled high-quality reporting in one of the world’s most important countries. 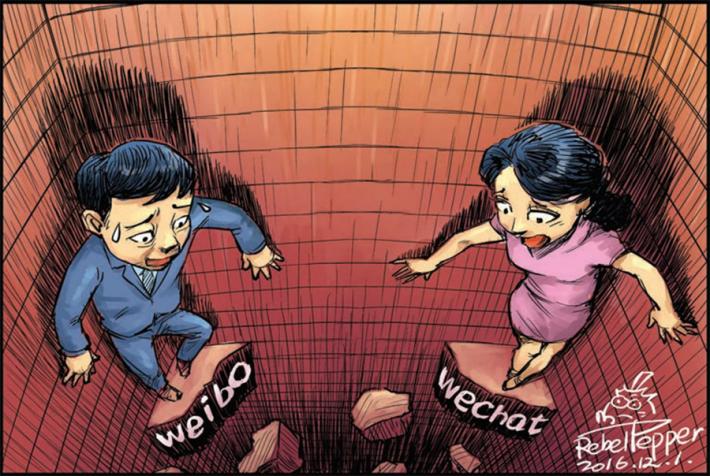 State controls and economic pressures have stifled high-quality reporting in one of the world’s most important countries.

Chinese journalists have long operated in an extremely restrictive media environment, but conditions for investigative journalism and liberal commentary in particular have deteriorated since 2013. That year, journalists at the respected newspaper Southern Weekly held protests in defense of press freedom but ultimately failed to curb censorship at the outlet.

Since then, the ruling Communist Party has put increasing pressure on journalists and commercial news outlets to self-censor and propagandize. Sleek state-subsidized media projects like The Paper have been encroaching on more independent-minded publications, while a series of new internet regulations are squeezing online media companies and bloggers alike.

Although those immediately affected by such trends are members of a relatively small community of intrepid reporters, the impact on news consumers is far-reaching, limiting the availability of high-quality journalism and accurate information on matters of public interest for tens of millions of Chinese readers and internet users, not to mention the wider world.

Even in the face of these challenges, muckraking reporters in China persist in their efforts to hold powerful companies and officials accountable for their actions. The international nonprofit Global Investigative Journalism Network recognized 13 examples of first-class reporting by Chinese journalists on social issues, unscrupulous business schemes, and abusive institutions in 2017. In a sign that at least some such stories are still able to break through censorship barriers and trigger national conversations, five of the 13 were also among the year’s top 10 “society news stories” listed by China’s Baidu search engine, and several of them sparked official investigations.

Still, one can only imagine the stories that would be brought to light, the officials who would be held to account, and the lives that would be saved if the country’s investigative journalists were given free rein to do their jobs.

Sarah Cook is a senior research analyst for East Asia at Freedom House and director of its China Media Bulletin. Anne Henochowicz is a commissioning editor for the China Channel, an affiliate of the Los Angeles Review of Books.