Freedom House honors the secretary general of the Organization of American States for his work on behalf of Venezuela’s political prisoners and their families. 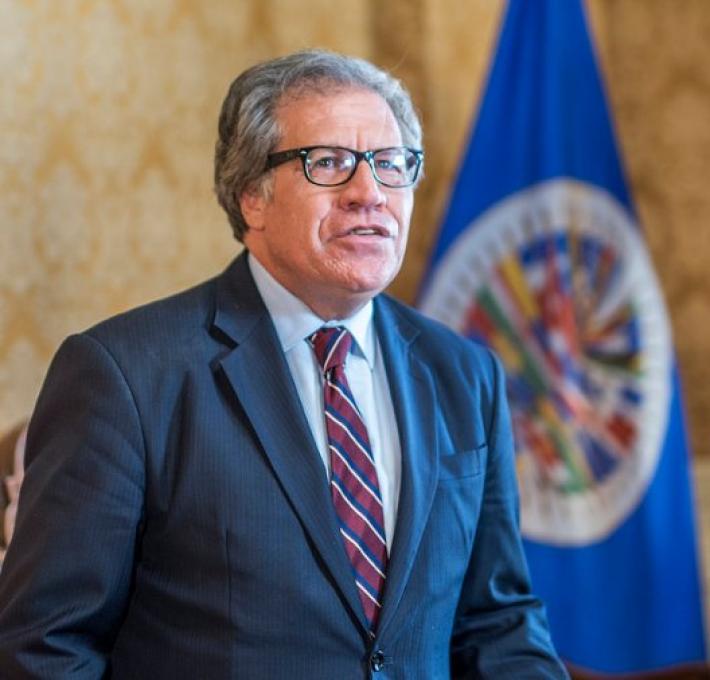 Freedom House honors the secretary general of the Organization of American States for his work on behalf of Venezuela’s political prisoners and their families.

Since taking office as secretary general of the OAS in 2015, Luis Almagro has been an outspoken defender of democratic values in Venezuela, where the government of President Nicolás Maduro has intensified political repression and exacerbated a dire economic and humanitarian crisis.

At its annual awards dinner tonight, Freedom House will present Almagro with its Freedom Award, in recognition of his efforts to assist the growing number of politicians, journalists, students, professors, and other Venezuelans who have been jailed for political reasons and often physically abused in custody.

The following are excerpts from a recent speech in which Almagro linked Venezuela’s struggle with the broader fight for freedom and equality in the Americas:

“Today, we find ourselves trying to help Venezuela out of its crisis. Venezuela stands out as the only democracy to have deteriorated into a full-scale dictatorship.

The government, only concerned with maintaining their power and wealth, acts with total impunity—it has become the very thing that threatens the survival of its citizens.

Therefore, the OAS Permanent Council decided to move forward with the democratic charter and find ways to restore democracy.…

Venezuela, what should be one of the most prosperous countries in the hemisphere, shows us the cost of a failed democracy. It shows us the price of exclusion, of polarization, of failed government. It should be a warning for us all.

Inequality is the greatest weakness to both our economy and our democracy. Both power and wealth are strengthened when they are diversified.

In a democracy, this is illustrated by the importance of the separation powers between the branches of government. The Executive, the Legislative and the Judiciary each have a vital role to play and a different set of interests to represent.

A democratic government is designed with these institutions providing checks and balances to one another, so they cannot supersede each other’s power. The more that power is shared, the more people will benefit.

A regular transition of power is a sign of a healthy democracy—the importance of peaceful and periodic changes of government cannot be emphasized enough.…

What has also proven to be one of the greatest challenges to stability and sustainable growth, and one of the biggest impediments to consolidating our democratic gains is corruption.

Corruption not only affects citizens economically but undermines the public’s trust in the governments elected to serve them, fostering instability and insecurity.

Embedded institutional corruption results in the gradual atrophy of democratic norms and institutions. Just because a shift is gradual, it doesn’t take away its significance.

Across the Americas, political corruption has mobilized citizens to take to the streets to demand transparency and accountability, and end this impunity.

Political campaigns are being fought, and won to push out corrupt leaders and challenge entrenched elites that undermine democracy and growth because they committed to the status quo and blocking any meaningful changes or reforms.…

There is one thing of which I am certain. The people of Venezuela will work through this crisis, and once again we will see Venezuela return to the path towards democracy and prosperity.”