This year marks the centenary of the Bolshevik Revolution, a fitting moment to take note of communism’s legacy. 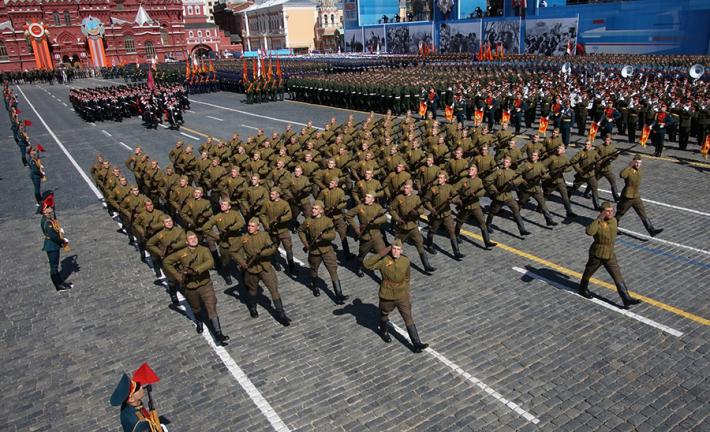 This year marks the centenary of the Bolshevik Revolution, a fitting moment to take note of communism’s legacy.

Communism is rightly considered one of the two great totalitarian movements of the 20th century, the other, of course, being Nazism. But there is an important difference in how the world has treated these two execrable phenomena.

Nazism is regarded as a monstrosity that must never again be tolerated by the civilized world. Modern Germany has banned admiration of Adolf Hitler, the symbols of the Nazi movement, and the ideas used to justify its crimes. Current political movements of the nationalist-populist right are judged by how completely they purge their ranks of antisemitic innuendos and fascist insignia. While such taboos may be breaking down as far-right parties gain ground across Europe, they exist in the first place because Nazi rule was widely assessed as a headlong rush to catastrophe.

Communism, however, survived long enough to become something else. Revolutionary and murderous in its early stages, the Soviet system evolved into a practical methodology for the control of human beings. Pervasive repression made concerted opposition impossible, and communist regimes eventually found it easier to simply send dissidents into exile (in East Germany, they were sold to West Germany for hard currency), deny them their status as professionals, or bar their children from higher education. These were softer tactics than mass killing, but nonetheless effective. At least for a time.

The DDR Museum in Berlin is dedicated to Germany’s communist experience, with a series of exhibits that convey a sense of everyday life in the German Democratic Republic (GDR, or DDR in German).

Visitors can see the household goods and clothing that predominated in East Germany during its 40-plus years in existence. There is a Trabant, the East German automobile notorious for its stone-age engineering. A black-and-white television features a propaganda speech before a Communist Party conclave where members dutifully applaud one another, Soviet style. There are images of numbingly functional, soulless housing blocks. There are bugging devices and other eavesdropping paraphernalia.

The society depicted in the exhibits is not a hell on earth. Grim and drab, perhaps. But East Germany was the poster child for communist success. It had the highest standard of living in the Soviet bloc and impressive technological achievements. Through the prowess of steroid-saturated Olympic athletes, East Germany could boast of an international prestige that, in the sports universe, rivaled that of the Soviets themselves.

Mainly, though, the GDR excelled in the technologies of political repression. In books like Stasiland and films like The Lives of Others, we are reminded of the uniquely sinister nature of the GDR’s methods of control, with its palisades of files on 17 million citizens, comprehensive surveillance, and reliance on thousands upon thousands of informants—husbands, wives, best friends, colleagues—signifying personal betrayals on a hideous scale. Proud of their thoroughness, the Stasi, the GDR’s secret police, did not require guidance from their Soviet brethren, believing, with justification, that they were the masters of modern totalitarian domination.

The system far outlasted Nazism, but was ultimately too oppressive to survive in a world with better options. People risked everything to escape. The museum at Checkpoint Charlie, also in Berlin, stands as a shrine to those who fled from east to west—jumping over the wall, digging under its base, via balloon, by homemade submarine—and to those, 139 in all, who died in the attempt.

After the Soviet Union’s collapse, a Hungarian friend predicted that communism would make a comeback, but “without the stupidities.” By this he meant details like overt censorship, mass travel restrictions, and, crucially, the prohibition on private property.

Something like this has taken place during the 21st century. The regimes in both Russia and China have developed more subtle methods to control political discourse and prevent a potent opposition from emerging. There is no great idea behind this new system. The official ideology, like the other most detested features of Soviet rule, has effectively been jettisoned. Instead leaders cite the need for stability, the general goal of prosperity, and great power aspirations as justification for their updated version of autocracy.

Where the Soviet system was rigid, today’s autocrats are flexible and pragmatic. Where the older generation of communists were bureaucratic and slothful, today’s dictators are dynamic, resourceful, and hard-working. They are especially diligent at targeting and neutralizing potential centers of opposition. And they are grimly determined to avoid the mistakes of Mikhail Gorbachev in allowing liberal ideas to infect and destroy the system.

Thus the legacy of communism endures, not in its ideological tenets of socialism and human equality—Russia and China are two of the world’s most unequal societies—but in its identification of democracy and individual freedom as the foes that the machinery of the state must be organized to suppress.